WASHINGTON (AP) — Republicans mounting an unprecedented challenge to Joe Biden’s election win are setting up a congressional showdown on Wednesday that threatens to divide their party and the country for years to come.

With protestors already gathering in Washington to support President Donald Trump, the House and the Senate will convene a joint session to count the electoral votes cast in November’s election. Trump has repeatedly said there was widespread fraud, but his claims have been roundly rejected by Republican and Democratic election officials in state after state and by judges, including at the Supreme Court, further cementing Biden’s victory.

Trump sees the joint session of Congress as one of his final attempts to overturn the results, even though there is no credible path for that to happen. Echoing Trump’s baseless claims, some of his Republican allies in Congress plan to formally object to the results, focusing on six battleground states — Arizona, Georgia, Michigan, Nevada, Pennsylvania and Wisconsin. But a growing number of their GOP colleagues, especially in the Senate, said they would not sign on. 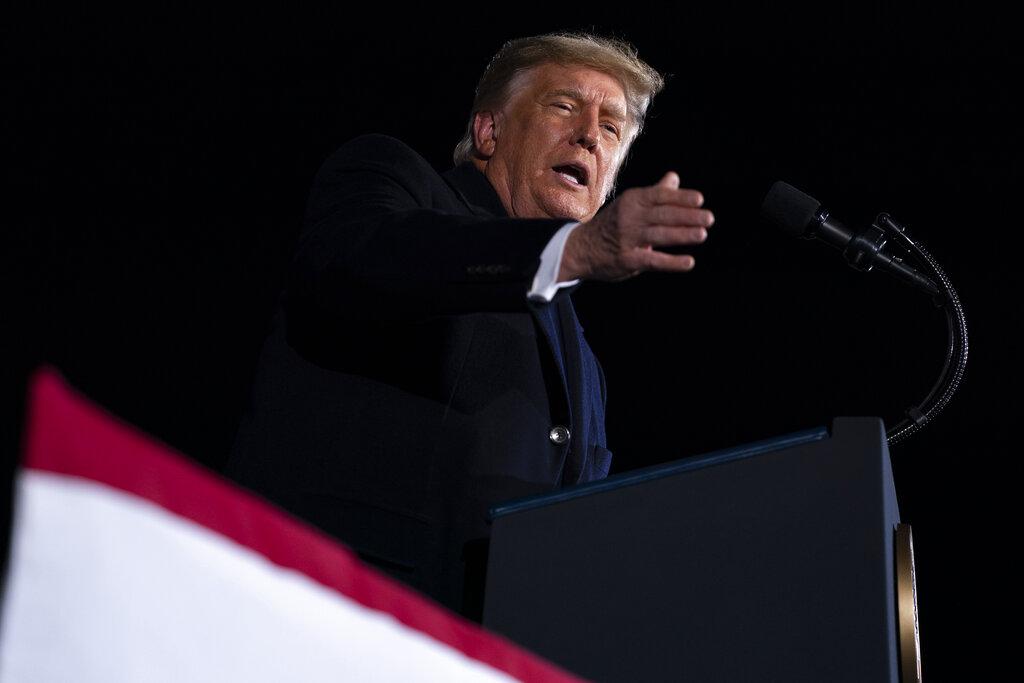 If an objection has support from both a House member and a senator in writing, then both chambers will vote on it. That could happen three or more times on Wednesday as Republican Sens. Josh Hawley of Missouri, Ted Cruz of Texas, and Kelly Loeffler of Georgia, along with at least ten other GOP senators, have indicated they will support at least some of the House challenges. It is unclear just what the Republican senators will do, but the process could drag into the night as the two chambers will have to consider each objection individually.

There could be more than 100 Republicans in the House willing to object.

The challenge to the presidential election is on a scale unseen since the aftermath of the Civil War, though the typically routine process of confirming Electoral College votes has been hit with brief objections before. In 2017, several House Democrats challenged Trump’s win, but Biden, who presided at the time as the vice president, swiftly dismissed them to assert Trump’s victory. In 2005, a challenge by a Democratic House member and a Democratic senator to George W. Bush’s victory in Ohio was quickly dismissed by both chambers.

The effort this week is expected to be much broader, but is all but certain to fail. Biden is set to be inaugurated Jan. 20.

Republicans had not yet settled on a full strategy the night before the joint session. A late-night meeting on Monday convened by Cruz reached few conclusions, according to two Republicans familiar with the situation and granted anonymity to discuss it. Cruz will object to electoral results from Arizona, another Republican said — likely to be the first objection considered, in a state Biden won.

Hawley has said he will object to the Pennsylvania results, and Loeffler may object to Georgia, where she was vying to keep her seat in a runoff election on Tuesday.

With mounting desperation, Trump declared at a campaign rally for Loeffler and David Perdue in Georgia Monday that he would “fight like hell” to hold on to the presidency and he appealed to Republican lawmakers to reverse his election loss. Perdue is seeking another six years in the Senate, but his term expired Sunday.

The days ahead will be defining for his presidency. Trump is whipping up crowds and people are gathering in Washington, where security is on alert. Lawmakers are being told to arrive early at the Capitol and some are considering sleeping overnight in their offices to ensure they can safely access the building amid the protests.

Vice President Mike Pence will be closely watched as he presides over the session. He is under growing pressure from Trump and others to tip the results in Trump’s favor. But Pence has a ceremonial role that does not give him the power to affect the outcome.

“I promise you this: On Wednesday, we’ll have our day in Congress,” Pence said while himself campaigning in Georgia ahead of Tuesday’s runoff elections that will determine control of the Senate. But he did not detail what that meant.

The high-stakes decisions on whether to ally with Trump are splitting the Republican Party. A range of Republican officials — including Gov. Larry Hogan of Maryland; Rep. Liz Cheney of Wyoming, the third-ranking House GOP leader; and former House Speaker Paul Ryan — have criticized the GOP efforts to overturn the election. And more than a dozen Republican senators have said they will not support the effort.

“The 2020 election is over,” said a statement Sunday from a bipartisan group of 10 senators, including Republicans Susan Collins of Maine, Lisa Murkowski of Alaska, Bill Cassidy of Louisiana and Mitt Romney of Utah. Several others have said they, too, will not back objections, including Republican Sens. John Thune of South Dakota, the No. 2 Republican in the Senate who said last month he thought any challenges would go down “like a shot dog.”

In a statement Tuesday, South Carolina Sen. Tim Scott said that as he reads the Constitution, “there is no constitutionally viable means for the Congress to overturn an election wherein the states have certified and sent their electors.”

Senate Majority Leader Mitch McConnell has tried to prevent his party from engaging in the battle, which could help define the GOP in the post-Trump era and create lingering resentments among Republican voters.

Both Hawley and Cruz are potential 2024 presidential contenders, vying for Trump’s base of supporters. Some other potential candidates, including Arkansas Sen. Tom Cotton, have chosen not to challenge the results.

Cruz’s coalition of 13 senators has said it will vote to reject the Electoral College tallies unless Congress launches a commission to immediately conduct an audit of the election results. Congress is unlikely to agree to that.

Facing the criticism from many in his own party, Cruz has attempted to put a finer point on his challenge. The commission remains his focus, he has said, not to undo the election results, even though that would be the practical effect of a successful objection.

“We are going to vote to object to the electors — not to set aside the election, I don’t think that would actually be the right thing to do,” Cruz said on Mark Levin’s conservative talk radio show Monday. “But rather to press for the appointment of an electoral commission.”

When the two chambers split to consider the objections and vote, House Speaker Nancy Pelosi, D-Calif., will preside over the House. If Pence does not preside over the Senate, it will be Iowa Sen. Chuck Grassley, who serves as Senate pro tempore because he is the longest-serving senator in the majority.