Many details surrounding the Christmas Day bombing in downtown Nashville remain unclear, including the bomber’s motive and any possible ties to extremist groups.

So far, the FBI has not labeled the incident an act of domestic terror.

“When we assess an event for a domestic terrorism nexus, it has to be tied to an ideology. It’s the use of force or violence in the furtherance of a political or social ideology … we haven’t tied it to that yet,” Doug Korneski, special agent in charge of the FBI in Memphis, said Sunday.

But the bombing has renewed people’s concerns about the rise of domestic terrorism, and the proliferation of racist ideology by white supremacists.

Experts say that includes a special concern over individual actors who may not be associated with a specific ideology.

“The term I use is idiosyncratic lone wolf … an individual who is motivated by an internal pathology, an internal dynamic,” said Tom Mockaitis, a security and terrorism specialist and a professor of history at DePaul University. “It’s hard to know what motivates them, you don’t know what the agenda is, they’re not part of a group.” 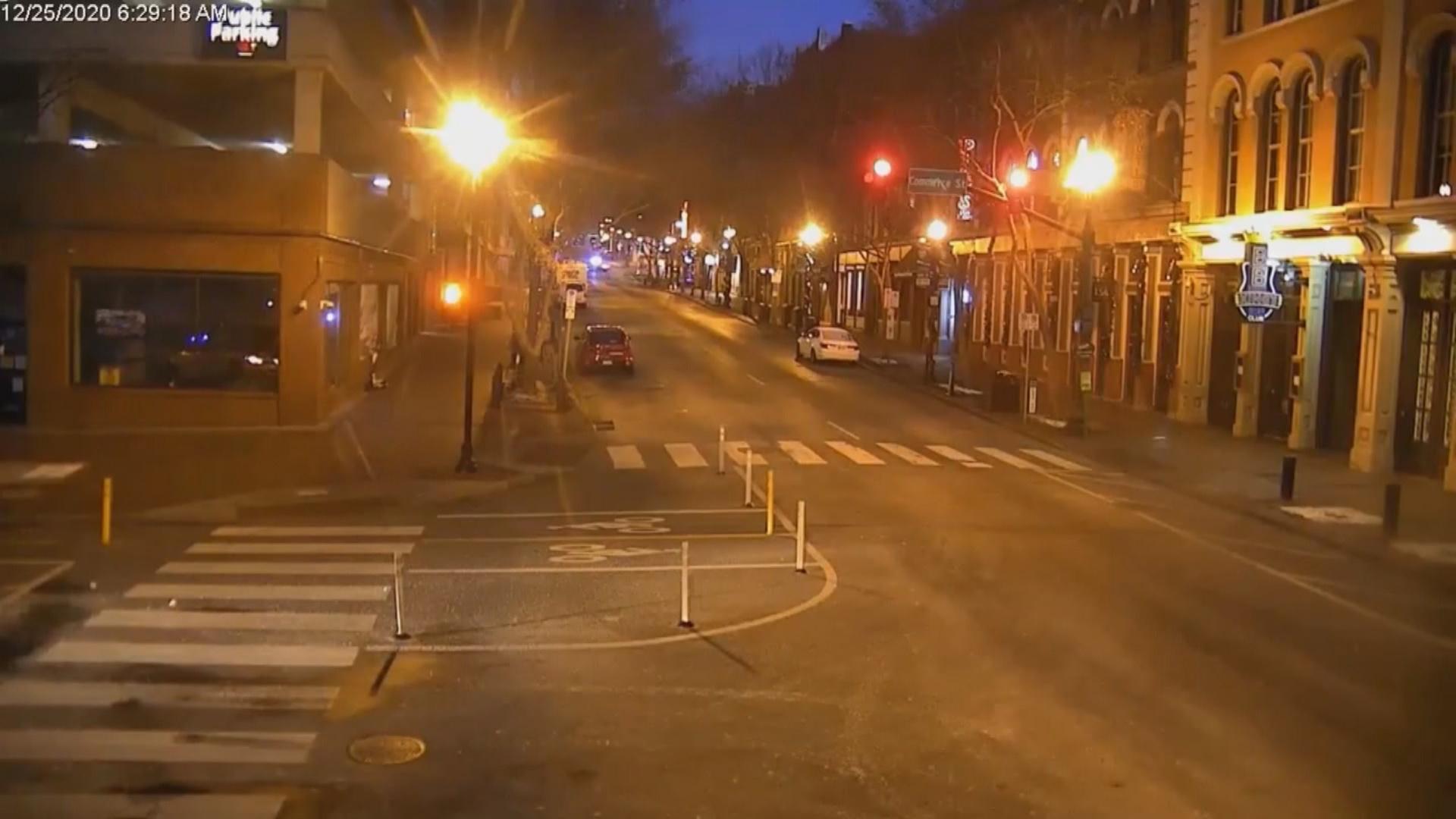 An image taken from video footage shows downtown Nashville, Tennessee, in the seconds before an explosion rocked the area on Dec. 25, 2020. (WTTW News via CNN)

Brian Levin, director of the Center for the Study of Hate and Extremism at California State University, San Bernardino, calls these extremists “wild cards” who aren’t necessarily attached to a larger group or movement.

“We have folks who are online more … gun sales have gone up, the percentage of people saying that violence is OK, political polarization, all this kind of fragmentation creates these ticking time bombs,” Levin said. “But unlike in the past, when there was a hierarchical group, now they dine at a buffet where they take a variety of ideologies, some of which seem to be conflicting with each other.

The Nashville bombing comes as white supremacist groups like the Proud Boys and others are planning protests in Washington, D.C., ahead of the President-elect Joe Biden’s inauguration.

Mockaitis says he’s concerned that once Congress ratifies the presidential election in early January, there could be a spike in extremist violence.

“As long as Trump keeps dishing out these bizarre hopes and theories, people are going to hang back. I’m not sure what will happen in the aftermath, it still continues to worry me,” Mockaitis said.

Both Mockaitis and Levin say the incoming Biden administration should act immediately to curb the rise of hate crimes and domestic terrorism.

“We have to tone down the rhetoric,” Levin said. “I think just getting Trump out of the spotlight will have an effect, but we have to rebuild our infrastructure that deals with extremism, we have to have a more civic dialogue, and we have to make this a nonpartisan type of approach.”