The Lawn vs. Leaves Debate Continues. Is There a Compromise? 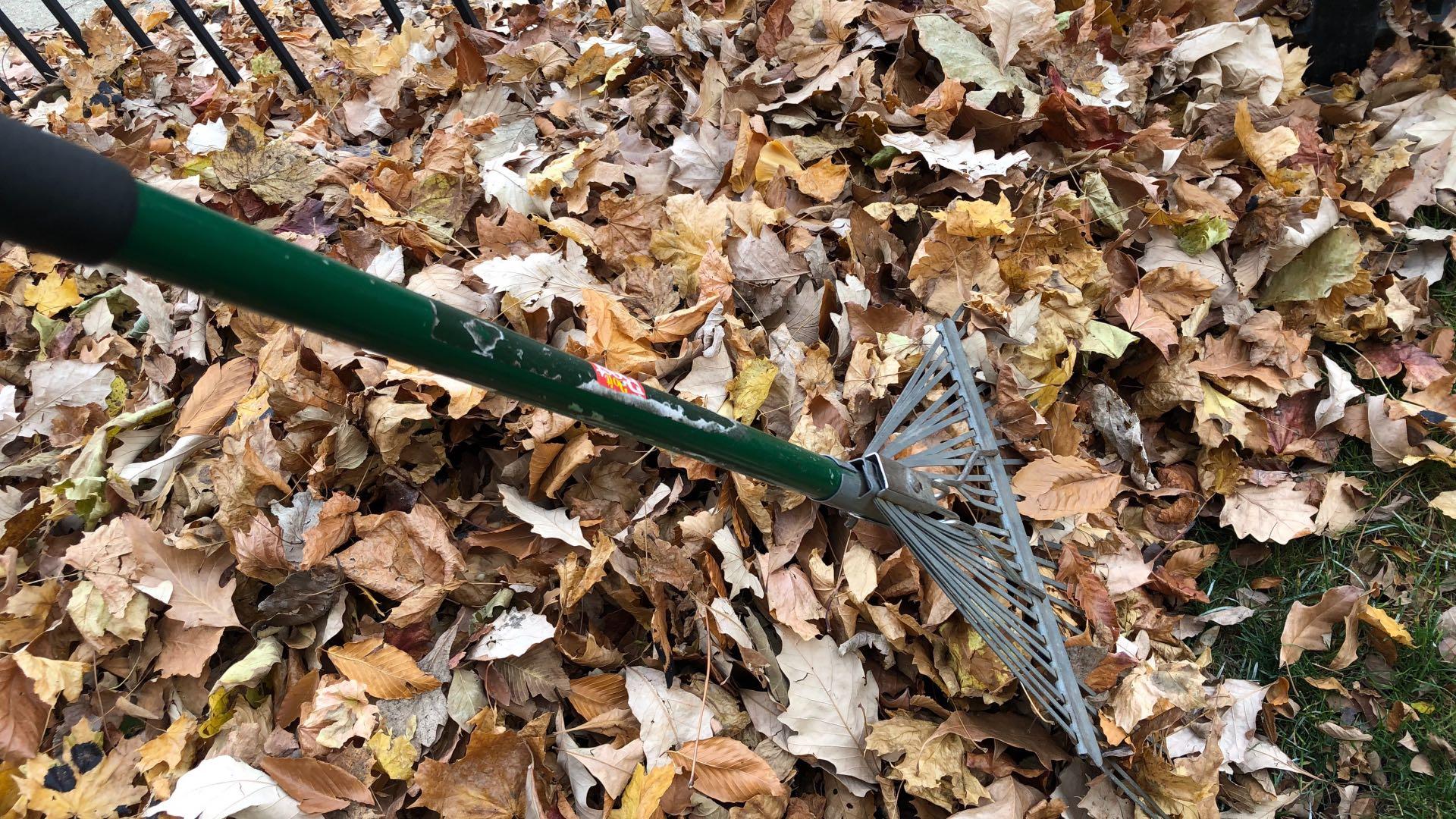 The “leave the leaves” movement has sparked a healthy debate among Chicagoans. And while the divide isn’t as great as the gulf between supporters of the nation’s outgoing and incoming chief executives, there’s a definite split between those who would remove every last leaf from their lawn and those who would let nature take its course.

Is there room for compromise?

WTTW News spoke with Jim Steffen, senior ecologist with the Chicago Botanic Garden, to clear up misconceptions and search for common ground, particularly as we head into the final stretch of the season when many folks put their yards “to bed.”

Let’s get straight to the heart of the matter: Are leaves a lawn killer?

Absolutely, Steffen said. A thick layer of matted leaves left on a lawn will smother the grass, particularly if the leaves are fully intact.

But that doesn’t mean leaves need to be obliterated; the solution doesn’t have to be all or nothing.

Shredding the leaves is one alternative, which eliminates the smothering problem, he said.

While not necessarily ideal from an ecological standpoint — shredding makes the leaves less useful in terms of habitat for insects and other critters, and will likely kill anything living within the leaves at the moment of shredding — it does salvage the leaves’ value as nutrition for a lawn.

Because that’s what the leaves are — nutrition. It confounds Steffen, he said, that people will collect and bag leaves and grass clippings — nature’s fertilizer — and then purchase chemical substitutes made with fossil fuels to feed their lawn.

The trade-off with shredding, for some, is that a lawn dusted with leaf confetti looks “messier” than a pristine leaf-free carpet. That ideal standard, it should be noted, is one long-promoted by lawn care and fertilizer companies, Steffen said.

Another way of looking at a grass-only approach, he said, is that it creates a monoculture which doesn’t support much of any kind of life other than its own green blades. Not bees, not caterpillars, not insects that birds might feed on.

“People need to realize insects are the base of the food chain,” Steffen said. 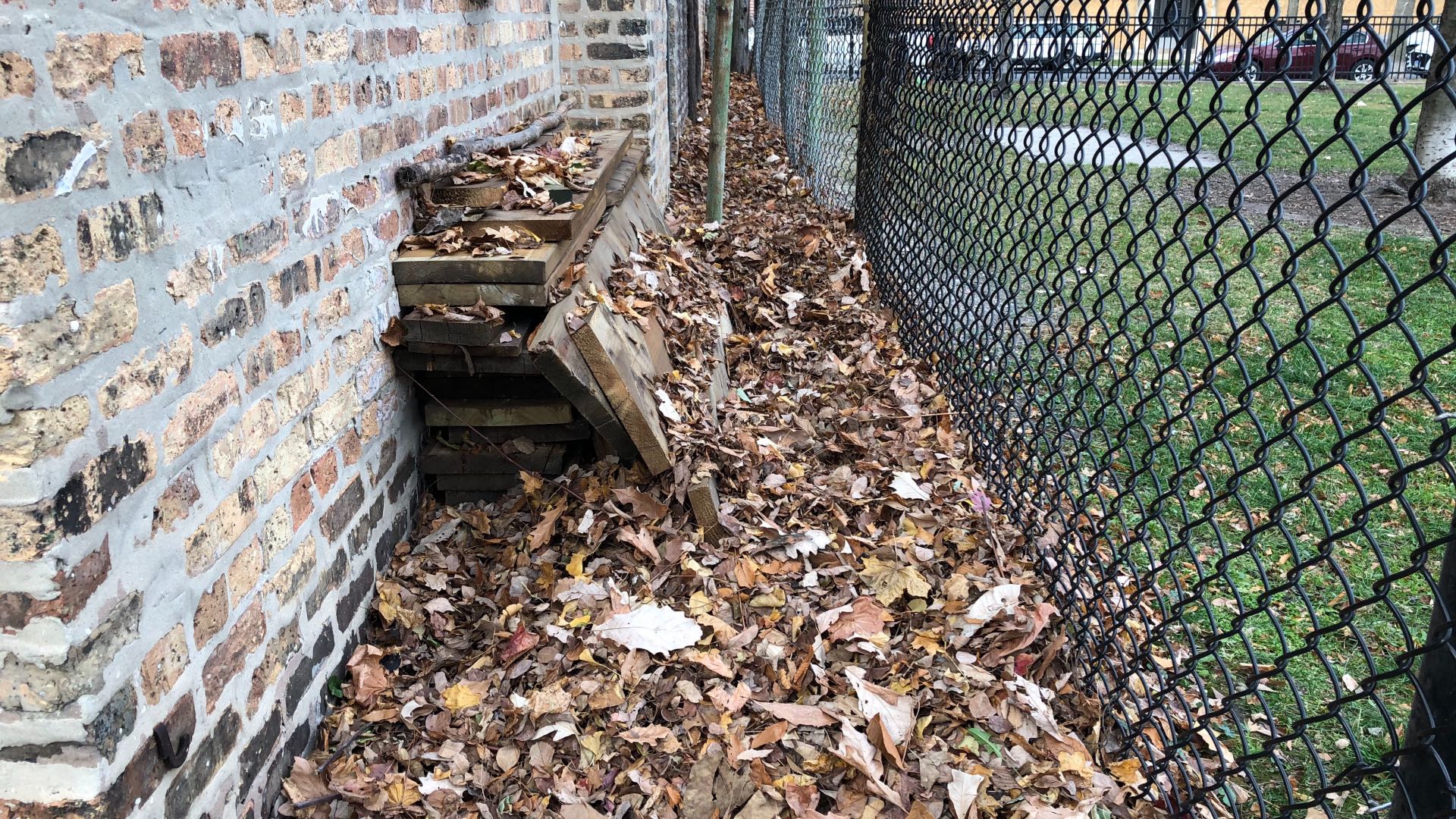 Leaves can be piled along a fence line, which will help contain them and keep them off sidewalks and out of sewers. (Patty Wetli / WTTW News)

OK, but what about complaints that leaves will clog sewer drains and gather on city walkways where they become slippery hazards?

Pile them up along fence lines where they won’t blow away or spread them in planting beds where the vegetation will help hold them in place.

Leaves, Steffen said, are a far better alternative to wood chips in planting beds. Both will help with weed suppression, but the chips actively sap nitrogen from the soil.

Another option is to follow the lead of the Chicago Botanic Garden and pile leaves in compost bins. Next spring you’ll have free mulch.

In fact, the botanic garden’s appetite for mulch is so voracious, staff actually trucks in additional leaf material to compost, Steffen said.

The bottom line: “You can at least use a portion (of leaves),” Steffen said. “The best thing to do is use as much as you can.”

On a related note: Tidying up flower beds by chopping down perennial stalks is another less-than-eco-friendly practice. Native bees are among the creatures that will use those hollowed out stems for shelter and to lay their eggs.

“Invertebrate populations are having problems,” Steffen said. “A lot of them overwinter in dormant vegetation. You’re eliminating their homes.”

Instead of looking at spent flowers as “dead,” consider that those desiccated flower heads are often packed with seeds, which birds will dine on over the winter. Goldfinches, for example, love coneflower seeds, Steffen said.

One of the primary quarrels with the “natural look,” both in terms of lawns and planting beds, is that it can have the appearance of being untended, or unkempt.

The best way to combat that is to have a plan.

“You can create a natural area with grasses and forbs and mow around it,” Steffen said “I think it’s important that whatever people do, they do it in an intentional way.”