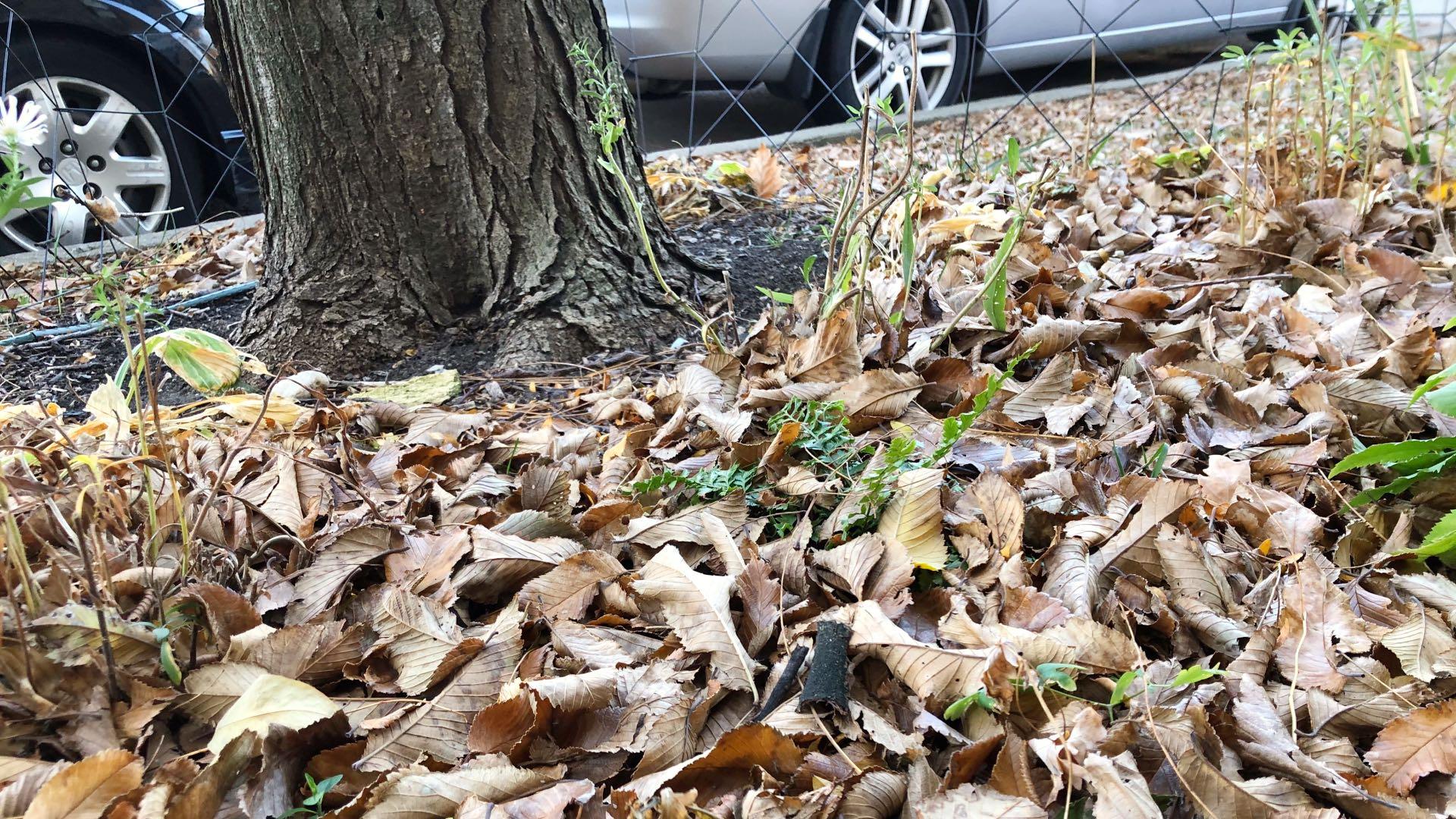 Gusty winds stripped a lot of trees bare in recent days, showering colorful confetti onto lawns. If the mere thought of raking and bagging all those leaves has you exhausted, here’s an alternative: Just leave them where they are.

“Leave the leaves” has become something of a rallying cry of late, both of ecologists and natural landscape enthusiasts, who have science, if not social norms, on their side.

The question of why we annually arm ourselves with rakes and leaf blowers to do battle against leaves is an interesting one.

“Most of the reason is aesthetic and how we conceive of what is a well-maintained lawn,” said Iza Redlinski, a conservation ecologist at the Field Museum.

Environmental historians point to the adoption in the U.S. of the “English garden” aesthetic, in which impeccably maintained lawns were a status symbol of wealth — signifying the owner didn’t need the land to grow food and also had the means to hire labor for upkeep. Ad campaigns in the 1950s cemented carpet-like swaths of green as the ideal for American homeowners.

From a sociological perspective, we rake because no one wants to be the neighbor with the messy lawn, Redlinski said, but ecologically speaking, the benefits of a little mess outweigh the merits of a pristine yard.

Among the pros: Leaves put nitrogen and carbon back into the soil. Redlinski said she covers her garden beds with a layer of leaves in the fall both for nutrients and weed suppression, adding that in the spring, the soil will hold more moisture.

Oak leaves, leaves from native trees and leaflets from trees like honey locusts are all good candidates for the hands-off approach. Maple leaves, which tend to be more leathery and less apt to crumble when they dry, can admittedly kill a lawn if they retain moisture through winter, Redlinski said.

But “bad for the lawn” doesn’t mean bad for the environment, she said.

There are all sorts of creatures that rely on leaves for food and shelter, including pollinators and other beneficial insects.

Redlinski cited examples such as bumblebees, which overwinter in holes in the ground, with leaves providing a cozy blanket protecting against hard freezes. And fireflies are among the insects that lay their eggs on leaves. The carnivorous larvae will feed on prey found in the leaf litter, including worms and slugs.

“When we bag the leaves, we bag those insects,” Redlinski said. “If you want fireflies, leave some leaves.”

That message is a hard sell, contradicting decades of ingrained behavior, she acknowledged.

“We have a lot of education to do,” she said.

Redlinski confessed that even she feels compelled by peer pressure to rake her front lawn, but she’ll then haul the leaves to the back yard where she spreads them at the base of an evergreen tree.

“We joke that we have a mullet lawn,” she said. “Business in the front, party in the back.”