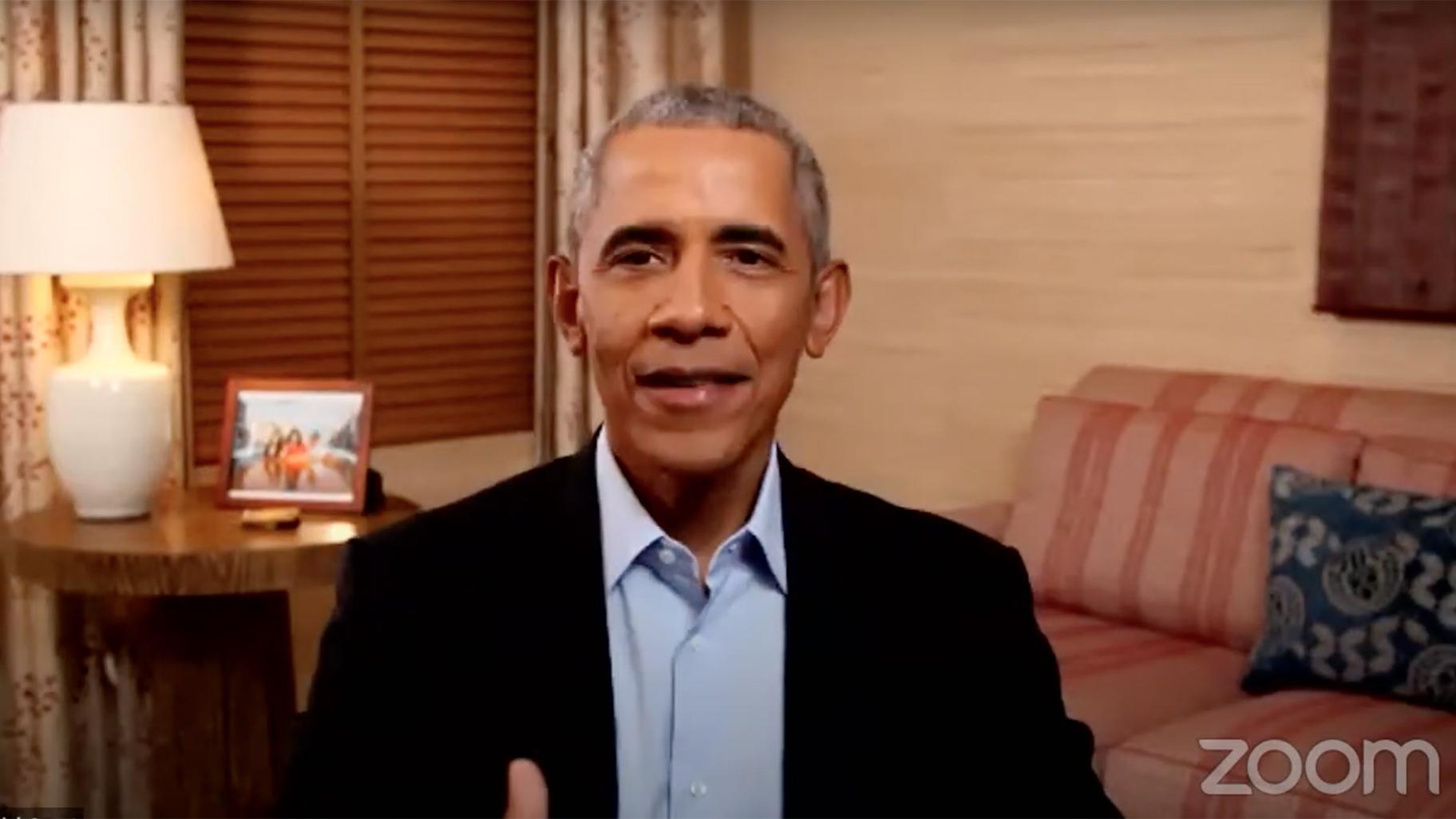 Chicago high schoolers got a surprise Monday afternoon when they were joined during a virtual assembly by former President Barack Obama, who announced they would all receive free access to his new book.

Obama joined a Zoom call with Chicago Public Schools CEO Janice Jackson and a few thousand high schoolers to congratulate them on their ongoing studies and offer them digital copies of “A Promised Land,” which was released last week.

“I wrote this book with you in mind,” Obama told students during the call. “I want young people to understand that the ability for you to have an impact in this world, to make a difference, to improve your communities, to improve schools, to make it possible for people to get health care, to create better jobs, to clean up our environment, that you have that power in you.”

Obama’s 768-page memoir, which came out Tuesday and has a list price of $45, had unusually risky timing for a book of such importance to the author, to readers and to the publishing industry. It came out just two weeks after Election Day and could have been overshadowed had the race still been in doubt or perhaps unwanted by distressed Obama fans if President Donald Trump had defeated Democratic nominee Joe Biden.

But Biden won and his victory likely renews interest in an era when he was Obama’s trusted and popular vice president.

Obama himself acknowledges that he didn’t intend for the book, the first of two planned volumes, to arrive so close to a presidential election or to take nearly four years after he left the White House — months longer than for “My Life” and two years longer than “Decision Points.”

In the introduction to “A Promised Land,” dated August 2020, Obama writes that “the book kept growing in length and scope” as he found he needed more words than expected to capture a given moment — a bind many authors well understand. He was also working under conditions he “didn’t fully anticipate,” from the pandemic to the Black Lives Matter protests, to, “most troubling of all,” how the country’s “democracy seems to be teetering on the brink of crisis.”

During the assembly Monday, Obama mentioned he’d like to circle back with students who do read the book and get their thoughts. CPS said that event would be held sometime in the coming weeks and will be livestreamed for all students and teachers to watch.

“I’m really looking forward to getting some feedback from some of you who do read it,” Obama said.

Obama has already written two acclaimed, million-selling works, “Dreams from My Father” and “The Audacity of Hope,” which came out in 2006. His new book covers some of the same time period as his previous titles, while continuing his story through the first 2 1/2 years of his presidency and the 2011 killing of Osama bin Laden by the Navy SEALS.

Obama’s book is available to students in both electronic and audiobook formats and in English and Spanish through Penguin Random House and OverDrive Education. CPS students and teachers can access the book through the district’s internal website at library.cps.edu.

“Just wanted to let you know, I’m proud of you guys,” Obama told the students. “I hope some of you take up the opportunity to read the book … We love you, we’re proud of you, we appreciate you and tell your families too that we wish them happy holidays and that 2021 is gonna be a better year than 2020.”