Traveling more than 2,000 miles between summer breeding grounds in the north and winter hibernation colonies in the south, monarch butterflies’ migratory journey links the United States and Mexico in a way no trade agreement or cultural exchange ever could.

Both countries have a stake in the survival of the creature, and both are reliant on the conservation efforts of the other to support the monarch at distinct points in the butterfly’s life cycle. 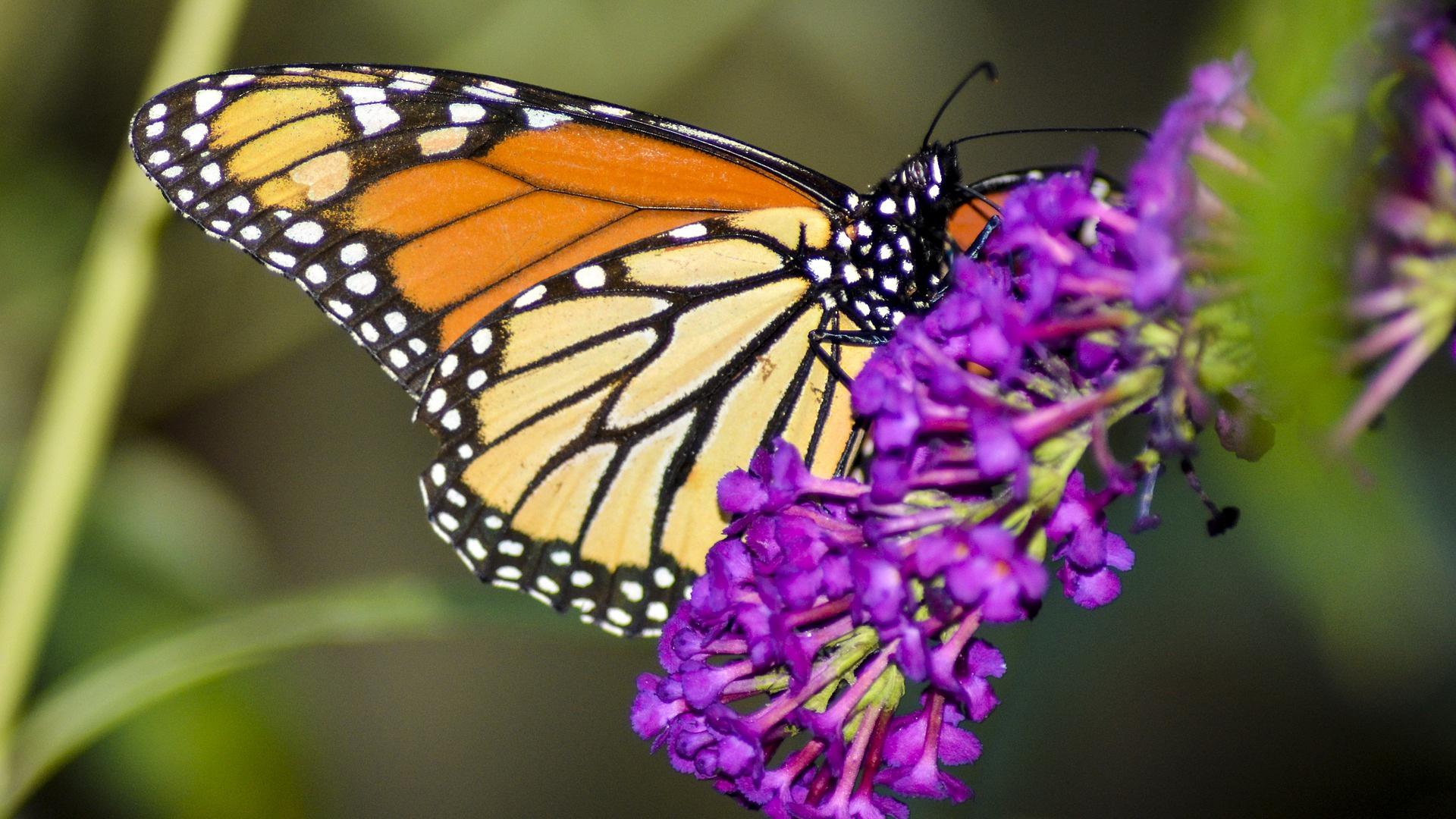 That interdependence was reiterated during a virtual workshop in which participants in the Field Museum’s Monarch Community Science Project, now in its second year, met Eduardo Rendon-Salinas, who heads the World Wildlife Fund-Mexico’s monarch conservation program.

Members of the Field project spent the summer monitoring patches of milkweed plants – the sole source of food for monarch caterpillars – looking for eggs, caterpillars and chrysalises, and reporting their data to museum staff.

Having nurtured monarchs at the beginning of their life cycle and migration, participants were keen to hear from Rendon-Salinas about what happens once the butterflies reach Mexico.

Rendon-Salinas set the stage for Mexico’s current conservation movement by taking his Chicago audience back to the beginning: a 1976 cover story in National Geographic that announced scientists had finally, after decades of searching, pinpointed the monarch’s winter home in the forests of Mexico’s Sierra Madre mountains, roughly 60 miles northwest of Mexico City.

“That is a big moment,” said Rendon-Salinas, who’s spent nearly 30 years engaged in monarch conservation, starting as a graduate student under the mentorship of Lincoln Brower, a legend in the field.

How monarchs arrived at their winter destination still isn’t completely understood. A recent theory, Rendon-Salinas said, is that the specific angle of the sun could be a signal for them to halt the migration and land.

Regardless of the “how,” the answer to “Why Mexico?” seems to be the microclimate the monarchs encounter on the south facing slope of the Sierra Madres, which straddles two major climate regions. That, along with the distribution of trees in the mountain forests, is ideal for the establishment of the butterfly’s winter colonies.

To preserve this critical habitat, the Mexican government issued a decree in 1980 that protects hibernation colonies, and by 1986 had set aside 16,000 hectares (roughly 40,000 acres) as a Monarch Butterfly Biosphere Reserve. The biosphere reserve has since grown to encompass 56,000 hectares (nearly 140,000 acres), where most of the nation’s protected monarch sanctuaries can be found, Rendon-Salinas said.

In his role with the WWF, Rendon-Salinas monitors forest cover in the reserve. Every year, his team pays to have a plane fly over the area, capturing images that are compared with the previous year’s photos. When any changes are observed, specifically a loss of forest, conservationists approach the local indigenous communities to determine a cause. In the early 2000s, they found areas of forest were being decimated by illegal logging, Rendon-Salinas said.

The WWF responded with an extensive outreach effort, educating local residents about the importance of the monarch, including them in conservation programs, and establishing sustainable mushroom and tree nurseries that offer alternatives to logging as a source of income. To reduce the use of wood as fuel, eco-friendly stoves were also provided to community members as part of the solution.

The subsequent drop in illegal logging had a profound impact on Rendon-Salinas. “(It was) maybe the most important result of my life,” he said. “We support the owners of the land. They now are very conscious of the importance of forests.” 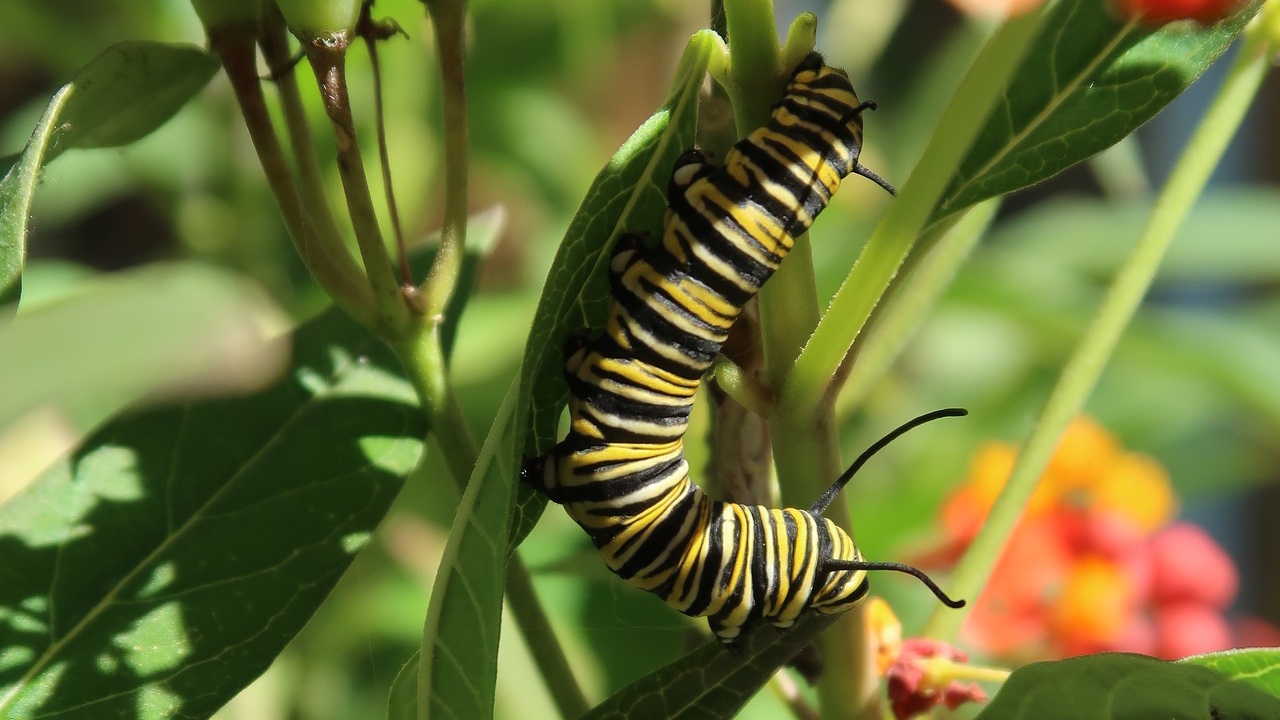 Chicagoans contribute to the monarch’s life cycle by planting milkweed, the only source of food for monarch caterpillars. (Geneva Bell / Pixabay)

In addition to safeguarding the forests where monarchs winter, Rendon-Salinas’ work also encompasses observations about the butterfly’s behavior and health. His program oversees 18 monitoring sites where monarchs’ physical condition and energy are evaluated.

Rendon-Salinas has conducted extensive research on monarch’s lipid reserves (i.e. their stored energy), concluding that butterflies need to arrive in Mexico with a lot of fuel in their tanks.

Energy, derived from nectar, is the key to monarchs’ ability to withstand such a lengthy migration in the fall, a five-month hibernation in Mexico, spring mating and the start of their return trip north, he said.

And here’s where the U.S. comes into play.

Habitat loss has been identified as a significant contributor to the dramatic drop in the monarch population in the last two decades. Initially, conservation efforts in the U.S. focused almost exclusively on milkweed. (Remember: That’s where monarchs lay their eggs and hatched larvae dine on the plant’s leaves.) Scientists have estimated the U.S. needs to plant 1.8 billion stems of milkweed to help the monarch recover.

“You are producing the habitat for reproduction. You are contributing to the life cycle,” Rendon-Salinas said.

But milkweed can’t solve the problem on its own, he said.

Monarchs need waystations along their migratory route in the same way long-haul truck drivers need truck stop diners. Otherwise, by the time the butterflies get to Mexico, if they even make it that far, their depleted reserves aren’t likely to last the winter.

“The feeding of the adults is really important. The job you are doing in the (United) States and Canada is important,” said Rendon-Salinas. “The big issue is the establishment of pollinator gardens in the (migratory) flyway.”

Those pollinator “gardens” can range from planter boxes on apartment decks to vast stretches of wildflowers along the berms of highways and train tracks. Mexico is promoting the same, to nourish the monarch on the last stretch of its southern migration in the fall and the first stage of its journey northward in the spring, Rendon-Salinas said.

The United States, Mexico and Canada will need to cooperate, communicate, support and educate each other to ensure the survival of the monarch.

“When you invited me (to speak), I was very, very happy,” Rendon-Salinas told the Field community. “I feel like a brother of all of you.” 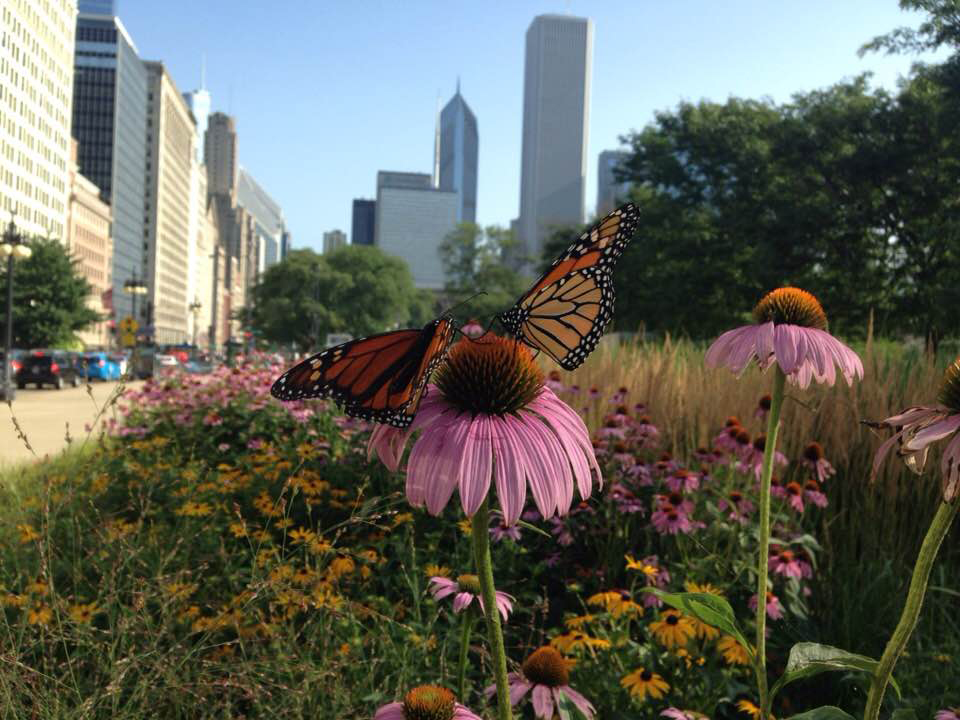 When the U.S. Fish and Wildlife Service declared “all-hands-on deck” in the fight to save the monarch butterfly, what the agency really meant was all rural and suburban hands, discounting the role urban areas could potentially play in conservation efforts.

Scientists at the Field Museum took that as a challenge.

The Monarch Community Science Project was established in 2019 to collect data on the effectiveness of milkweed patches in the Chicago area, enrolling regular folks to monitor milkweed, tally the number of monarch eggs and caterpillars observed, and to provide anecdotal information about plant health.

Museum conservationists shared the results of the 2020 monitoring season with participants via a recent Zoom session, having successfully transitioned the program to a digital platform due to the coronavirus pandemic.

Erika Hasle, conservation ecologist at the Field, reported that more than 400 people took part in online trainings — conducted in both English and Spanish — and of those, 179 submitted data for 295 milkweed patches, up from 72 monitors in 2019.

“We were stunned by the number of people who stepped out and helped us,” Hasle said.

Observation sites were located in 10 counties in Indiana and Illinois, including all corners of Chicago, and patches came in all shapes and sizes, she said, from pots on balconies to fence lines and street medians.

More than 6,000 eggs were counted and 868 caterpillars were spotted by participants. Among the challenges monarchs faced this year included August’s derecho which blew down milkweed stalks, predators such as wasps and spiders, and competition from aphids.

All of this information has been uploaded into an international dataset.

“You’re contributing to an even bigger collective effort,” Hasle told the program participants.

Click here for more information on the program and how to get involved. 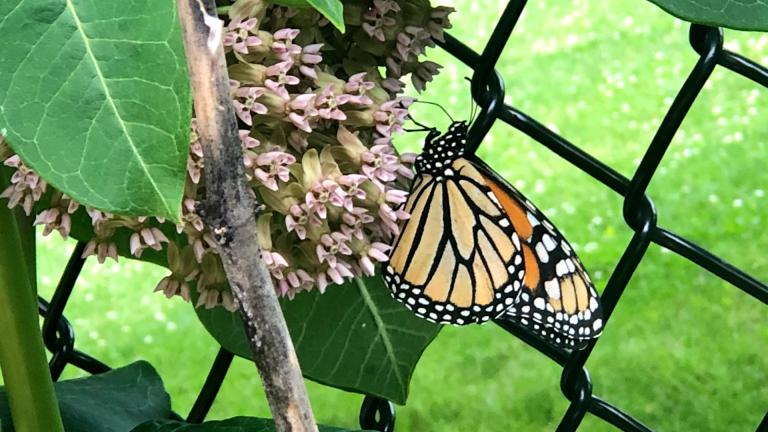 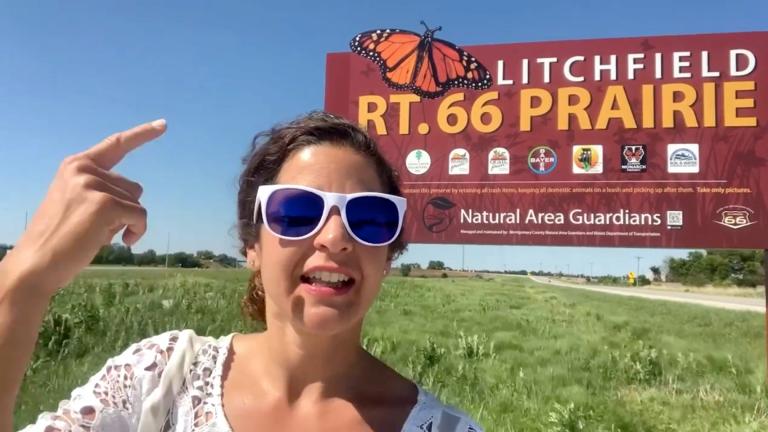 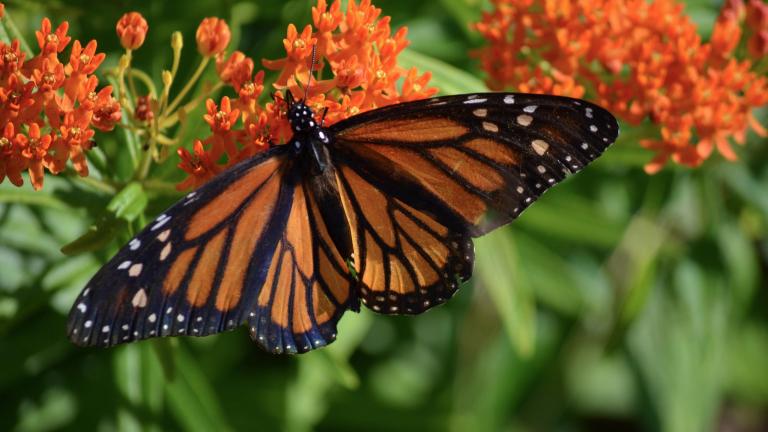