Jimmy Carter, who served just a single term in the White House, is widely seen as a model ex-president but largely unsuccessful president. Now Carter, who turned 96 last week, is for the first time the subject of a full-length, independent biography.

“Carter is a kind of a way to light our way back to a sense of decency and seriousness and accountability and honesty in our politics,” said journalist and Chicago native Jonathan Alter, the author of “His Very Best: Jimmy Carter, A Life.” “By reading about Jimmy Carter and his epic life, it’s hopeful. It’s kind of inspiring in this time of Trump.”

Alter says that in researching and writing the book, he came to disagree with the common perception that Carter’s accomplishments after he left the White House dwarfed what he did while serving as president.

Watch part two of our discussion with author Jonathan Alter:

“He is very much underestimated as a president and a tad overrated as a former president,” Alter said. “His years as a former president have been very inspiring … and he’s revolutionized the post-presidency, but he doesn’t have the levers of power that he had when he was president. He got swamped toward the end of his only term in office, and then of course he was beaten badly by Ronald Reagan, but when I actually went back and looked at the record … a different kind of picture emerges.”

Below, an excerpt from “His Very Best” by Jonathan Alter. 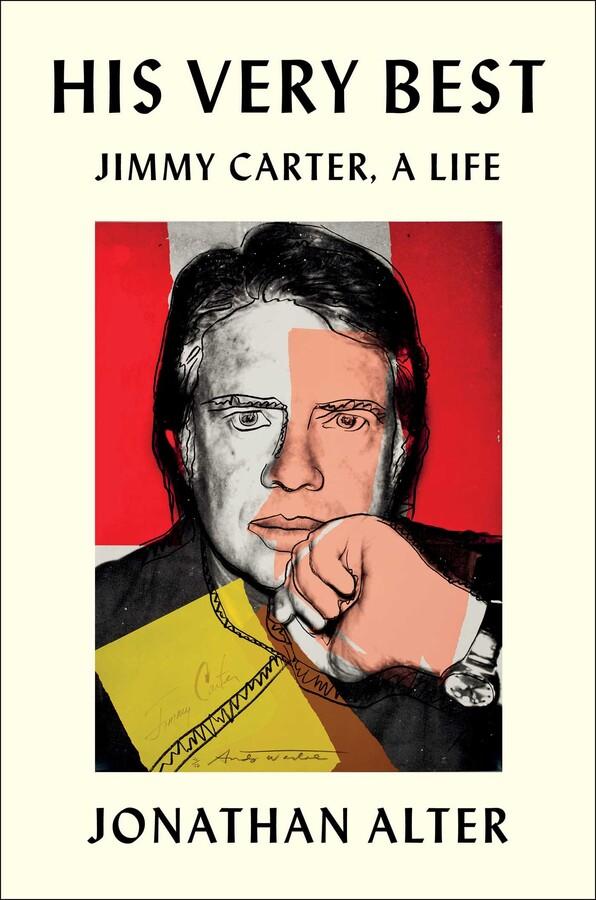 Over the summer, the shah fell ill in Mexico, his skin a sickly yellow. His glamorous and quick-tempered twin sister, Princess Ashraf, wrote a plaintive letter to Carter vaguely describing “the quite noticeable impairment of his health in Mexico” and urging that he be granted asylum. Carter passed the letter along to the State Department, which offered a noncommittal response.

Now came a series of medical errors by squabbling, elbows-out doctors that show why prominent people so often receive poor care. On September 29 Project Eagle dispatched to Mexico a charming, domineering New York society doctor and friend of Joseph Reed named Benjamin Kean— an expert in pathology and tropical disease. Dr. Kean couldn’t figure out the source of the shah’s jaundice, in part because the shah’s men gave him someone else’s urine sample to keep the cancer a secret. Back in New York, Dr. Kean finally learned the truth from an alarmed Armao. On October 18 Dr. Kean returned to Cuernavaca, where Dr. Georges Flandrin, one of the French oncologists who had treated the shah for years, gave him the details of the chemotherapy regimen he was using. Upset that the hard-charging Dr. Kean—no cancer specialist—was now running the shah’s cancer case, Dr. Flandrin abandoned his famous patient and returned to France.

What happened next became the subject of dispute. After consulting with Armao on the ground in Mexico, Joseph Reed of Project Eagle told old-boys-club friends at the State Department that the shah was receiving chemotherapy for “malignant lymphoma” compounded by a possible intestinal blockage that had caused the severe jaundice. The Project Eagle version was that Dr. Kean believed the shah had only days to live and needed a CAT scan and other diagnostic tests not available in Mexico. Reed, who later served as ambassador to Morocco and chief of protocol under Reagan and Bush, was described by Ambassador Nicholas Veliotes, a widely respected career diplomat, as a “compulsive liar.” In this case, anyway, his lies had resounding consequences.

In truth, Mexican hospitals contained plenty of CAT scan machines and other state-of-the-art equipment, and many fine physicians from around the world came there for training. And oncologists could have easily been flown in from the United States. But the cursory report (lacking the opinion of an oncologist) prepared for Warren Christopher by the State Department’s in- competent medical officer made no mention of this. It offered Reed’s bogus claim that the shah must be treated in the United States.

Carter received Christopher’s memo—stamped “Supersensitive”—on October 20 when he was in Boston speaking at the dedication of the new John F. Kennedy Presidential Library and Museum. This potentially awkward occasion, with Ted, Jackie, Caroline, and John Jr. in attendance, was eased by what everyone agreed was Carter’s pitch-perfect speech (written by Rick Hertzberg). Carter’s memory was that he learned in Boston that the shah was “at the point of death” and must be brought to the United States to save his life.

This was untrue. Dr. Kean insisted later that he never said the shah had only days to live and never claimed Mexico did not have CAT scans to diagnose him and radiation therapy departments to treat him—and that for Armao to say he felt the Mexicans lacked such facilities was “nonsense.” Moreover, Dr. Flandrin, the French doctor who knew a lot more about the shah’s cancer than Dr. Kean or anyone else, believed that while American hospitals might be superior, the shah could be properly diagnosed and treated in Mexico City. Although Armao would claim later that the only de- bate was over “optimal” care in the United States versus “acceptable” care in Mexico, this was not how he and Project Eagle framed it at the time. Had the possibility of “acceptable” care in Mexico been conveyed to the White House, the shah would never have been admitted to the United States—and events in late-twentieth-century America might have taken a dramatically different course.

Just as Carter had failed to read the full report on Bert Lance, he now failed to ask enough questions about Christopher’s memo; his normal attention to detail flagged when he needed it most. On October 21 in Tehran, Lain- gen, the acting ambassador, and Henry Precht of the State Department— equipped with State’s bogus medical report—briefed Prime Minister Bazargan and Foreign Minister Yazdi on the shah’s condition and the urgent need for medical attention in the United States. The Iranian ministers were skeptical and warned, “You’re opening a Pandora’s box with this.” But the two most senior Iranian officials said the embassy would be protected—as it had been in February—as long as the shah stayed in the United States only for medical treatment and didn’t engage in political activity.

Embassy security personnel in Tehran warned Washington that the com- pound was vulnerable, but because the warning didn’t come from Laingen, it received no high-level attention and no decision was made to bolster security at the perimeter. “We were faced squarely with a decision in which common decency and humanity had to be weighed against possible harm to our embassy personnel in Tehran,” Vance wrote later, explaining his change of heart. And there were political considerations. Hamilton Jordan warned Carter that Kissinger would have “a field day” if the shah was still rebuffed: “He’ll say that first you caused the shah’s downfall and now you’ve killed him.”

Had Carter been tougher, he would have stuck to his original decision barring the shah. But his heart prevailed over his head and his gut. With no debate, the president made the most fateful decision of his presidency and agreed to admit the shah on humanitarian grounds, with the understanding that he would return to Mexico as soon as possible. “I was convinced that there would be no adverse consequences—that Bazargan and Yazdi would indeed protect our embassy,” he explained later. He reasoned that no host government in the modern era had ever endorsed attacking an embassy or kidnapping a nation’s diplomats. It was a bet he had not been willing to make over the previous nine months.

Copyright © 2020 by Jonathan Alter. Reprinted by permission of Simon & Schuster. All rights reserved.