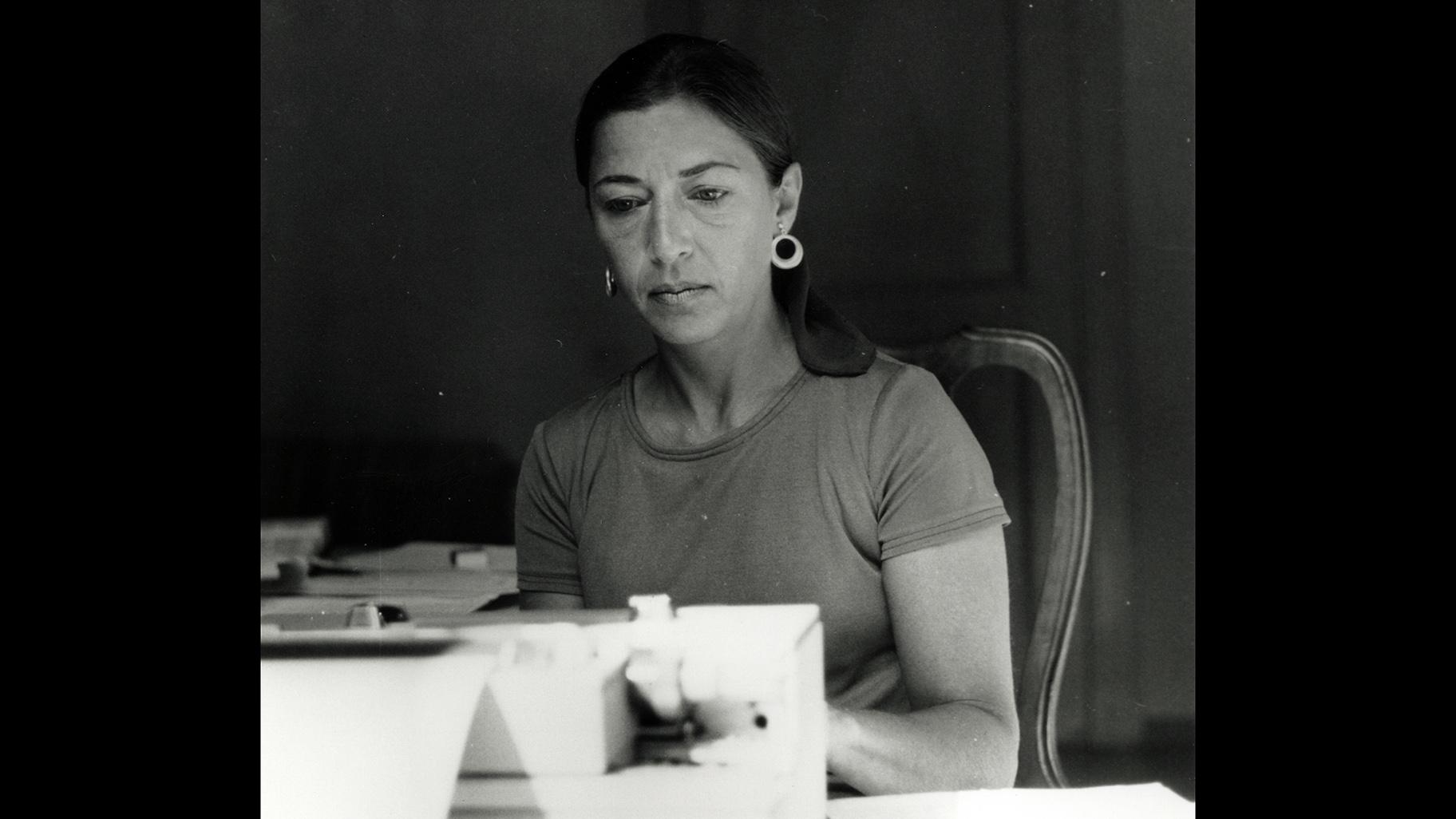 WASHINGTON (AP) — In recent years Justice Ruth Bader Ginsburg was surprised to find herself so popular that “everyone wants to take a picture with me.” The justice, who died Friday at 87, had become a feminist icon, with books, movies, clothing and even coloring books devoted to her.

People wanted to give her awards. They wanted to hear her talk. Ginsburg was invited to speak so often that inevitably she was asked the same questions and delivered the same punch lines, always, it seemed, to a delighted new audience.

Some of the things Ginsburg liked to tell groups:

WHAT SHE HAD IN COMMON WITH A RAPPER

Ginsburg came to be known as “The Notorious RBG,” a play on the name of the rapper “The Notorious B.I.G.” Ginsburg liked to note they had one important thing in common. Both were born and bred in Brooklyn, New York.

WHEN ASKED FOR HER ADVICE

Ginsburg often dispensed a piece of wisdom her mother-in-law gave her on her wedding day. The secret to a happy marriage is this: “Sometimes it helps to be a little deaf.” Ginsburg said it was excellent advice in dealing with her colleagues on the court, too.

Ginsburg’s son James was what she called a “lively child,” and she would often get calls from his New York City school about his latest caper. Ginsburg finally told the school: “This child has two parents. Please alternate calls.” It was Ginsburg’s husband’s turn, she said.

So Ginsburg’s husband went to the school and was told James had “stolen the elevator,” taking a group of kindergartners for a ride.

But “after the elevator incident, the calls came barely once a semester,” Ginsburg noted, and not because James was any better behaved. “They were much more reluctant to take a man away from his work than a woman,” Ginsburg liked to explain.

Ginsburg often noted that she had “three strikes” against her in trying to get a job when she graduated from Columbia’s law school in 1959, despite graduating at the top of her class. She was Jewish. She was a wife. And she was a mother. 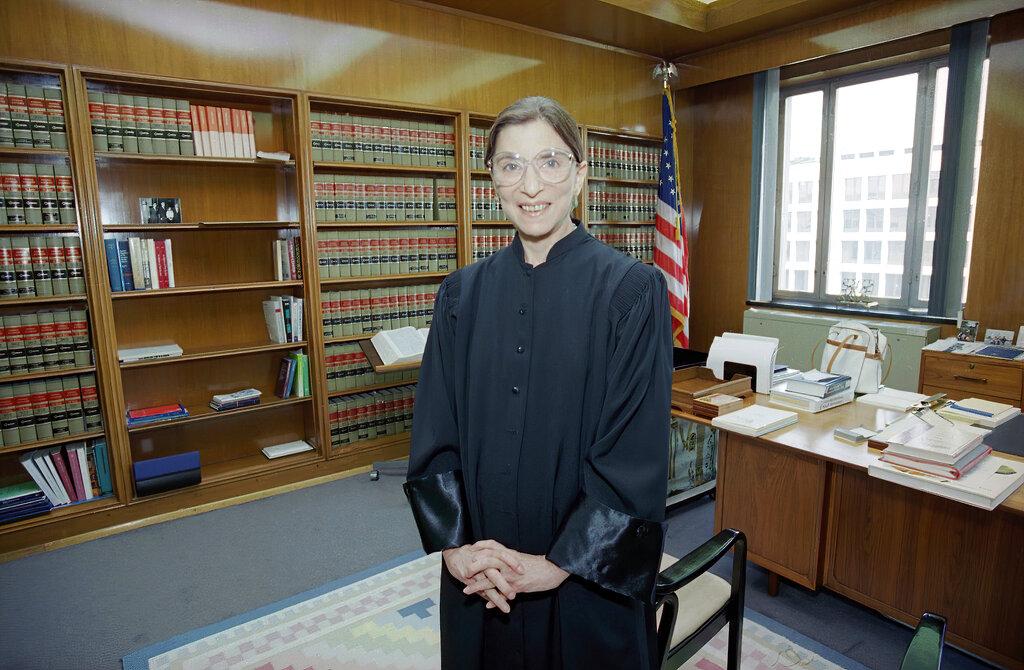 In this Aug. 3, 1993, file photo, then-Judge Ruth Bader Ginsburg poses in her robe in her office at U.S. District Court in Washington. Earlier, the Senate voted 96-3 to confirm Bader as the 107th justice and the second woman to serve on the Supreme Court. (AP Photo / Doug Mills, File)

“Getting the first job was hard for women of my vintage,” she’d say. “But once you got the first job you did it at least as well as the men and so the next step was not as hard.”

Ginsburg also liked to note something Justice Sandra Day O’Connor would say: “Sandra said, ‘Where would the two of us be if there had been no discrimination?’ Well, today we’d be retired partners from a large law firm.”

ON HER FRIENDSHIP WITH ANTONIN SCALIA

The genuine friendship between the liberal Ginsburg and conservative Justice Antonin Scalia, who died in 2016, puzzled many audiences. Ginsburg explained: “The number one reason why I loved Justice Scalia so is he made me laugh.”

The two shared a love of opera. And they were close enough that their families spent New Year’s together. Scalia would sometimes call to point out grammar errors in Ginsburg’s opinion drafts. Ginsburg, for her part, would sometimes tell him: “This opinion is so overheated, you’d be more persuasive if you tone it down.” She liked to say: “He never listened to that.”

Ginsburg often described a famous picture of the two of them riding an elephant together in India, the heavyset Scalia in front and diminutive Ginsburg in the rear. Ginsburg’s feminist friends were horrified. Why was she in the back? Weight distribution, she explained.

Ginsburg’s mother, Celia Bader, who died the day before Ginsburg gradated high school, never attended college but worked as a bookkeeper. Ginsburg would sometimes ask audiences: “What’s the difference between a bookkeeper in New York’s Garment District and a U.S. Supreme Court justice?” Her answer: “One generation.”

ON CHANGING THE CONSTITUTION

When asked how she might change the Constitution if given the opportunity, Ginsburg liked to point to the effort in the 1970s to pass the Equal Rights Amendment, which fell three states short of ratification. Ginsburg said passing it was still a good idea.

“I have three granddaughters,” Ginsburg liked to say. “And I’d like to be able to take out my pocket Constitution and say that the equal citizenship stature of men and women is a fundamental tenet of our society.”

ON THE SUPREME COURT’S WOMEN

Ginsburg, the second female justice, was sometimes asked when there would be enough women on the Supreme Court. Her response: “When there are nine.” She’d explain: “Some people are taken aback until they remember that for most of our country’s history there were only men on the high court bench.” 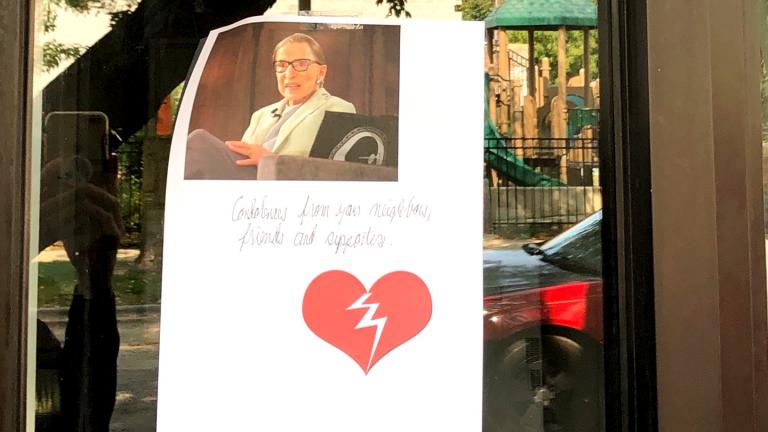 RBG Memorial Pops Up in Edgewater, Which Has a Surprisingly Strong Tie to the Late Justice