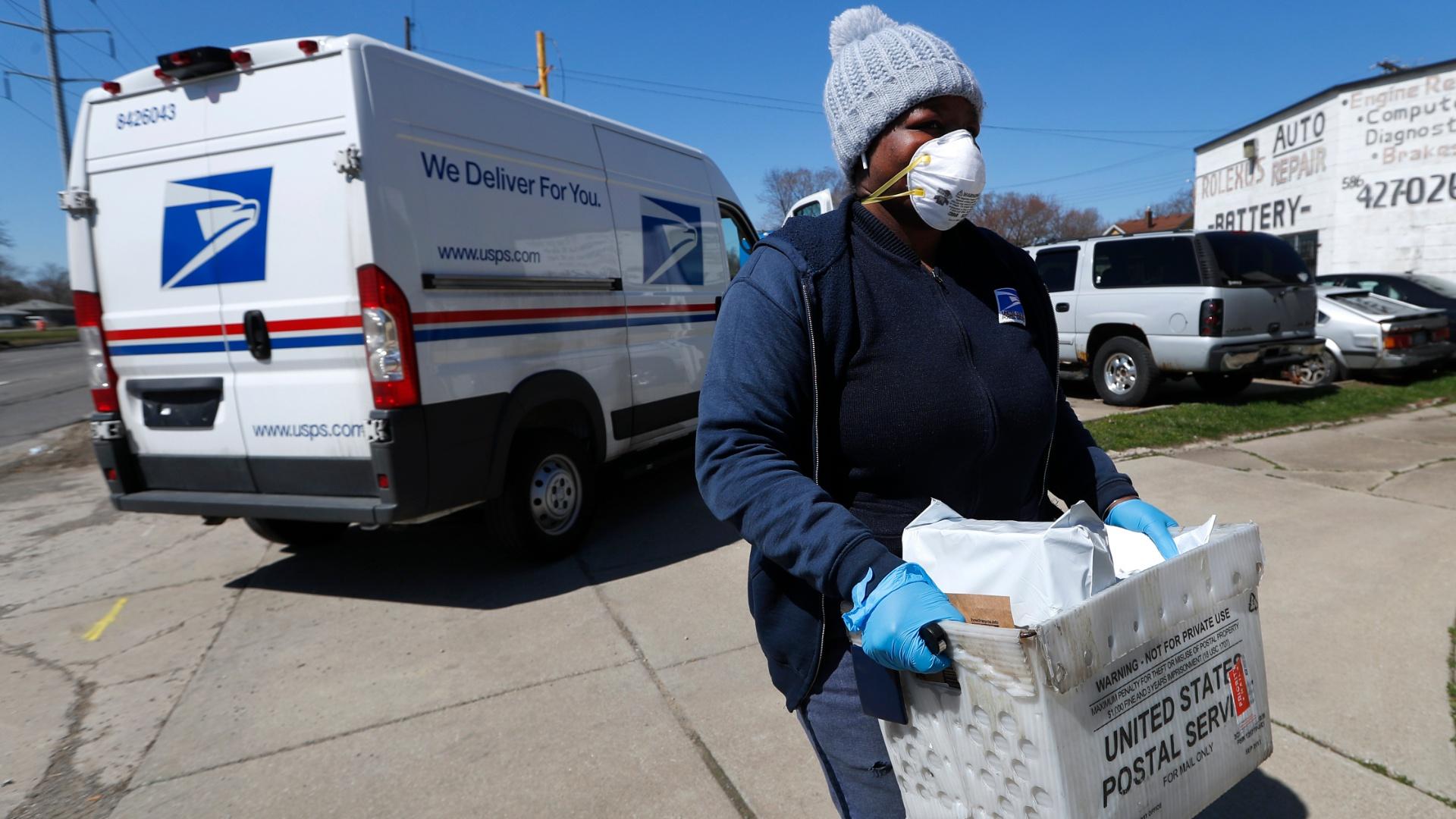 SEATTLE (AP) — A group of states suing over service cuts at the U.S. Postal Service is asking a federal judge to immediately undo some of them, saying the integrity of the upcoming election is at stake.

Postmaster General Louis DeJoy has already said he’s halting some of the changes, including the removal of distinctive blue mailboxes and of sorting machines at some processing facilities.  However, two remain in effect, the states argue: that the Postal Service is no longer treating election mail as the equivalent of First Class mail, and the so-called “leave behind” policy, requiring that postal trucks leave at certain times, whether or not there is additional mail to load.

In a motion filed in U.S. District Court in Yakima, Washington, late Wednesday, the 14 states — including the battlegrounds of Nevada, Michigan and Wisconsin — said that although mail delays have eased since the service cuts first created a national uproar in July, on-time deliveries remain well below their prior levels, meaning millions of pieces of mail that would otherwise arrive on-time no longer are.

That’s troubling as millions more voters are expected to vote by mail this year due to the coronavirus pandemic, the states said.

The states, led by Washington Attorney General Bob Ferguson, asked Judge Stanley A. Bastian to order the Postal Service to treat election mail, including ballots and registration forms, as First Class mail, ensuring it is delivered promptly; to end the “leave behind” policy; and to replace or reinstall any removed sorting machines needed to ensure timely processing.

In a declaration filed along with the motion, information technology consultant Mynor Urizar-Hunter, who helped start a website tracking the USPS changes, noted that 78% of the machines slated for removal were in counties won by Democrat Hillary Clinton in 2016.

“Despite overwhelming evidence of the safety and security of mail-in voting, President Trump has waged a months-long crusade to undermine mail-in voting,” the states wrote. “The changes at issue escalate this crusade by creating a substantial likelihood that the States will not be able to deliver, receive, and tally ballots cast in time to be counted.”

The Postal Service did not immediately respond to a request for comment Thursday. But DeJoy, a former supply-chain CEO and major donor to Trump and the GOP, has repeatedly insisted that handling ballots is the organization’s top priority, and he has warned Americans to request and send back their ballots early to ensure they arrive in time to be counted. DeJoy is scheduled to meet with the election committee of the National Association of Secretaries of State on Sept. 17, the same day the judge has scheduled oral arguments on the states’ motion.

The lawsuit, filed last month, argues that federal law requires the Postal Service to go through specific procedures before making changes that affect nationwide service, including a review by the Postal Regulatory Commission and a public comment period. It also alleges that the changes interfered with the states’ ability to administer their elections. Besides Washington, those suing include Colorado, Connecticut, Illinois, Maryland, Minnesota, Michigan, Nevada, New Mexico, Oregon, Rhode Island, Vermont, Virginia and Wisconsin — all led by Democratic attorneys general.

Pennsylvania and New York are each leading separate coalitions of states also suing over the changes. Montana filed its own lawsuit Tuesday.

Ferguson’s motion, which was supported by hundreds of pages of declarations and exhibits, noted some of the issues the changes have already wrought. Michigan spent $2 million earlier this year on envelopes that met election mail standards — only to learn that the Postal Service wouldn’t treat them as First Class mail. In Madison, Wisconsin, the number of ballots that weren’t counted because they arrived late for the August primary doubled from the August 2018 primary.

The delays have also hurt the ability of people to receive prescriptions and government benefits on time, the states said. In Minnesota, delays in delivering unemployment and medical leave paperwork to employees meant some employers missed deadlines for contesting those claims. The state itself is paying such benefits to employees it otherwise would have contested. 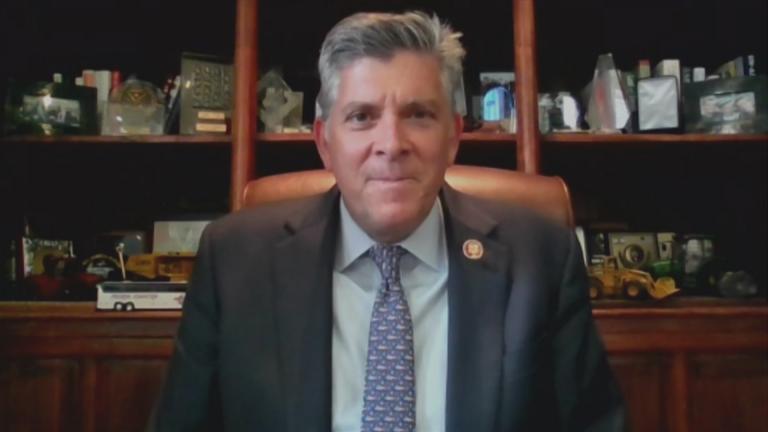 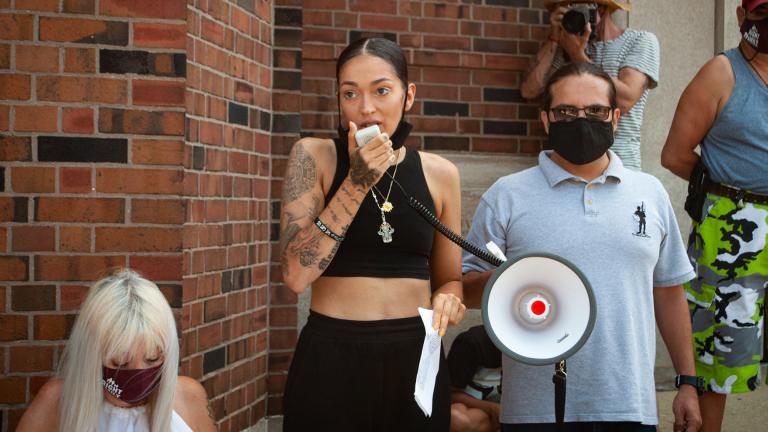 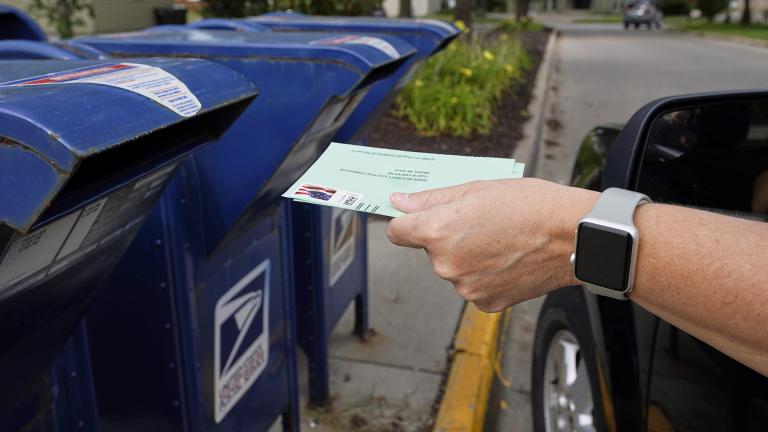