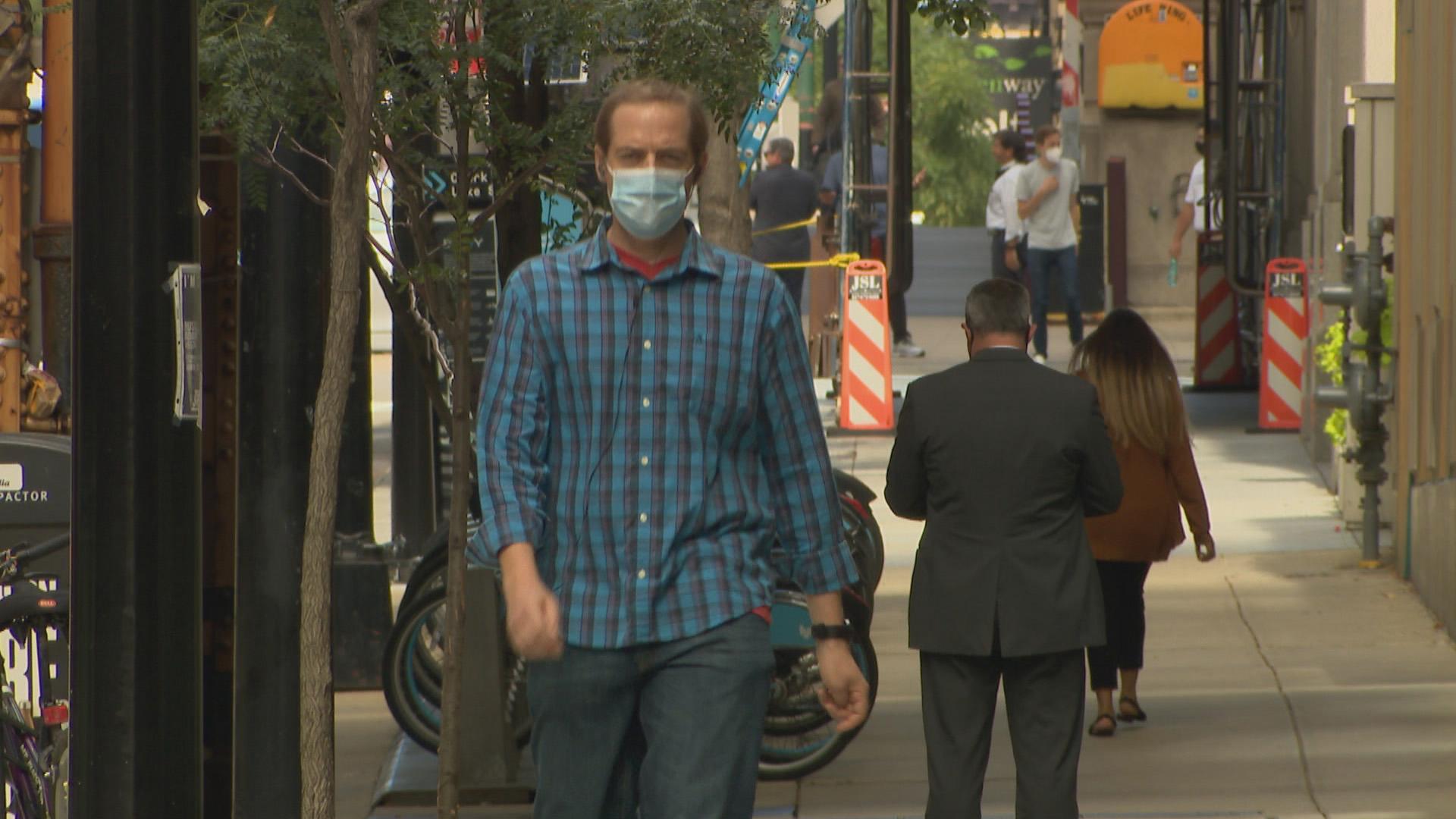 People wearing face masks walk along a street in downtown Chicago on Sept. 2, 2020. Officials concerned about the possibility for a spike in COVID-19 infections over the Labor Day weekend are reminding residents to wear masks and practice social distancing. (WTTW News)

More than 2,800 new cases of the coronavirus and 23 deaths were reported Saturday by the Illinois Department of Public Health, bringing totals to 248,177 cases and 8,166 deaths since the first confirmed infection was reported in the state in late January.

Among those whose deaths were reported Saturday were six Cook County residents, including a man in his 40s.

A backlog of tests earlier in the week resulted in an unusually high number of new cases reported Friday. System upgrades have been put in place to address the issue and the backlog has been cleared, according to officials.

The rolling seven-day statewide positivity rate is now 4.2%, according to IDPH. That figure is higher both in Cook County (6.7%) and Chicago (5.6%), according to the latest data available from the state.

Across the state, 29 counties are considered to be at a warning level for the virus, IDPH announced Friday, including Lake, Will and Kankakee counties – the latter two of which are under enhanced mitigation efforts to stop the spread of the virus. Suburban Cook County, which was added to the list last week, is no longer at a warning level, according to IDPH.

Ahead of the Labor Day weekend, Gov. J.B. Pritzker and state health officials urged residents to adhere to public health guidelines at gatherings, even when they are with close friends and family.

The governor said he was “very concerned” about the virus spreading this weekend.

“We know that much of the spread that’s occurring in Illinois is actually happening in these (gatherings),” Pritzker said Wednesday. “They’re often private settings and people often let down their guard thinking, ’Well I’m at home’ or ‘I’m at someone’s home that I know.’ But the reality is that you don’t know where everybody that’s there has been.”

Officials are reminding the public to wear masks properly over the nose and mouth and to practice social distancing.