The horror movie “Candyman,” written by Jordan Peele, was supposed to be released in June. Universal Pictures has now delayed the release until next year.

A trailer for the film uses only handmade animation – not scenes from the movie – to set up the story of a supernatural killer in a Chicago housing project and his horrifying backstory. It’s based on the 1992 cult movie of the same title. Both films were shot in Chicago – and the animation was made here as well.

We checked in with the creative animation group known as Manual Cinema. And – if we’re not too late – a warning: some spooky imagery lies ahead.

Marc Vitali: The Kimball Arts Center stands beside a noisy stretch of the 606 trail.

Inside the center, there’s a quiet laboratory of creativity. 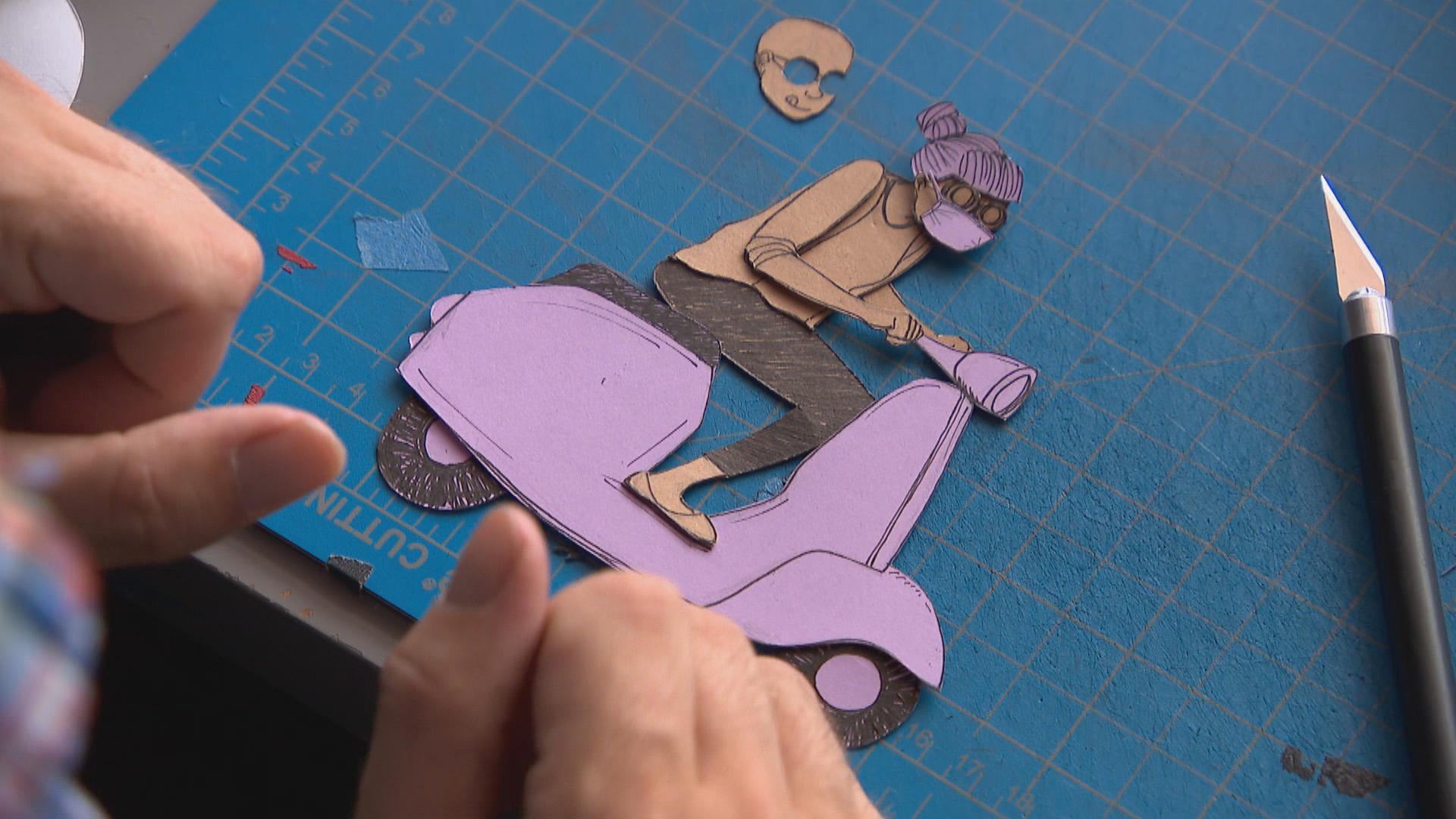 Vitali: Their biggest hit on the stage so far was an adaptation of “Frankenstein” at Court Theatre in 2018.

Besides their visual bag of tricks, Manual Cinema also uses innovative sound and music. And the whole package is presented in a way that reveals the people who are making it.

Miller: We’re not trying to hide anything. We love showing the mechanism of what we do because it’s such a big part of what the company’s about, and we even try to segue that into our video work, showing the handmade quality.

We find that because we work with screens and we stare at screens so much all day that there’s something about seeing this human touch to the work. It adds some sort of humanity to it in a way that we’re always interested in experimenting with.

Vitali: Most of their work is for adults but accessible to older children. And they do more than horror stories.

For their 10th anniversary, Manual Cinema is virtually presenting films that showcase their signature theatrical work, including their look at the American rust belt, “The End of TV.”

And a biography that brings to life one of Chicago’s most beloved figures: Gwendolyn Brooks, the Pulitzer Prize-winning poet laureate of Illinois.

They’d love to tell us about their work on the “Candyman” trailer — but they’re restricted by contract and can’t talk about it until the movie is released. (Watch the trailer below.)

Miller: “Candyman” is our first feature film, and we’re really excited for it to come out. We’re hoping for a theatrical release but we’ll see. But yeah, we filmed all of that here in Chicago in our studio.

It’s really brutal to not talk about it, but we get it. We’re just like ‘OK!” [laughs]

It’s such a cool medium in that it’s visual storytelling, and it’s usually non-verbal so it attracts so many different types of people. You can really make a puppet out of anything and really tell whatever story you want.

I do feel really lucky in that we’re set up as a film production and theater production studio to sort of create a new hybrid of work in a way that is creatively exciting but also challenging. And it’s also just a scary time too because the landscape of Chicago theater is going to be forever changed after all of this.

What will it be like a year from now? We’re all just trying to get through it.

The release of the “Candyman” reboot has been delayed until next year. This weekend, Manual Cinema will stream a supernatural story for Halloween, and they are working on “A Christmas Carol” for the holidays.