US Is Expected to Report a Record-Breaking Economic Plunge 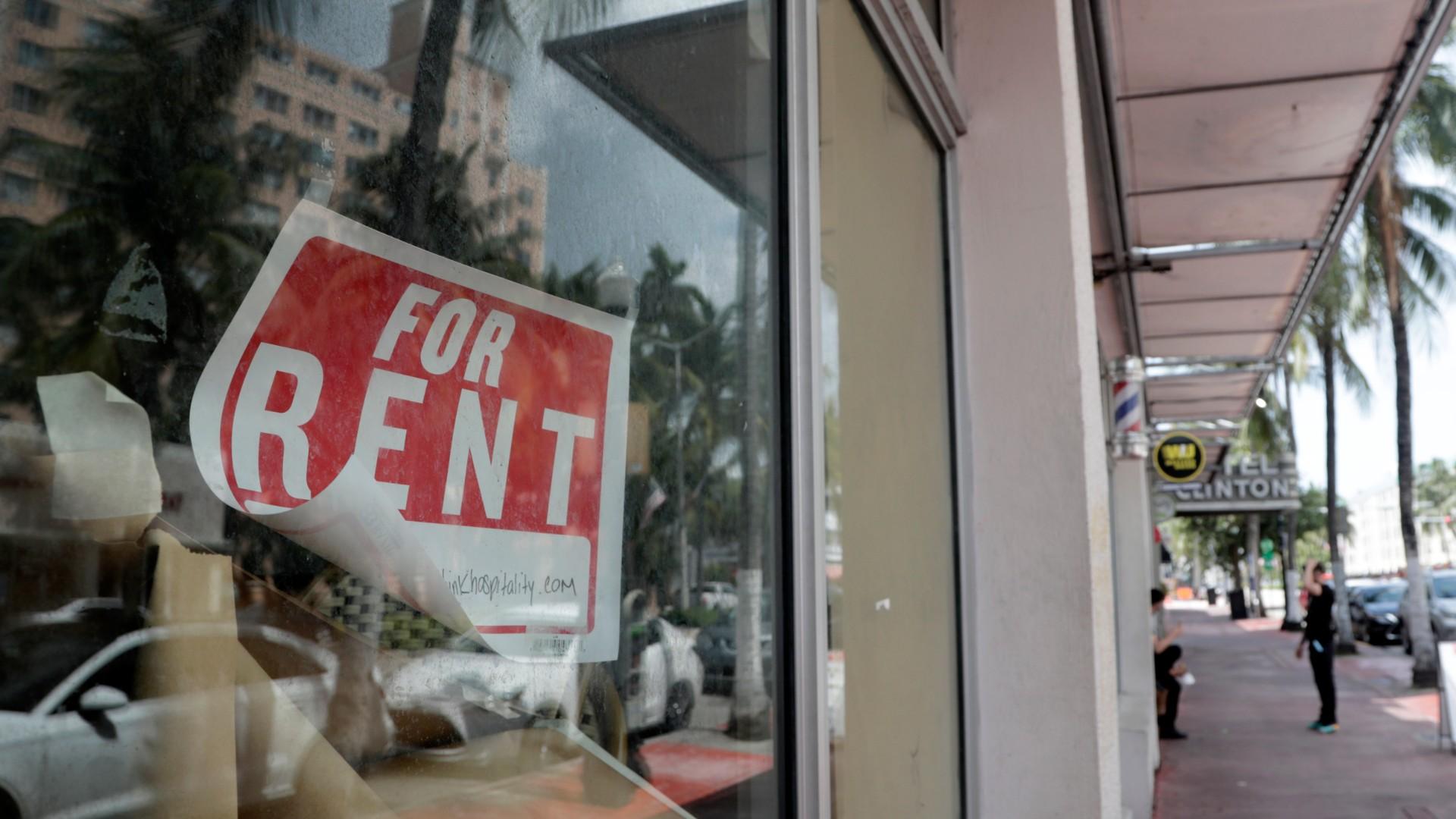 In this July 13, 2020 file photo, a For Rent sign hangs on a closed shop during the coronavirus pandemic in Miami Beach, Fla. (AP Photo / Lynne Sladky)

Having endured what was surely a record-shattering slump last quarter, the U.S. economy faces a dim outlook as a resurgent coronavirus intensifies doubts about any sustained recovery the rest of the year.

A huge plunge in consumer spending as people stayed home and avoided shopping, traveling or gathering in crowds as the virus raged is estimated to have sent the economy sinking at a roughly 32% annual rate in the April-June quarter. That would be more than triple the previous worst quarterly economic fall, a 10% drop set in 1958. Depressed activity in such areas as business investment, home construction and government spending also likely contributed to the worst quarterly contraction on records dating to 1947.

On Thursday, the government will issue its first of three estimates of economic activity, as measured by the gross domestic product, for the April-June quarter.

So dizzying was the contraction last quarter that most analysts expect the economy to manage a sharp bounce-back in the current July-September quarter, perhaps of as much as 17% or higher on an annual basis. Yet with the rate of confirmed coronavirus cases now rising in a majority of states, more businesses being forced to pull back on re-openings and the Republican Senate proposing to scale back the government’s aid to the unemployed, the economy could worsen in the months ahead.

The Trump administration is betting against that outcome in asserting that the economy will undergo a V-shaped recovery in which last quarter’s plunge would be followed by an impressive rebound in the current quarter — a hoped-for dose of good news that would be reported in late October, not long before Election Day.

Yet many economists are talking about a different letter of the alphabet. Noting that the economy can’t fully recover until the pandemic is defeated or a vaccine is widely available, they envision a W-shaped scenario, in which a rebound in the current quarter would be followed by a sustained period of tepid growth or even outright recession.

“The markdowns are coming because of the clear economic damage the virus is doing,” said Mark Zandi, chief economist at Moody’s Analytics, who said he believes the economy is losing jobs this month after two months of gains.

“We are going in reverse here,” Zandi said.

Analysts warn that the outlook could darken still further if Congress fails to enact enough financial aid to replace the expiring $600-a-week federal boost in unemployment benefits or provide sufficient help for businesses and state and local governments. Senate Republicans released a $1 trillion proposal on Monday that falls far short of a $3 trillion measure the House has passed, leaving an enormous gap for Democrats and Republicans to bridge as some elements of Congress’ earlier emergency relief programs run out.

Recent reports sketch a cautionary picture of the economy, with weekly applications for unemployment benefits still topping 1 million and consumer confidence falling sharply, with big declines in Michigan, Florida, Texas and California, all of which suffered a resurgence in confirmed virus cases.

Yet in a more hopeful sign, sales of new and previously owned homes have been rising after sharp declines in the spring, thanks to ultra-low mortgage rates. And it was reported Wednesday that the number of Americans signing contracts to buy homes jumped 16.6% in June after a record 44% gain in May.

Economists regard increased government aid as essentially a stop-gap action to keep the recession from deepening further. The most critical need, they agree, is to control the virus, most likely through a vaccine that most likely won’t be widely available until next year.

Sohn noted that the economy needed 6½ years to regain the ground it had lost in the 2007-2009 Great Recession. This time, he said, the recovery will likely take even longer.

The government support has been intended in large part to sustain households and businesses — from struggling jobless workers to people facing eviction from apartments to shop owners at risk of bankruptcy. Yet even though the government has spent the colossal sum of roughly $3 trillion with more to come, and the Federal Reserve has cut borrowing rates to record lows, the benefits may ease only some of the damage.

Consider Sara Farish, who had to close her inn on Orcas Island, north of Seattle, between March and June. With the inn limited to 50% capacity by local orders, revenue remains well off the Outlook Inn’s normal levels. Thirty-five weddings that had been booked for this summer have been canceled.

Farish worries about what will happen if the inn is forced to close again if there’s a resurgence of the virus in Washington state. It’s not just a short-term problem; the inn needs to be highly profitable in the summer to cover its expenses during the slower months.

She received a Paycheck Protection Program loan and a Small Business Administration disaster loan. But her bank, apparently worried about the risk of loans going bad, canceled her line of credit.

“We’re trying to do everything we can, day by day, to keep the health of our business,” Farish said. 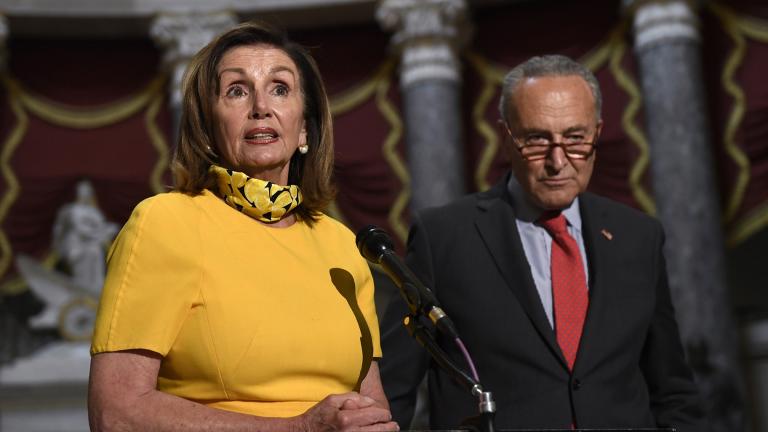 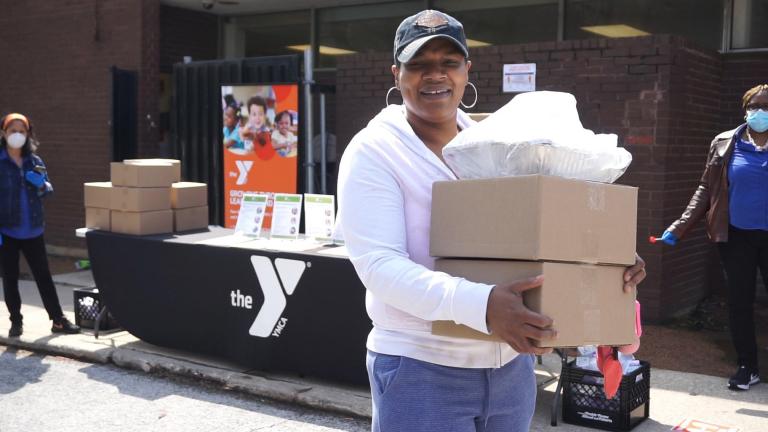 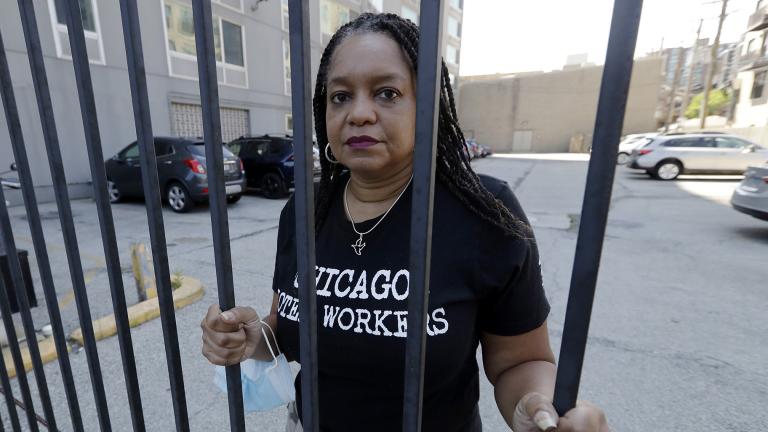