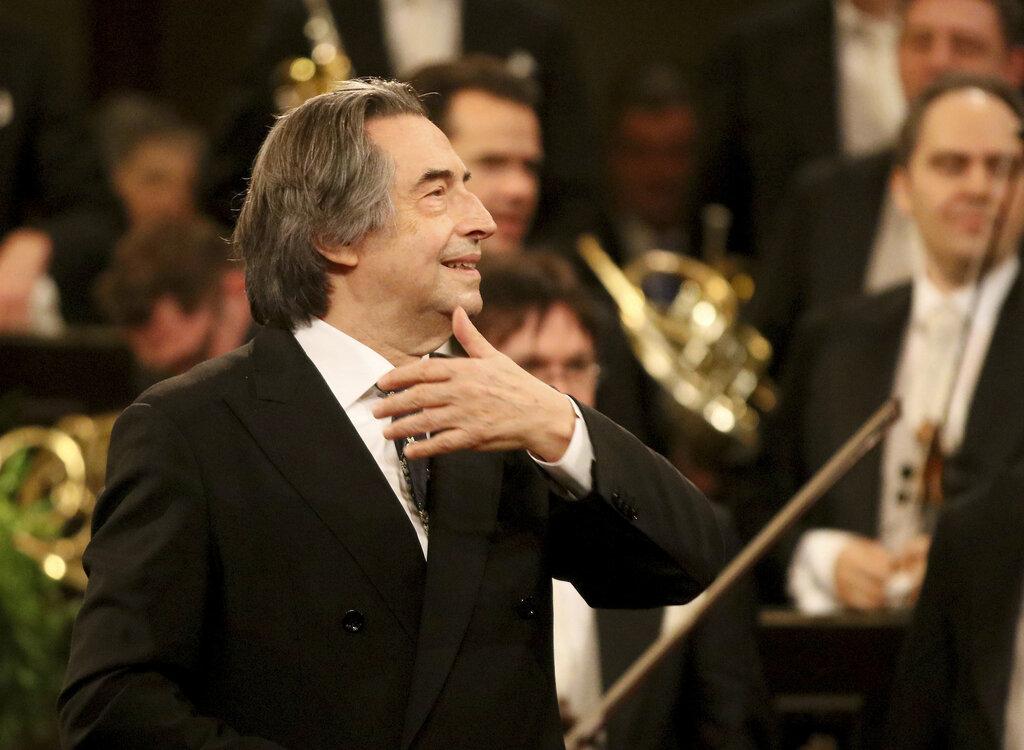 RAVENNA, Italy (AP) — Nine musicians from the Syrian diaspora in Europe are playing Sunday in the 24th friendship concert conducted by Riccardo Muti, this year at the Paestum archaeological site in southern Italy, but the coronavirus pandemic blocked others from arriving directly from Syria.

The concert Sunday by the Luigi Cherubini Youth Orchestra founded by Muti, part of the Ravenna Festival summer series, is dedicated to Syrian archaeologist Khaled al-Asaad and Kurdish-Syrian politician Hevreen Khalaf, both of whom were slain during Syria’s ongoing civil war.

“These concerts give to Ravenna the possibility to be an important ambassador of peace and brotherhood from Italy,” Muti told The Associated Press earlier this month in Ravenna. Khalaf was killed by Syrian fighters trained by Turkey 2019, and al-Asaad was beheaded in 2015 by fighters of the Islamic State group after he refused to aid their destruction of the ancient Roman city at Palmyra, a U.N. world heritage site.

Muti launched the Roads of Friendship concert series in 1997 in Sarajevo, shortly after Bosnia’s 1992-1995 civil war ended, and has since traveled to cities wounded by war, including Beirut, as well as in ancient and historic sites to “reestablish ties” with places that have made history, including the ancient Roman amphitheater in the southern Syrian city of Bosra.

“We can build bridges between civilizations, between people, with music,” said Karoun Baghboudarian, a cellist living in the Netherlands who is playing in Sunday’s concert and who sang in the chorus during the 2004 concert in Bosra — before Syria devolved into war, a period when she said musicians’ lives flourished.

Her brother, Missak Baghboudarian, conducts the Syrian National Symphony Orchestra and had hoped to travel to Italy to conduct a concert in Ravenna and attend the Paestum concert of Beethoven’s Symphony No. 3, known as the “Heroic,” but was unable to travel because of travel restrictions imposed by the coronavirus. Instead, the Syrian National Symphony Orchestra streamed Beethoven’s “Heroic” from Damascus on July 2.

Karoun Baghboudarian said she hoped the concert would renew attention on Syrians’ suffering.

“We hope that Syria will come through the war and all the difficult situations as heroes, and that they can live normally,” she said by phone from Paestum.