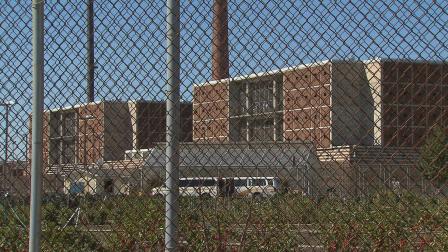 New research has found that nearly one in six cases of COVID-19 in Chicago and Illinois can be connected to people moving through the Cook County Jail, which at one point was dubbed the “largest-known source” of coronavirus cases in the U.S.

According to a new study published Thursday in the journal Health Affairs, cycling through Cook County Jail is associated with 15.7% of all documented cases of the virus in Illinois and 15.9% in Chicago through mid-April.

The report used zip code data to examine the correlation between this cycling, specifically at the Cook County Jail, and COVID-19 spread in both Chicago and Illinois through two models: a two-variable model and a multivariable model, which included the number of jail inmates released in March, the proportion of black residents, poverty rate, public transit utilization rate and population density.

According to the study, jail cycling far exceeded each of those other variables as a predictor of COVID-19 community spread, so much so that it accounted for 55% of the variance in case rates across zip codes in Chicago and 37% statewide.

“One way to think about it, basically there is a multiplier effect,” Reinhart said. “For every person that you cycle through the jail – whether they specifically get COVID-19 or not while in the jail – on average, about 2.2 new cases of COVID-19 are going to emerge in communities of Illinois as a result of each person cycled through this one jail.”

Reinhart believes the jail’s total impact on COVID-19 spread could now be far greater than even what’s in his report as the disease has continued to spread since the April cutoff date for his study. And the report doesn’t account for jail staff, who enter and leave the facility on a daily basis, and could act as “super spreaders” of the coronavirus, Reinhart said.

Through Wednesday, nearly 1,000 Cook County Jail employees and detainees had tested positive for COVID-19 at some point, though the majority of them have since recovered. Seven detainees, two corrections officers and one court deputy have died after contracting the virus.

The Cook County Sheriff’s Office remains in the midst of a federal lawsuit over its sanitation and social distancing measures at the jail, though it maintains it is “aggressively working round-the-clock” to combat the pandemic. The office continues to screen and test detainees, and said it has moved to increase the amount of personal protective equipment and sanitation supplies in the jail.

“The focus is on outdated information and completely ignores the fact that as a result of our interventions, cases at the jail have dropped precipitously over the past month. As of yesterday, there were 36 detainees positive for COVID-19 at the jail, and 42 jail staff members currently positive,” a Sheriff’s Office spokesperson said in a statement.

“More important, virtually all of the new cases in recent weeks have come from newly arrested individuals who tested positive at intake, not from those who were already in custody. Once testing became available (a well known national issue), we started testing at all incoming detainees at intake,” the statement continued. “The logical conclusion is that if we had the ability to test at intake beginning in January it would have shown the virus was coming in from the street, not the other way around. Further supporting this is the fact the majority of the positive cases are coming from the communities hit the hardest by COVID-19.”

The jail’s population had been cut to historic lows in recent months – down from more than 5,500 detainees in February to about 4,000 in May – in order to help stem the spread of COVID-19.

But after hundreds of arrests were made in the Chicago area at protests following the police killing of George Floyd in Minneapolis, the Cook County Jail’s population has risen steadily and surpassed 4,500 detainees on Thursday.

Reinhart called this a “huge, huge concern,” and said he believes it speaks to another issue of policing policies and over-arresting that could put more lives in danger during the pandemic.

“In terms of public health, it’s very clear that arresting these protesters and cycling them through the jail – most of them are released rather quickly – you’re exposing them to extremely high risk space for infection” he said. “Even if just one of those people that’s arrested, and they’re waiting in line to be processed, is sick, you’re going to have a lot of people sick at the end of that.”