Most court operations delayed into July, per extended order 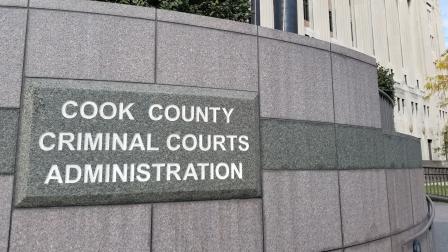 A pair of Cook County judges have tested positive for COVID-19, one day after the Office of the Chief Judge announced the extension of a modified court schedule postponing most criminal and civil cases.

Circuit Court Chief Judge Timothy Evans’ office on Thursday announced that two judges assigned to the 5th Municipal District Court in Bridgeview had tested positive for the coronavirus. They are the first Cook County judges to contract the virus, according to a spokesman for Evans’ office.

An adult probation department employee in Skokie also tested positive Thursday. There are now 39 employee cases of COVID-19 across the court system under Evans’ watch.

On Wednesday, the chief judge announced he would be extending an order implementing a modified schedule that delays most cases across the Cook County court system into July due to the pandemic.

“The court continues to monitor the pandemic and is mindful that the pandemic is not expected to peak until mid-June,” Evans’ office wrote in a statement.

The order, which has been in place since March 17, has limited courts operations to “emergency matters,” meaning jury trials and most hearings have been continuously pushed back. Even so, Evans’ office said judges have heard more than 111,000 criminal matters since then, either in person or through videoconferencing.

The modified schedule, which was set to expire on May 31, will now continue until July 6.

Evans said he’s also asking judges to review pending cases with attorneys to determine when cases can be scheduled on or after July 6.

The court is also seeking hundreds of additional Zoom licenses in order to expand the number of courtrooms that can livestream proceedings via the court’s Youtube page. The court currently has 50 licenses and is in negotiations with Zoom to acquire 350 more.

Evans considered entering an order that would’ve allowed additional court proceedings as soon as June 15. But he ultimately decided against it in order to “allow enough time for all justice system stakeholders to ensure that more proceedings will be conducted in a way that protects everybody.”

“These conditions have not been finalized,” his office said, “but they will be consistent with best practices involving face coverings, physical distancing, room capacity limits and flexibility for those who cannot attend court due to illness or exposure to illness.”

The Chicago Sun-Times reported that Evans had considered a three-phase reopening plan for the courts that included allowing in-person hearings that could be held with 10 or fewer people in a courtroom abiding by social distancing requirements.

“The court will continue to monitor the pandemic,” Evans’ office said, “and make additional announcements as needed.”