Chicago’s new and outspoken police union president said Sunday there’s been mixed reaction to his election, but he’s coming into the job with backing at the highest level: the White House.

President Donald Trump on Sunday morning tweeted: “Congratulations to Officer John Catanzara for being elected President of the Chicago Police Union. He always ‘Gets the Job Done.’ #MAGA @foxandfriends”

Catanzara was reprimanded in 2017 for violating a rule that prohibits on-duty officers from political activity when he posted pictures of himself in uniform carrying a sign in support of Trump, the Second Amendment and the American flag.

He was elected in a runoff on Friday over incumbent Chicago Fraternal Order of Police President Kevin Graham.

Chicago Police Department brass has talked “forever” about “accountability and fairness,” Catanzara said in the three-minute interview on “Fox and Friends.” (Watch the full interview, above.)

“I just always tried to point out the unfairness and lack of accountability the higher up the chain in the command” he said. “As they say … the crap rolls downhill. It doesn’t go uphill, and that’s for sure. We’re held to a higher standard as police officers. Logic would dictate that the standard should elevate the higher up the chain you go. It’s quite the opposite.”

The 2017 rebuke is among a lengthy history of disciplinary actions against Catanzara, including an investigation into a police report he filed in 2018 against former Chicago Police Superintendent Eddie Johnson, who took part in an anti-violence protest in which marchers overtook the Dan Ryan Expressway.

Catanzara in March defended those disciplinary actions as unrelated to his on-the-streets police work.

“Most of my suspensions have been for internal department issues. Not public-related. Not use of force. Not stealing money. None of that stuff. It’s all because I call bulls—t on bosses and this department doesn’t like it. It goes right back to the code of silence that she [Lightfoot] wants to stop,” Catanzara said, as quoted in the Chicago Sun-Times.

Catanzara on Sunday said that while he has support from some Chicago police officers, he knows he also has detractors within the Fraternal Order of Police.

“There’s many members who were crying out for a voice for a long time: Someone who would say the things that they were thinking, which has kind of been me for a long time,” he said. “And there’s a bunch of people who think maybe I should go a little softer, and they want a little easier attack against the city, or more professional, as they would put it.”

Catanzara said he gets “both sides.”

“My job is to obviously convert the detractors and get them to understand that this is what’s needed in this time and date,” he said.

The FOP has been without a contract for nearly three years. It will be up to Catanzara to negotiate a new deal with the city.

The department itself is also adjusting to new leadership.

Mayor Lori Lightfoot’s office on Saturday did not respond to a request for comment on Catanzara’s election.

Catanzara indicated in March that he is ready to clash with Lightfoot if need be.

“If you want to talk, we’re willing to listen and sit down and talk. If you want to fight, we’re gonna bring a fight like no FOP has ever brought to any mayor in this city — ever,” Catanzara said, as reported in the Chicago Sun-Times. 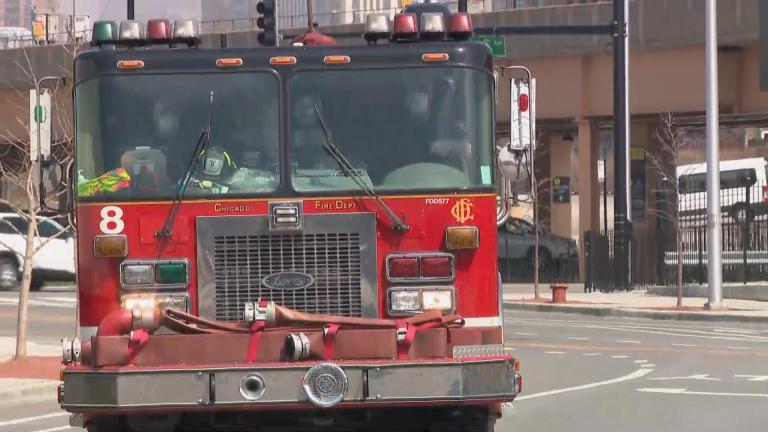