Video: Our Spotlight Politics team discusses the mayor’s focus on heath disparities in the Latino and African American communities.

The number of confirmed cases of the coronavirus in Chicago’s Latino community has more than doubled in the past four weeks, Mayor Lori Lightfoot said Wednesday.

Lightfoot said city officials had been worried all along that data compiled in early April that determined Latino Chicagoans accounted for 14% of the city’s cases and 19% of its deaths was not accurate.

Those fears were well founded, Lightfoot said Wednesday, announcing that Latino Chicagoans now account for 37% of Chicago’s coronavirus cases and 25% of the city’s deaths.

Latino Chicagoans make up approximately 29% of the city’s population.

“These numbers are quite profound,” Lightfoot said. “We have to step up.”

Lightfoot said the data was “no less breathtaking” than the rate of infection in Chicago’s African American community, which prompted the mayor to sound a “public health red alarm” on April 6.

“It is easy to forget, but we cannot, that these aren’t just numbers,” Lightfoot said. “They are people. They’re families, parents and grandparents, brothers and sisters, friends and loved ones who are sick and afraid for their lives. These are our neighbors.” 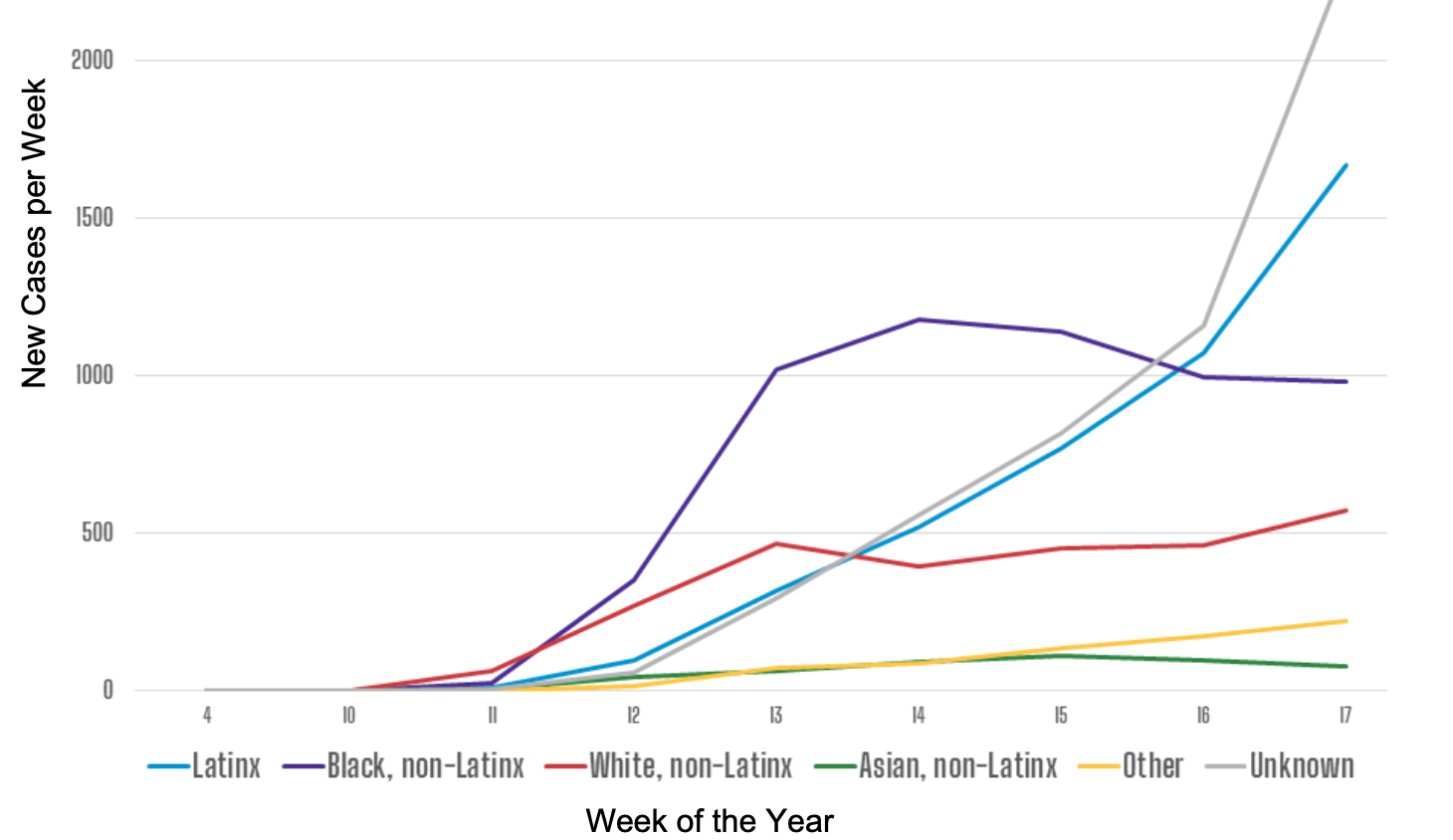 City officials will use the same plan in Latino neighborhoods in Chicago that they did in black neighborhoods, where the number of new cases dropped and then plateaued in the past several weeks.

Despite that progress, confirmed cases of the coronavirus in Chicago’s African American community remain disproportionately high, with 36% of the city’s coronavirus infections and 52% of deaths from the virus, officials said.

Testing will be expanded in Latino neighborhoods, and thousands of multilingual door hangers and postcards will be sent to residents to help them stay healthy, Lightfoot said. Little Village, Archer Heights, Brighton Park, Gage Park, Chicago Lawn and Belmont Cragin have been particularly hard hit, according to city data.

In addition, the city will hold two virtual town hall meetings, one co-hosted by AARP and Univision and another focused on emotional well-being for youth.

But unlike in the African American community, city officials will also work with SEIU Local 1, UNITE HERE Local 1, the Construction and General Laborers’ District Council of Chicago and Vicinity to educate Latino Chicagoans about their rights as essential workers who cannot do their jobs from home.

“No one should have to choose between their health and their job,” said Efrain Elias of SEIU Local 1.

Lightfoot blamed the surge in the Latino community in part on President Donald Trump’s “hateful, xenophobic demonization of this community.”

“Now more than ever we need to bring people out of the shadows,” Lightfoot said. “And we cannot let anybody, no matter who it is, demonize our communities and scare them away from seeking treatment and getting education.”