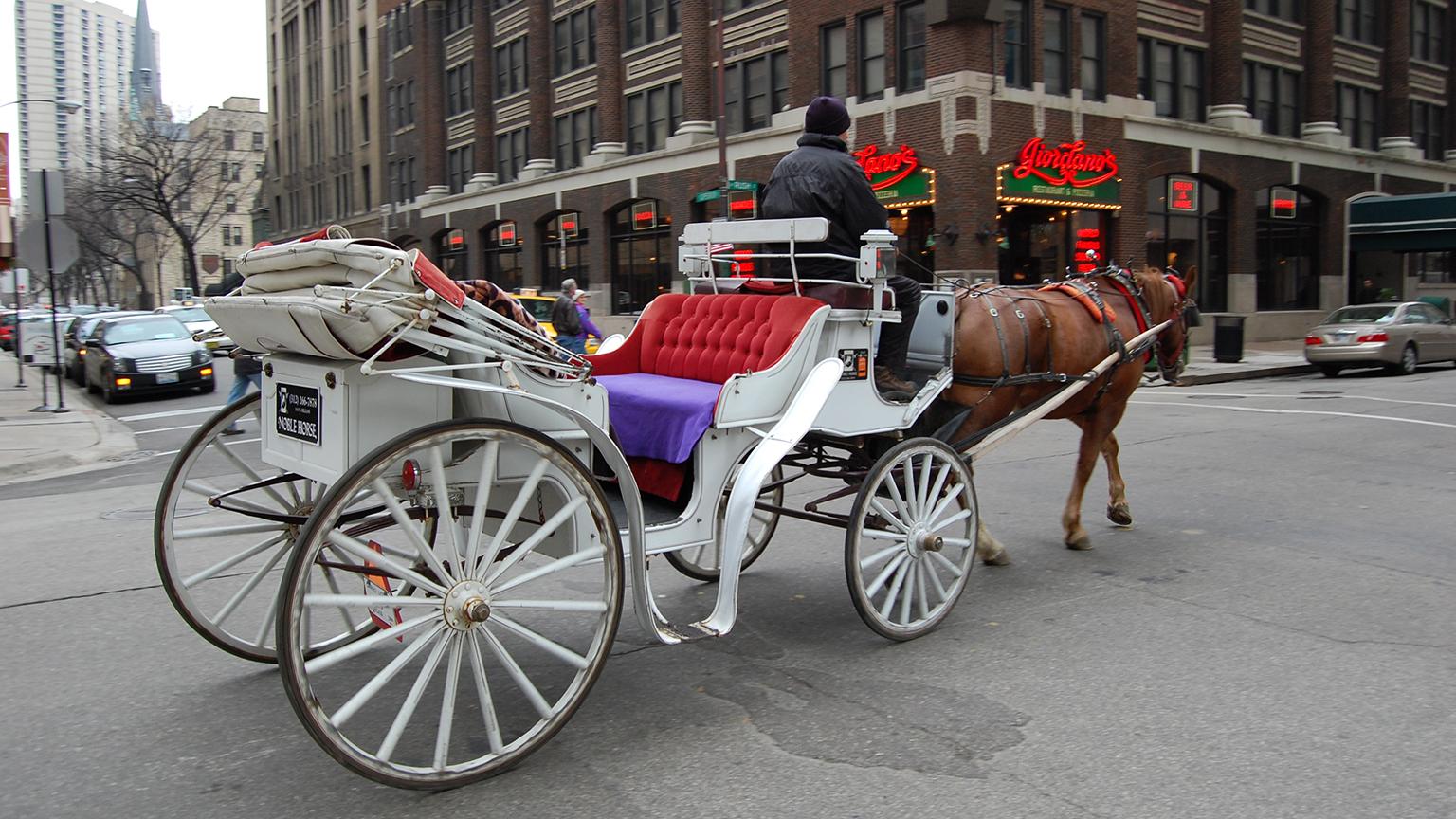 The distinctive sound of hooves clip-clopping along downtown streets will soon become a relic of a bygone era.

Members of the Chicago Alliance for Animals pressured aldermen to ban the “archaic, inhumane” practice before a horse died on Chicago’s streets.

However, operators of some of the 10 firms licensed to operate horse-drawn carriages pleaded with aldermen to let them keep rolling around the Water Tower and along the Magnificent Mile, flooded aldermen with objections and said they love their horses and would never allow them to be mistreated.

Ald. Brendan Reilly (42nd Ward) said in March that the 10 horse-drawn carriages operating in Chicago racked up “hundreds of violations” by “refusing to follow basic rules of the road.”

People for the Ethical Treatment of Animals President Ingrid Newkirk celebrated the ban, and said she hoped other cities would follow Chicago’s lead, including New York—where a horse used for carriage rides died in Central Park earlier this year.

Current rules prohibit the carriages from operating when the temperature is 90 degrees or higher or drops below 15 degrees Fahrenheit. In addition, the carriages have to shut down if the wind chill drops below zero, or if snow or ice on the ground makes it perilous for the horses to walk, according to city regulations.

The city’s ordinance requires carriage horses to be given water and allowed to rest for 15 minutes out of every hour, and carriages are not allowed on downtown streets during the morning and evening rush hours. Horses can work no longer than six hours a day.

A majority of the 334 violations issued to horse-drawn carriage operators last year were for allowing horses to work when it was too hot or too cold, Reilly said

The ban will cost the city approximately $15,000 annually in lost license fees, an amount that will be recouped by no longer having to monitor the carriages’ operations and issue citations, Reilly said.