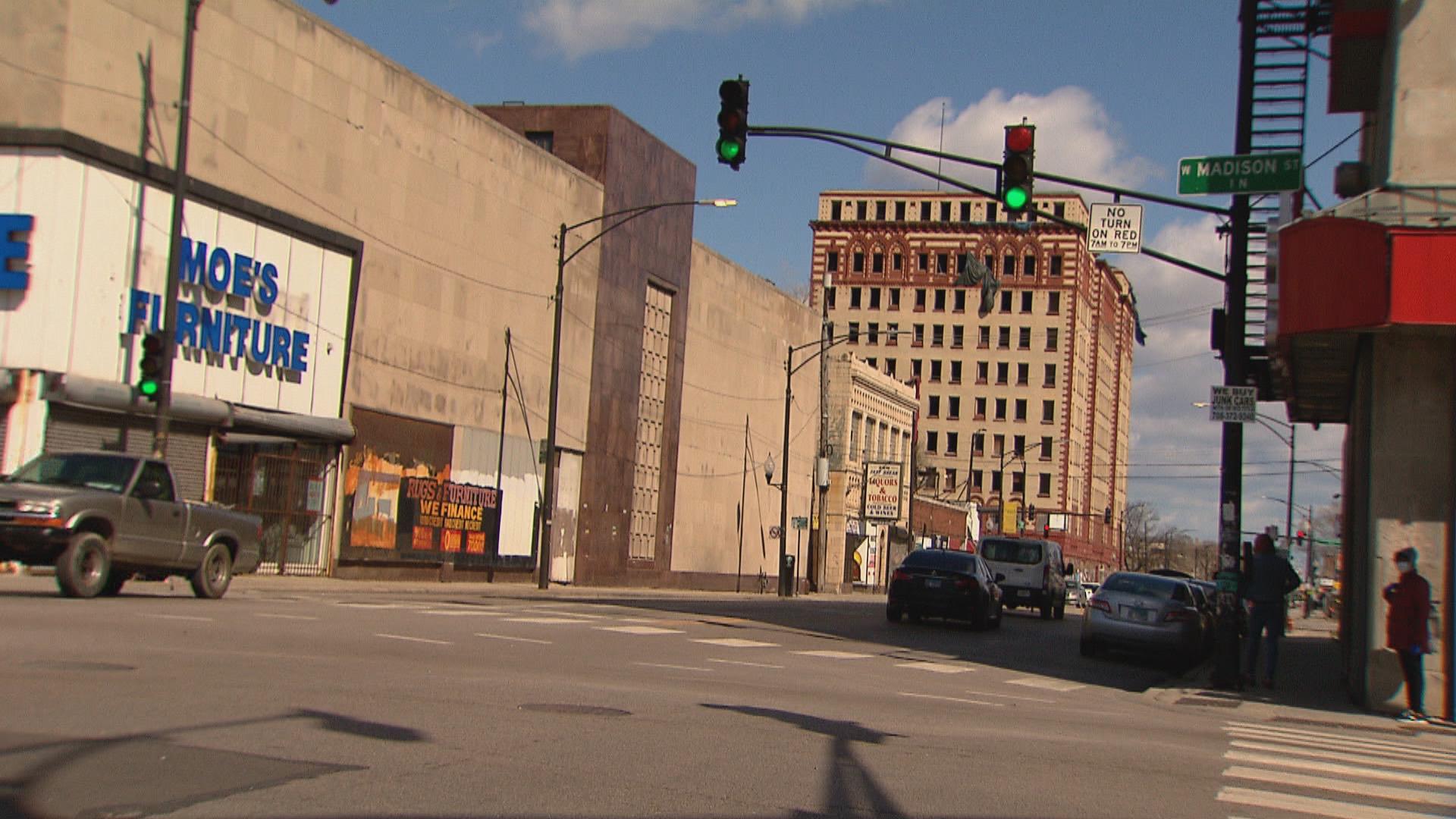 The intersection of Madison Street and Pulaski Road in Chicago. (WTTW News)

The Chicago Transit Authority will pay a $3 million settlement in the case of a man whose left leg was amputated above the knee after he was struck by a CTA bus.

A Cook County judge on Wednesday approved the deal between the CTA and the family of Raymond Baroud, who was hit by a bus while crossing the street near the intersection of Madison Street and Pulaski Road in November 2018.

According to his attorneys, Baroud was pinned under the front right tire of the bus for several minutes, resulting in fractures to his hip and elbow that required surgery, and a leg fracture that required amputation. Baroud now lives in an assisted living facility in Wheeling.

“He has 24-hour care,” said Baroud’s attorney Tim Cavanagh. “He lost his leg above the knee, which is quite different from losing it below the knee. He’s a slight man, not a big man, and it takes a lot of energy to walk when you’ve got a leg amputated above the knee. He has some dementia as well, and it’s just a sad situation, but we’re happy we’re able to get him the money he needs to live the best life he can at this point.”

The driver of the bus, Erik Towner, was also named in the lawsuit. Towner claimed he could not see Baroud crossing the street while turning from Pulaski Road onto Madison Street, Baroud’s attorneys said, but video footage from multiple CTA surveillance cameras and a nearby store, along with expert witnesses, refuted that. The CTA says Towner is still an employee but that he “has not returned to an operating capacity since the date of the accident.”

According to a CTA database, Towner is on temporary medical disability. Attempts to contact him were unsuccessful.

While Baroud was near but not within a crosswalk during the crash, video appears to show that he should have been visible to the driver. His attorneys say Baroud’s medical bills came to more than $370,000 and that the round-the-clock medical care he’ll need for the rest of his life will cost at least $116,800 a year. 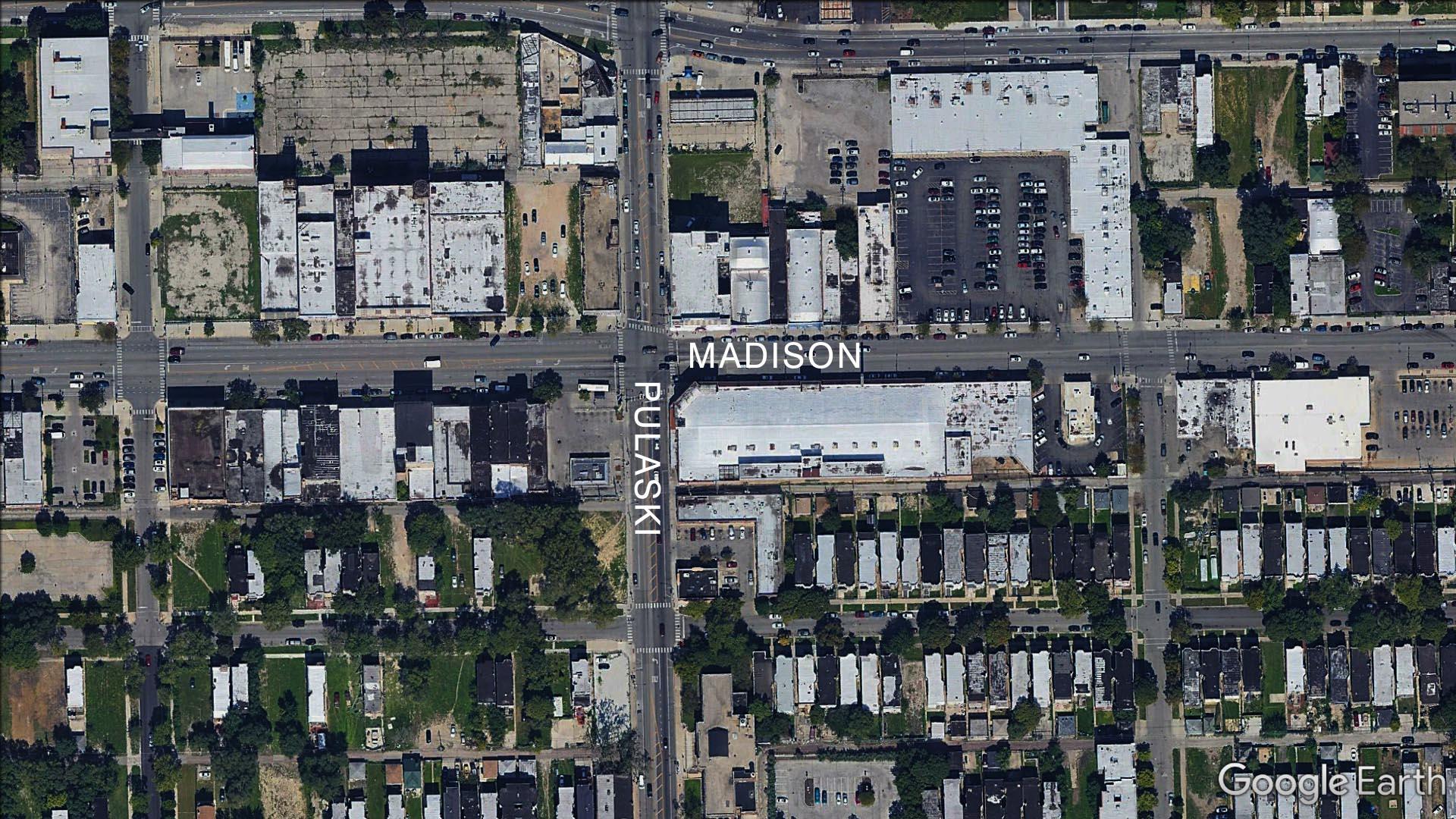 “(The CTA) will never admit their responsibility, even when it’s clear they’re responsible,” Cavanagh said. “We had video tape of the incident from the CTA bus that Erik Towner was driving, we had CTA tape from a bus in front of the subject bus, and … we got surveillance footage from a store across the street which made very clear that Raymond Baroud was visible to this bus driver.

“The CTA knew that evidence existed right away. My client did not when he was fighting for his life in Cook County Hospital, but because we got involved right away we were able to secure that evidence. And then the CTA in the case denied that it was their fault.”

In a statement, the CTA said: “The case was mediated by the parties and a mutually agreeable settlement of $3 million was reached, given the serious nature of the injury involved.”

The agency’s board of directors approved the settlement at its meeting earlier this month.