At least 19 children and two employees at a Chicago shelter for immigrant youth have tested positive for COVID-19 in recent days, in what appears to be the largest outbreak of the virus in the country in shelters for unaccompanied minors.

According to an email sent to staff Sunday, Heartland Human Care Services officials said the first positive test results were reported at its Bronzeville shelter on Friday and that additional cases there were confirmed over the weekend.

On Monday, officials from Heartland Alliance, the umbrella nonprofit organization that oversees the shelter program, confirmed the positive tests and said they expect there will be more cases.

“We are operating under the assumption that we will see additional positive diagnoses as we receive results from the other tests that have been administered, and the steps we are taking to ensure the health and safety of our participants and staff are based on that assumption,” Mailee Garcia, a spokeswoman for the organization, wrote in a statement. “The prognosis for all of the children in our care is very good, and we are continuing to focus on our participants’ health and well-being.”

As of last Wednesday, only six COVID-19 cases had been confirmed among children and adolescents housed in shelters around the country, according to the Office of Refugee Resettlement, which oversees the nation’s shelter program. All six were at shelters in New York.

ORR officials said there were also 39 “self-reports” of positive COVID-19 tests among personnel affiliated with shelter programs in six states as of Wednesday. ORR has not provided updated figures, despite repeated requests since Friday.

COVID-19 is a less serious health threat to children than it is to adults.

Heartland, according to the copies of the email obtained by ProPublica Illinois, began “trying to secure tests” for children at the Bronzeville shelter after some of them displayed “COVID-19-like symptoms,” wrote David Sinski, executive director of Heartland Human Care Services.

The email doesn’t detail symptoms, when they became evident or when children were tested. But by Friday, Heartland officials learned that one of its “participants” — as the immigrant children and youth are called — had tested positive. 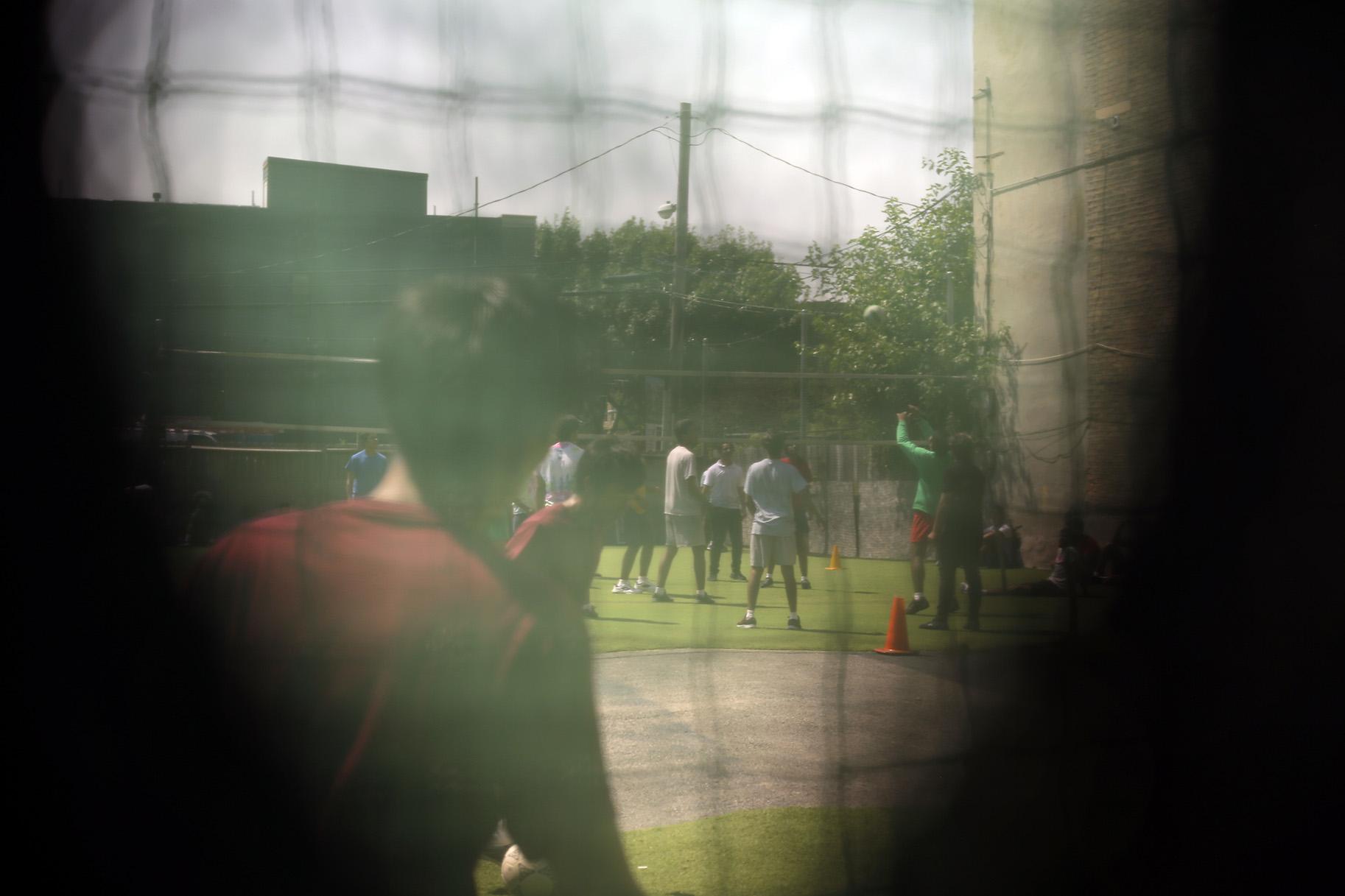 On Saturday, officials were told that three additional children had tested positive. By Sunday morning, they received positive COVID-19 diagnoses for an additional 15 children, bringing the total to 19. According to the email, 10 of the 19 children are asymptomatic. Two staff members have also tested positive.

“We understand that receiving this news may leave you feeling uncertain and scared,” Sinski wrote to staff. “I want you to know that we are committed to providing you with the information that you need to know in order to keep you and your loved ones healthy and safe.”

It’s unclear how old the infected children are or where they are from. But the Bronzeville shelter, a four-story converted nursing home that can hold up to 250 boys and girls, is licensed to house children from infancy to 17 years old.

Officials said they “immediately” move children to an isolated environment when they show any signs of any illness, including COVID-19, to minimize any risk of community spread. Since Saturday, Heartland has “enhanced our social distancing measures” at the shelters to limit the contact among children and between children and staff, Garcia said.

In his email, Sinski wrote that all remaining children at the facility are being tested and that he expected those results by Tuesday. He also asked all employees who worked on the floors where children who tested positive were living to stay home with pay for two weeks. Staff members who undertake “specific activities” with children will be provided N95 masks, gowns and gloves, and are being screened for COVID-19 symptoms before each shift.

Heartland officials said they are now contracting with additional nurse practitioners to be at the shelter for every shift. They are also exploring a house parent model, which would have a subset of staff be onsite full time for the coming couple of weeks, officials said.

Heartland officials said the organization is in close contact with ORR and city public health officials.

Shelters for immigrant children, nursing homes and other congregate facilities must report to the city of Chicago when there are two or more positive COVID-19 cases, according to a March order. The city’s Health Department then provides “tailored guidance to facility staff on infection control, including cleaning protocols and how to properly manage both COVID-19 positive and exposed individuals,” a spokesperson said in a statement, adding that clusters of cases have been identified in “several facilities.”

Garcia said the organization is “doing all that we can to advocate for additional testing kits for participants and staff across our programs.” She added that “our team have been stellar and courageous champions during this pandemic, committed to both a high level of quality care and being creative and supportive to each other during this challenging time. They are true heroes.”

The Illinois Department of Children and Family Services, which licenses the shelters, has been notified that children at the facility tested positive. “We’ve been in contact, and we’re offering assistance,” said agency spokesman Jassen Strokosch.

Heartland officials said a professional cleaning company has performed multiple cleanings of the facility in the past week and will continue to perform weekly deep cleanings.

According to ORR guidance meant to limit the spread of COVID-19, children who have symptoms and are recommended for testing are isolated from other children pending test results. Shelter programs are required to do twice-daily temperature checks of immigrant children and alert ORR if a child has a temperature above 100 degrees. ORR has also implemented a mandatory temperature check for anyone entering a shelter, according to officials.

ORR has also stopped placing children at shelters in California, New York and Washington, with limited exceptions, and said it is trying to find local shelters for newly arrived immigrant children to limit air travel. Previously, children were moved to shelters around the country where beds were available.

About 2,800 children are being held in the nation’s shelter system. There are 69 children at three shelters run by Heartland. The organization previously operated five shelters, all in Chicago, but has consolidated the program in response to COVID-19. “Our census was lower and consolidating sites has allowed us to implement the measures ... to safeguard the health of our staff and participants,” a spokeswoman said.

No children have tested positive for COVID-19 at another group of shelters in Illinois run by Maryville Academy, a Catholic child welfare agency, said Sister Catherine Ryan, Maryville’s executive director. About 30 teens are currently housed at two Maryville shelters.

“I’m very grateful that all of our children are fine,” Ryan said. “Obviously, we are taking a lot of precautions to keep it that way.”

Lawyers and advocates for detained immigrant children say they’ve been worried an outbreak would occur in a shelter. Lawyers went to court in late March to ask the federal government to speed up the release of children in its custody.

“It’s been our concern all along as advocates that jails, prisons, detention facilities, even licensed shelter detention, it’s where we’re going to see the massive outbreaks and it’s going to be exponentially higher than in the broader community,” said Holly Cooper, co-director of the Immigration Law Clinic at the University of California, Davis.

Cooper said she is particularly worried about children who have preexisting conditions that have not been identified by shelter officials or ORR and will make them more vulnerable to COVID-19.

“The goal,” she said, “is to get kids out of congregate care because there’s no way it can comply with [Centers for Disease Control and Prevention] guidance even if you’re using all the hand sanitizer in the world.”

Publisher’s Note: WTTW News brings you this story from ProPublica Illinois and video from “Chicago Tonight” as a way to deliver on our commitment to serve the residents of Chicago during this public health crisis and beyond.