“Feminism in the hood is for everyone, because everyone needs it.”

So writes Chicago native Mikki Kendall in her new book, “Hood Feminism: Notes From the Women That a Movement Forgot.”

The book offers a critique of how modern mainstream feminism often leaves behind women like her, and does little or nothing to remove the obstacles faced by people of color, the poor and other marginalized communities.

“As debates over last names, body hair, and the best way to be a CEO have taken center stage in the discourse surrounding modern feminism, it’s not difficult to see why some would be questioning the legitimacy of a women’s movement that serves only the narrow interests of middle- and upper-class white women,” writes Kendall, who became known for creating the viral hashtag #SolidarityIsForWhiteWomen in 2013.

“It is past time to make the conversation a nuanced, inclusive, and intersectional one that reflects the concerns of all women, not just a privileged few.”

You can meet Kendall at an After-Words bookstore event Tuesday, at Women and Children First in Andersonville on Wednesday and at the Seminary Co-op in Hyde Park on March 18. 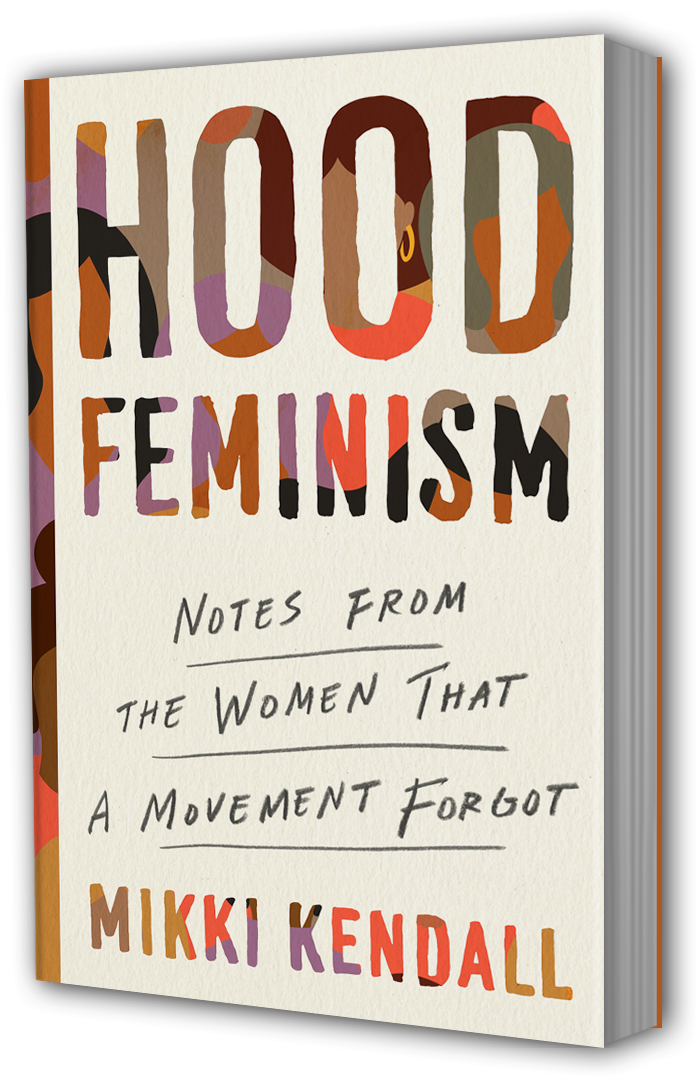 My grandmother would not have described herself as a feminist. Born in 1924, after white women won the right to vote, but raised in the height of Jim Crow America, she did not think of white women as allies or sisters. She held firmly to her belief in certain gender roles, and had no patience for debates over whether women should work when that conversation arose after World War II. She always worked, like her foremothers before her, and when my grandfather wanted her to stop working outside their home, and let him be the primary breadwinner, well, that seemed like the most logical thing in the world to her. Because she was tired, and working at home to care for their children was no different to her from working outside the home. To her mind, all women had to work. It was just a question of how much, and where you were doing it. Besides, like a lot of women of that era, she had her own creative and sometimes less than legal ways of making money from home, and she utilized them all as the need arose.

She mandated education for her four daughters, who gave her six grandchildren between them, and for any number of cousins, friends, and neighborhood children around, the man- date was the same. Her answer to almost everything was “Go    to school.” It never occurred to any of us that dropping out was an option, because not only was her wrath to be feared, her wisdom was always respected. High school was mandatory, some college strongly encouraged, and your gender didn’t matter a bit. As with work, education was something she believed everyone needed to have, and she didn’t much care how you got it, or how far you went, as long as you could take care of you.

My grandmother remains—despite her futile efforts to make me more ladylike—one of the most feminist women I’ve ever had the pleasure of knowing, and yet she would never have carried that label. Because so much of what feminists had to say of her time was laden with racist and classist assumptions about women like her, she focused on what she could control and was openly disdainful of a lot of feminist rhetoric. But she lived her feminism, and her priorities were in line with womanist views on individual and community health.

She taught me that being able to survive, to take care of my- self and those I loved, was arguably more important than being concerned with respectability. Feminism as defined by the priorities of white women hinged on the availability of cheap labor in the home from women of color. Going into a white woman’s kitchen did nothing to help other women. Those jobs had al- ways been available, always paid poorly, always been dangerous. Freedom was not to be found in doing the same labor with a thin veneer of access to opportunities that would most likely never come. A better deal for white women could not be, would not be, the road to freedom for Black women.

She taught me to be critical of any ideology that claimed to know best if those espousing it didn’t listen to me about what I wanted, much less needed. She taught me distrust. What progressives who ignore history don’t understand is that just like racism is taught, so is distrust. Especially in households like mine, where parents and grandparents who had lived through Jim Crow, COINTELPRO, Reaganomics, and the “war on drugs” talked to their children early and often about how to stay out of trouble. When the cops harassed you, but didn’t bother to actually protect and serve when violence broke out between neighbors, lectures from outsiders on what was wrong with our culture and community weren’t what was needed. What we needed was the economic and racial privilege we lacked to be put to work to protect us. Being skeptical of those who promise they care but do nothing to help those who are marginalized is a life skill that can serve you well when your identity makes you a target. There’s no magic shield in being middle class that can completely insulate you from the consequences of being in a body that’s already been criminalized for existing.

There’s probably some value in being seen as a good girl. In being someone who values fitting in and embracing the status quo. There are rewards, however minor, for those who value being seen as that middle-class model of respectable with no in- convenient rough edges. I’ve never found my way there, so I won’t pretend to be able to detail the value, or to judge those who can fit into that mold. I’ve just accepted that I never will, that I’ll probably never even want to cut away the parts of me that protrude in the wrong directions. I like not living up to the expectations of people who don’t like me. I enjoy knowing that my choices won’t be acceptable to everyone. My feminism doesn’t center on those who are comfortable with the status quo because ultimately that road can never lead to equity for girls like me.

When I was a kid I thought there must be some way I could perform being good, perform being ladylike to the point of being safe from sexism, racism, and other violence. After all, my grandmother was so determined to make it stick, it had to mean something. What I discovered was that it offered me absolutely no protection, that people took it as a sign of weakness, and that if I wanted to do more than survive, I had to be able to fight back. Good girls were dainty and quiet and never got their clothes dirty, while bad girls yelled, fought, and could make someone regret hurting them even if they couldn’t always stop it. Trying to be good was boring, frustrating, and at times actively hurtful to my own well-being.

Learning to defend myself, to be willing to take the risks of being a bad girl, was a process with a steep learning curve. But like with so many other things, I learned how to stand up even when other people were certain I should be content to sit down. Being good at being bad has been scary, fun, rewarding, and ultimately probably the only path that I was ever meant to walk. I learned that being a problem child meant I could be an adult who went her own way and got things done, because I am not   so focused on pleasing other people at my own expense. My grandmother was wise for her time, but not necessarily the best judge of what I needed to do. She embraced middle-class ideas of being ladylike because for her that was a path to relative safety. For me, it just left me unprepared, and I had to learn on the fly from my community how to navigate the world outside the bubble she tried to create for me. I am not ashamed of where I came from; the hood taught me that feminism isn’t just academic theory. It isn’t a matter of saying the right words at the right time. Feminism is the work that you do, and the people you do it for who matter more than anything else.