Hundreds of thousands of black Chicagoans have fled the city since 1980, according to a recent report from the Institute for Research on Race and Public Policy at the University of Illinois at Chicago.

“A record 181,000 black residents fled Chicago between 2000 and 2010, substantially more than other major cities in the United States barring Detroit which lost a comparable number of black residents that decade,” states the report, called “Between the Great Migration and Growing Exodus: The Future of Black Chicago?”

“In 1980, the population of the city was around 39.5% black,” said report co-author Iván Arenas, associate director of the UIC Institute for Research on Race and Public Policy. “So, we’re talking almost 40% and right now it’s at 30.6%.”

“But of course the percentages don’t tell the whole story because, you know, the 40% from 1980 was around 3 million people in the city,” Arenas said. “The numbers kind of shift a bit there because we have lost people since the peak of the population which was 1960 in the city.” 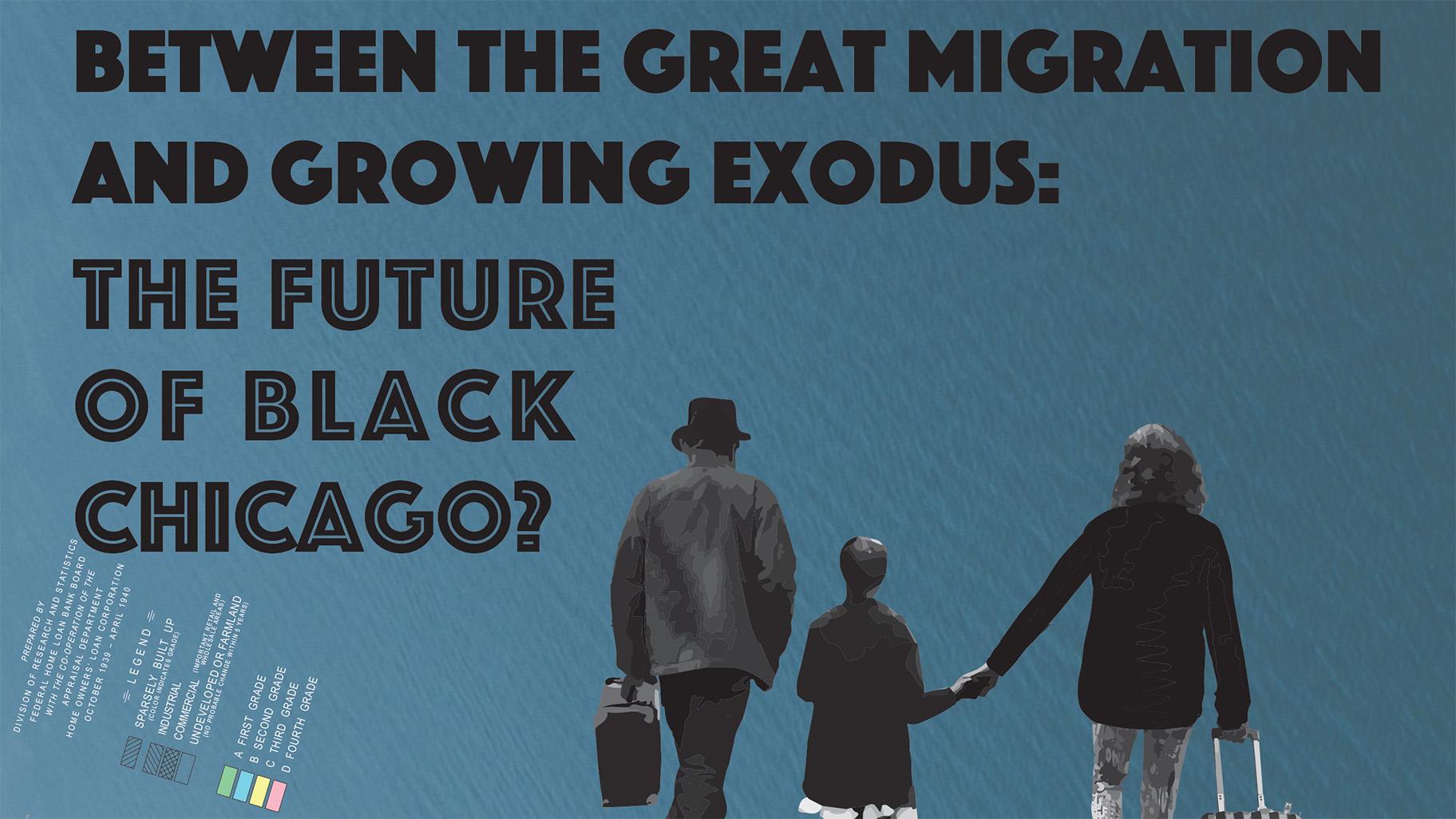 Document: Read the full report. Among the factors behind the exodus, the report cites the demolition of public housing, the closing of Chicago Public Schools, the continuing effects of foreclosures and the housing crisis, health care and food deserts and high unemployment rates.

“I think violence is also included in that list,” said Bob Starks, professor emeritus at the Center for Inner City Studies, a satellite facility of Northeastern Illinois University, who founded the Harold Washington Institute for Research and Policy Studies. “But obviously disinvestment is one of the major pieces. Disinvestment, violence, gentrification, you name it, closing the schools. It is a combination of all of those things.”

The Chicago Board of Education closed 50 Chicago Public Schools in mostly black and brown neighborhoods in 2013.

“The 50 school closings, it was almost like a crime against black humanity for what it did to these neighborhoods,” said the Rev. Marshall Hatch, pastor of the New Mount Pilgrim Missionary Baptist Church in West Garfield Park. “So it’s very difficult for some of us in these communities to think that we’re just victims of circumstance. It just seems sometimes so intentional and conspiratorial, although, you know, what can you really prove?” Hatch said.

CPS defended the closures by saying that the schools were underutilized because the population of school-aged children had declined. 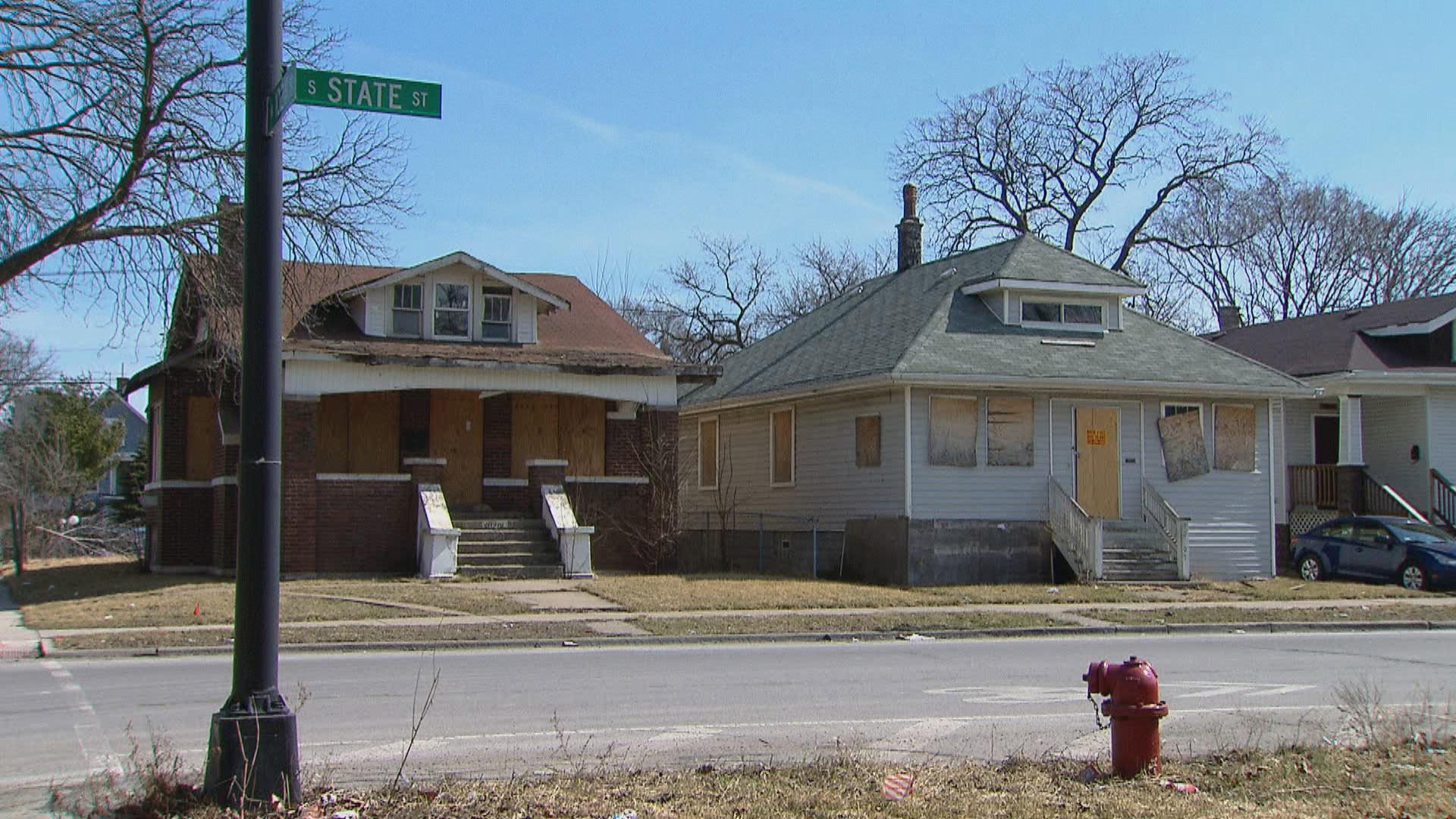 A UIC report cites high unemployment rates and the continuing effects of the housing crisis on an exodus of African Americans from Chicago. (WTTW News)

But politics may be what brings African Americans back to Chicago. Mayor Lori Lightfoot has prioritized increasing the city’s affordable housing and reducing poverty.

“Poverty is killing us,” Lightfoot said Friday. “Literally and figuratively killing us. All of us.”

The mayor plans to launch a new initiative Thursday at her STOP (Solutions Toward Ending Poverty) Summit which will bring together lawmakers, employers, nonprofits and neighborhood leaders.

“She understands very clearly what the problem is and I think she is trying very hard to address them,” said Starks. “For instance, she is talking about a plan for affordable housing in all of these communities, which is I think something no other mayor since Harold Washington has ever thought about or even talked about. Secondly, she is looking at cutting down on gun violence, which is very, very prevalent in these communities.”

The report also found that while black people are leaving Chicago, they aren’t going far.