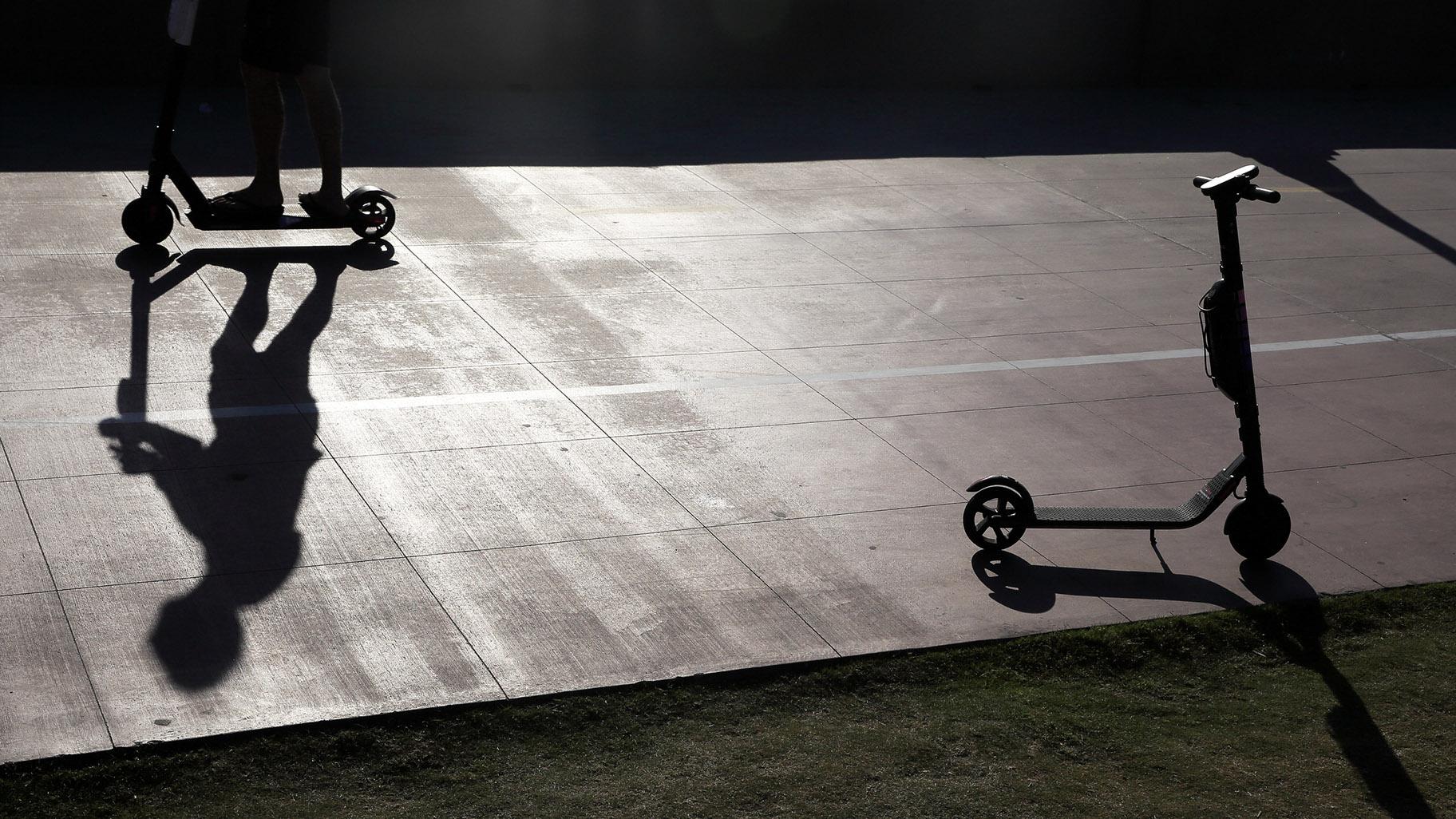 In this May 28, 2019, file photo, a man on a scooter passes a parked scooter along the Mission Beach boardwalk in San Diego. (AP Photo / Gregory Bull, File)

Electric scooter injuries have surged along with their popularity in the United States, nearly tripling over four years, researchers said in a study published Wednesday.

Nearly 40,000 broken bones, head injuries, cuts and bruises resulting from scooter accidents were treated in U.S. emergency rooms from 2014 through 2018, the research showed. The scooter injury rate among the general U.S. population climbed from 6 per 100,000 to 19 per 100,000. Most occurred in riders aged 18 to 34, and most injured riders weren’t hospitalized.

For the study published in JAMA Surgery, researchers at the University of California, San Francisco, analyzed U.S. government data on nonfatal injuries treated in emergency rooms.

Media reports have linked the stand-up electric scooters with more than a dozen U.S. deaths within the past few years.

The trend follows the emergence of rental companies in cities around the world that let customers rent scooters through smartphone apps and drop them off anywhere in the same city. Some cities have adopted nighttime bans and other restrictions amid rising injuries and complaints about scooters traveling or parked on sidewalks.