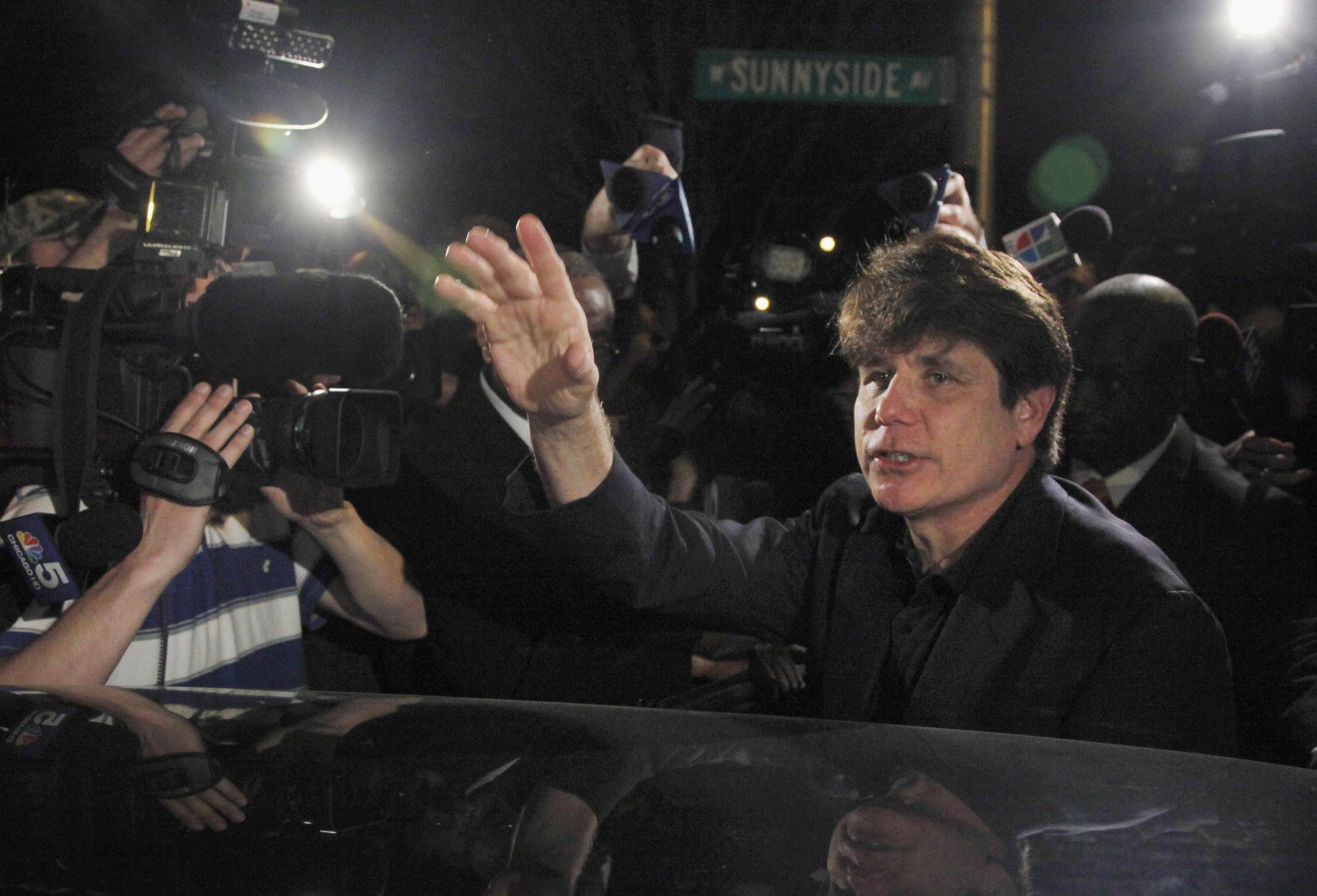 Blagojevich, who is serving a 14-year federal sentence for corruption, doesn’t mention Trump by name in the column titled, “House Democrats Would Have Impeached Lincoln.”  However, his wife, Patti, tagged the Republican president when retweeting the column, published Wednesday by the conservative website Newsmax.

Trump has said he’s considering a commutation for Blagojevich, who was convicted of trying to trade former President Barack Obama’s Senate seat for campaign money. He also tried to shake down executives from a children’s hospital and within the horse racing industry for campaign contributions.

Blagojevich, who entered federal prison in 2012, has formally applied for a commutation, and his wife has lobbied hard on his behalf. His relationship with the president dates to 2009 when he was contestant on Trump’s TV show, “The Celebrity Apprentice.”

In the column, Blagojevich seems to compare his own case with Trump’s impeachment last month on charges of abuse of power and obstruction of Congress for trying to recruit a foreign ally to investigate potential Democratic rival Joe Biden in the 2020 election. The House hasn’t yet sent the articles of impeachment to the Republican-led Senate for a trial on whether to remove the GOP president from office.

He wrote that current House Democrats would have tried to impeach Lincoln, a Republican, for a number of reasons, including the Emancipation Proclamation, which ended slavery.

“No president is safe if a majority of hyperpartisan House members from the opposition party are willing to abuse the Constitution and vote to impeach,” he wrote in the column. “And the worst part of it is, that should this happen, those politicians are taking from the people their right to choose their own leaders though free elections.”

Blagojevich was removed from office in 2009, becoming the first governor in Illinois history to be impeached.