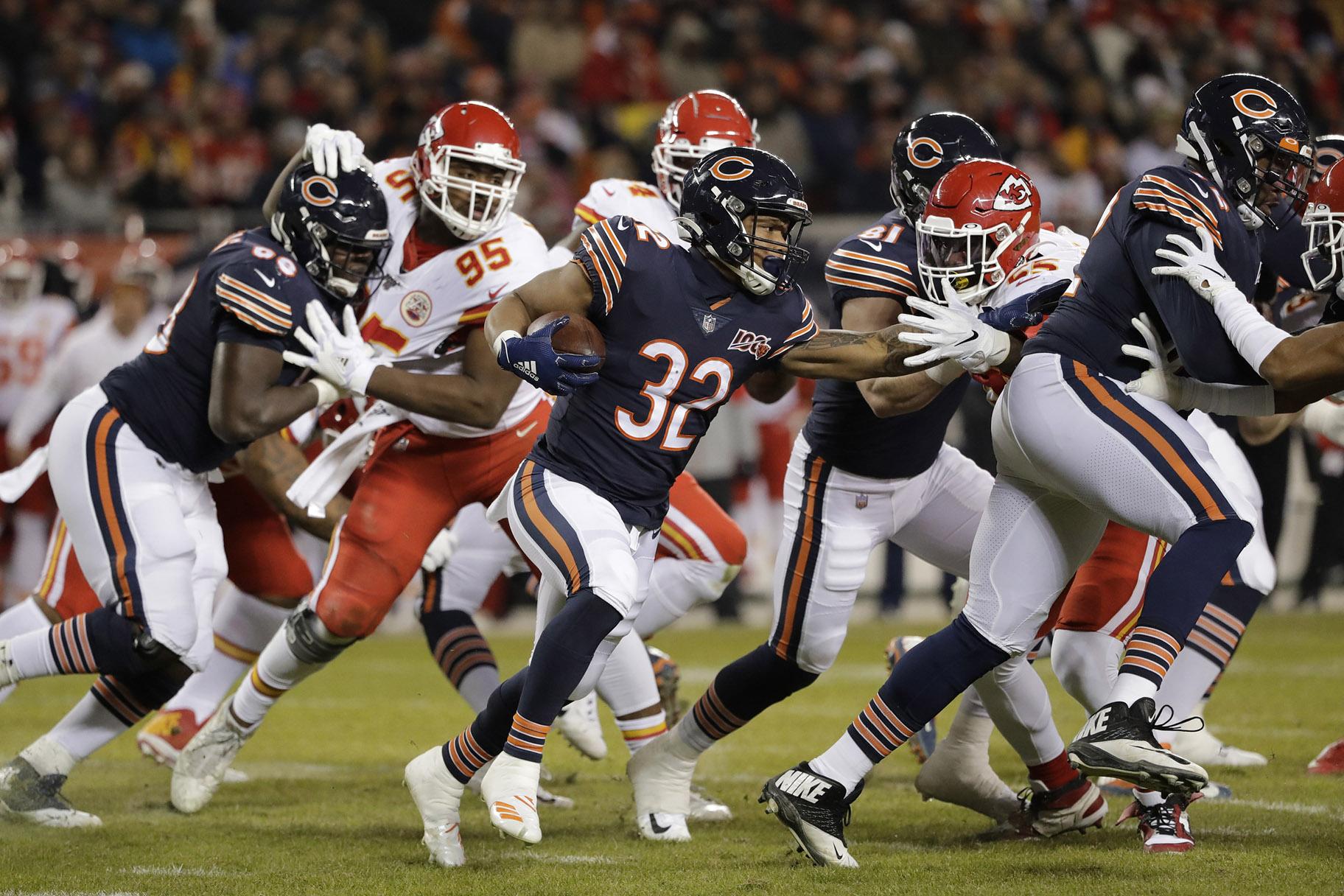 Chicago Bears running back David Montgomery (32) runs against the Kansas City Chiefs in the first half of an NFL football game in Chicago, Sunday, Dec. 22, 2019. (AP Photo /Nam Y. Huh)

CHICAGO (AP) — Patrick Mahomes kept the Kansas City Chiefs in the running for a first-round bye in the playoffs.

It was a satisfying performance in a couple different ways.

Mahomes outplayed Mitchell Trubisky, throwing for two touchdowns and running for another score, and the Chiefs beat the Chicago Bears 26-3 Sunday night for their fifth straight win.

Kansas City (11-4) remained a game behind New England for the AFC’s second seed. The Patriots clinched their 11th consecutive AFC East championship by beating Buffalo on Saturday. The Chiefs hold the head-to-head tiebreaker over New England thanks to a victory two weeks ago that helped secure their fourth AFC West title in a row.

Mahomes’ big game in his first appearance at Soldier Field is just another blow for Chicago in a rough season that began with Super Bowl hopes. The Bears passed on Mahomes when they traded up a spot to grab Trubisky with the No. 2 overall pick in 2017. Mahomes went to Kansas City at No. 10 and won the MVP award last season.

Trubisky has not performed the way the Bears envisioned. And with their playoff hopes already dashed coming off an NFC North championship, they got outclassed by Kansas City.

“You know that there’s a process to it and not everyone can be picked first,” Mahomes said. “And I ended up in a great situation in Kansas City, a situation where I wanted to be at, an organization that’s kind of taken me and made me the best player that I could be at this time. So I’m just excited that I’m here now and I was able to go out there and find a way to win the football game.”

Mahomes also has 75 touchdown passes, making him the fastest player to hit that mark.

“I think it was a good solid performance,” coach Andy Reid said. “He had some unbelievable throws in the mix there. Not a lot of guys can do. He showed part of that game. He showed his toughness part when (Khalil Mack) is bearing down on you.”

Travis Kelce, already the first tight end with four straight 1,000-yard seasons, became the first to reach 1,200 yards in back-to-back years. He caught eight passes for 74 yards, giving him 1,205 this year. That included a 6-yard touchdown near the end of the first half.

Harrison Butker kicked a career-best 56-yard field goal that was the fourth-longest in franchise history. He also hit both the left and right uprights on a missed extra point.

And Reid beat protege Matt Nagy in his first meeting with his longtime former assistant.

The Bears (7-8) dropped their second straight after winning four of five.

Trubisky completed 18 of 34 passes for 157 yards. Mack had a sack, and fans let the Bears have it before heading toward the exits in the closing minutes.

“I think it just comes to down all of us with the details and just understanding that on each and every play, we all need to be extremely detailed,” Nagy said. “We all need to understand where we’re at and how important it is.”

The Chiefs have outscored Denver and Chicago a combined 49-6 the past two weeks. And they took control early in this one.

Kansas City led 17-0 at halftime after scoring on all three possessions and racking up more than twice as many yards as the Bears (203-93).

Mahomes rolled to his left and went 12 yards untouched to the end zone, capping a 15-play drive that ate up 7 minutes, 58 seconds.

Butker nailed a 56-yard field goal early in the second quarter. And Mahomes hit Kelce for the TD in the closing minute of the half, after Chicago’s Kevin Pierre-Louis got flagged for running into punter Dustin Colquitt.

The Bears drove to the 4 in the third, but Trubisky’s fourth-down pass to Allen Robinson in the left side of the end zone got broken up by Charvarius Ward. Chicago finally scored when Eddy Piñeiro kicked a 46-yard field goal as the quarter ended.

Mahomes answered with a 14-yard touchdown to Damien Williams on the opening drive of the fourth to make it 23-3. Butker then missed the extra point when the ball somehow ricocheted off the left and right uprights. 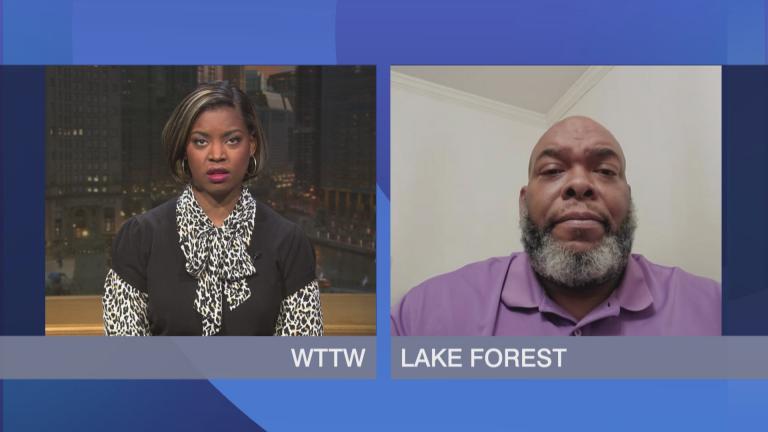 Bears Desperate for Win Against 4-8 Texans