The Evangelical Christian Argument for Removing Trump from Office

President Donald Trump should be removed from office, says the editor-in-chief of the influential evangelical Christian publication Christianity Today.

“To the many evangelicals who continue to support Mr. Trump in spite of his blackened moral record, we might say this: Remember who you are and whom you serve,” Mark Galli, editor-in-chief of Christianity Today, wrote in his editorial published Thursday, a day after the U.S. House impeached the president on two charges. “Consider how your justification of Mr. Trump influences your witness to your Lord and Savior. Consider what an unbelieving world will say if you continue to brush off Mr. Trump’s immoral words and behavior in the cause of political expediency.”

Trump took to Twitter to criticize Galli’s editorial, calling the magazine “far left,” asserting that it’s been “doing poorly” and claiming that the publication is looking for “those of the socialist/communist bent” like Democratic presidential candidates Elizabeth Warren and Bernie Sanders to protect religion. “The fact is, no President has ever done what I have done for Evangelicals, or religion itself!” Trump tweeted.

“The issue is not (Trump’s) policies. I’ve had everything from Republicans to pretty far-out progressives say what they appreciate about (the editorial) is that I’m raising the issue of his morality,” Galli said Monday during an interview with WTTW News. “It’s a moral argument why he’s unfit.”

Galli said he wasn’t surprised by the backlash he’s faced, but he has been surprised by how vehemently many people have agreed with his arguments. “I didn’t recognize the deeply felt need of so many people to read something like this. In fact, many people who aren’t even Christians or who’d hardly consider themselves evangelicals have mentioned to people in our world, ‘Thank you for doing that. I have a lot more respect for evangelical Christianity now.’ That’s very gratifying,” Galli said.

The article got so much attention online that Galli says Christianity Today’s website crashed at one point. While he acknowledges it’s difficult to change minds on either side of the debate, he hopes the editorial can get people thinking critically without stirring up animus.

“I want to raise the level of this whole conversation above partisanship and animosity and personality,” Galli said. “It’s such an infectious disease in our culture. The more of us who can try to have a conversation that transcends that, I think it would be better for our country.” 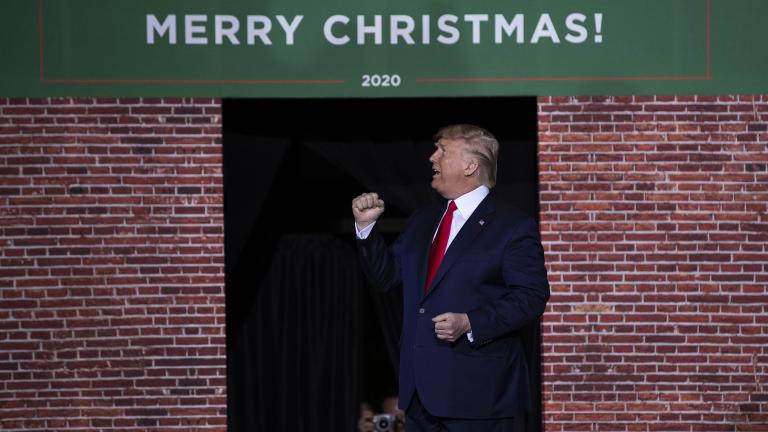