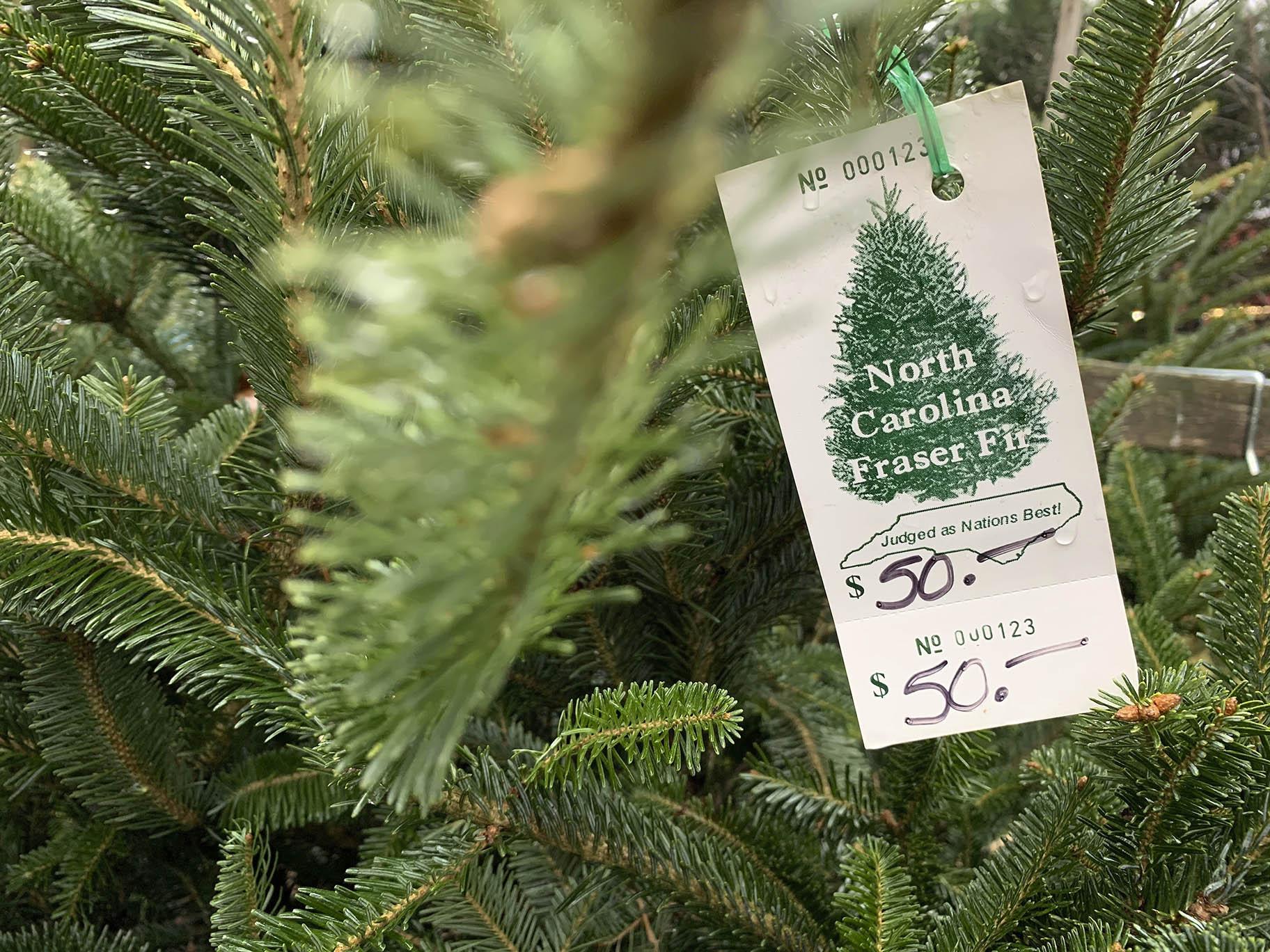 In this Monday, Dec. 9, 2019, photo, a North Carolina Fraser fir Christmas tree is for sale in Lenoir, N.C. A Christmas tree shortage is being blamed on the Great Recession. Poor sales a decade ago, limited the number of trees planted, which are being harvested this year. (AP Photo / Sarah Blake Morgan)

Parsons never got her order for 350 trees from a North Carolina farm. Supplies were short, she was told. Instead, she was shipped some smaller ones for her lot at the Capitol Market in Charleston. Those paled in comparison to the much taller beauties at a competitor’s lot next door.

“This has been the worst season,” Parsons said. “We lost a lot of money by that. It sets you back two or three years.”

Christmas tree supplies are tight again this year across the United States, depending upon location and seller. The industry is still bouncing back from the Great Recession and trying to win people back from a shift toward artificial trees when times were especially tough.

Industry officials say not to worry: Everyone who wants a last-minute tree should be able to find one. It just might take a little more searching, especially if customers want a specific type, and you might have to pay a little more.

Parsons has been in business for 42 years as a seasonal seller of flowers, produce, pumpkins — and this year, just 32 Christmas trees.

“I can tell you how many I didn’t buy: 350,” said Parsons, whose disappointment has been tempered by robust wreath sales.

In the next lot, Robert Cole was having a jolly ole time preparing an abundance of trees for loading onto customers’ vehicles.

The difference? Cole’s lot, French Creek Farms of Buckhannon, grows its own trees.

“We’ve been busier than we’ve ever been before,” Cole said.

Gesturing toward the lots of Parsons and another competitor, he explained his brisk business in the simplest economic terms: “Because there’s been no trees here and no trees over there.”

An oversupply of trees about a decade ago caused a domino effect nationwide. Subsequently, fewer trees were cut down, which meant not as many seedlings were planted to replace them. Hot, dry weather also took its toll, forcing many growers to close.

Larry Smith, who has been selling Fraser firs from the same lot in Lenoir, North Carolina, for 40 years, and second-generation Christmas tree farmer Mike Rood of Hermann, Missouri, said some farmers’ adult children aren’t as eager to take over the family business, leading to a labor shortage.

“A lot of the farmers have gotten older and their kids realize there’s an easier way to life,” Smith said.

Despite such challenges, Smith isn’t looking for other ways to make a living.

“I hope they find me fell over dead in the tree patch,” he said. “That’s the way I really want to go.”

Smith’s trees have graced homes across the North Carolina foothills and up to the White House. He said he’s having his best year ever and doesn’t foresee running out. When his supply dwindles, his team heads up the mountain to harvest more.

In Missouri, Rood buys precut trees not native to the state to supplement the short supply. This year, his farm couldn’t buy as many taller trees as it wanted.

“The bigger trees in particular at this stage in the game are going to be harder to find,” Rood said. “So they need to be aware that if they’re really looking for a big tree, they need to go out and find it pretty quickly.”

The supply issue goes all the way up the chain.

Oregon has the highest annual production of Christmas trees, followed by North Carolina and Michigan. In Oregon, where some tree farms comprise thousands of acres, Kirchem Farm owner Cher Tollefson in Oregon City closed her 100-acre business this holiday season for the first time in nearly three decades, citing a lack of trees.

“Our trees need a year to grow,” Tollefson said.

The number of Christmas tree farms nationwide fell 3% between 2012 and 2017, the latest year available, according to the U.S. Department of Agriculture.

According to the National Christmas Tree Association, a real tree last year cost $78 on average, up $3 from 2017.

At the Charleston market, customer Bob Atkins of Madison noticed not only that prices are higher but “there’s not as many as usual.”

He was near the point of settling for an artificial tree when he and his wife, Jane, found the right tree after about 20 minutes on Cole’s lot.

“I do not want an artificial tree,” Jane Atkins said with a smile. “We will fight over that!”

Artificial Christmas trees now represent 70% of all trees in U.S. homes. The Denver-based National Christmas Tree Association is trying to change that, mainly by appealing to a sense of tradition among millennials.

“Young families are our bread and butter,” said Doug Hundley, the group’s spokesman. “It’s important to that group of adults to have that real tree experience.” 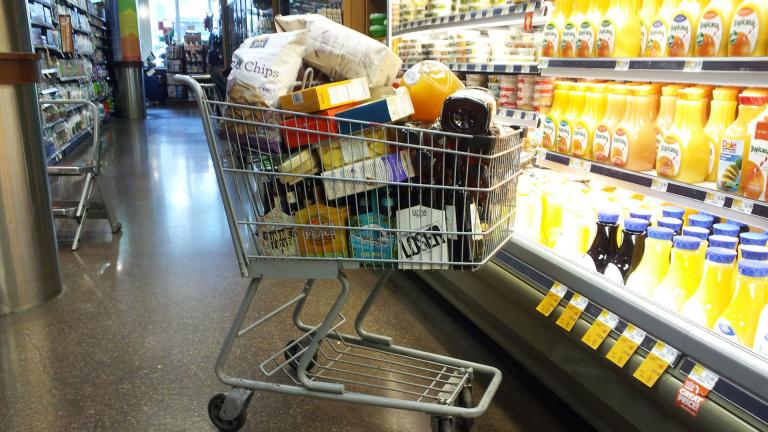 Grocery Shopping Tips in the Age of COVID-19 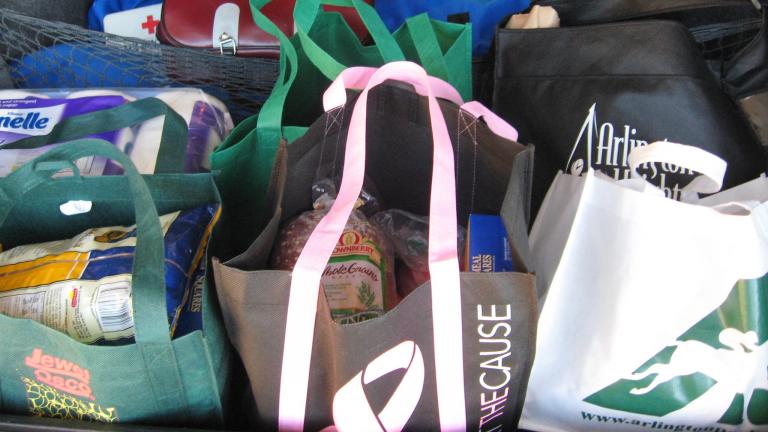 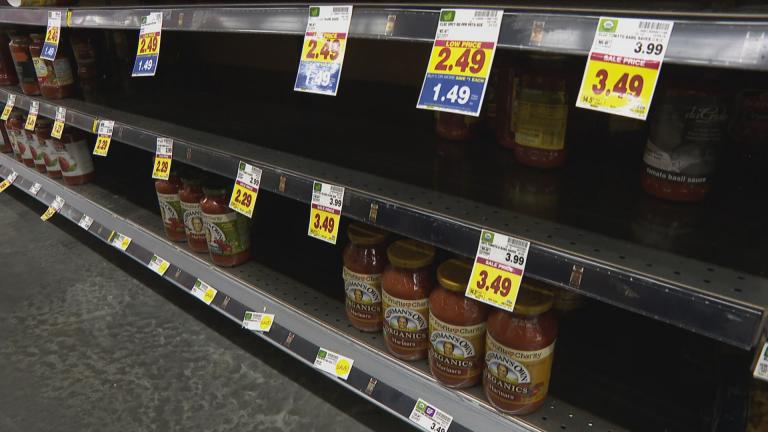