The Chicago Bears (3-5) look to snap a four-game losing streak when they face the Detroit Lions (3-4-1) on Sunday. The Bears lost last week to the Philadelphia Eagles 22-14, a game highlighted by another lackluster offensive performance.

“There’s a lot of things with this offense that we need to get better at and it starts with myself,” Bears head coach Matt Nagy told reporters Thursday.

The Bears and Lions are both struggling this season sitting at the bottom of the NFC North Division. Despite similar records, the division rivals have much different weaknesses. 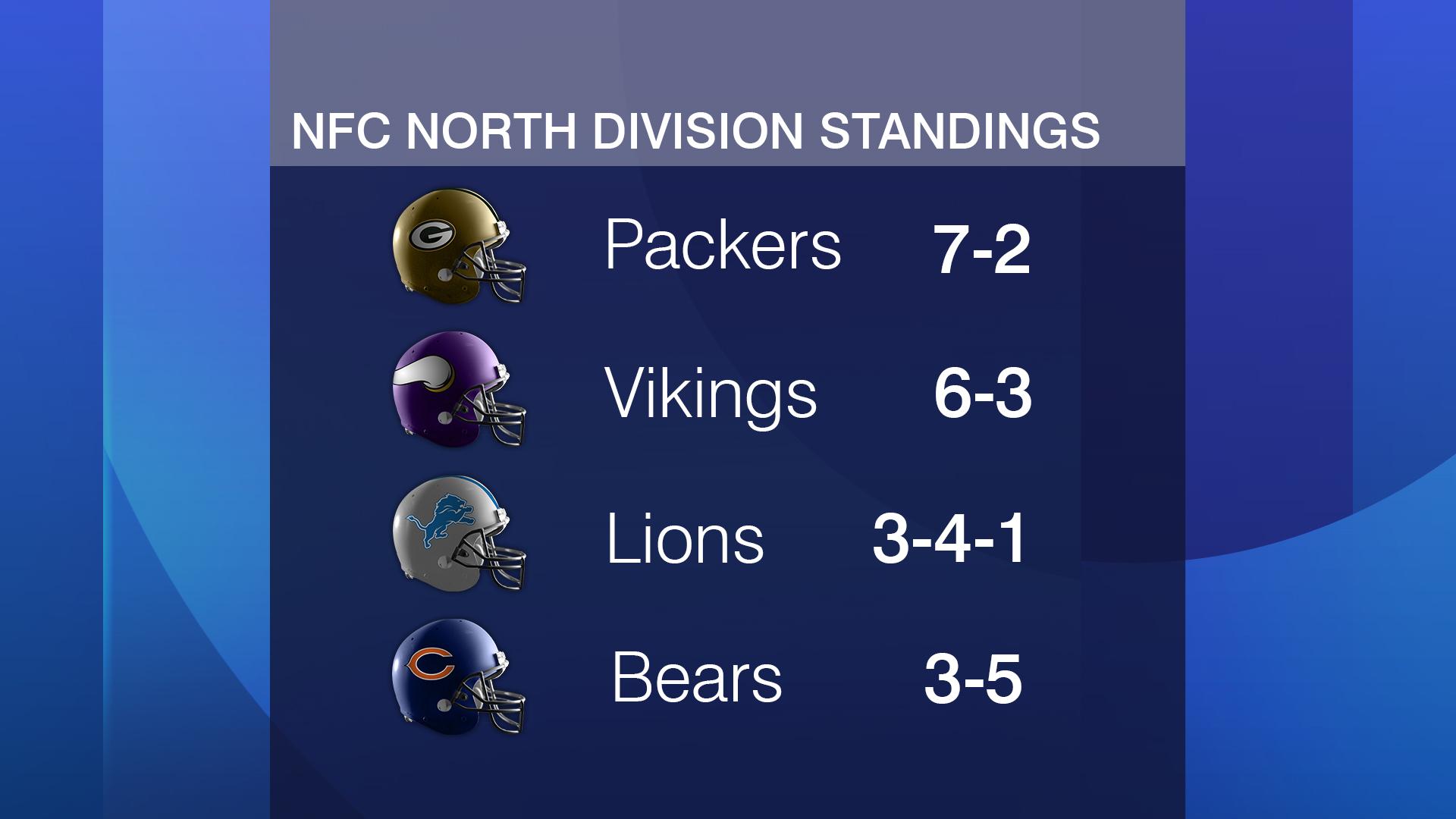 The Bears rank toward the top of the league in many defensive categories. The Bears defensive unit is allowing an average of 323.6 yards per game (ninth in the NFL) and giving up 18.0 points a game (sixth in the NFL).

While the Bears defense kept the score close against the Eagles, in the fourth quarter they allowed Philadelphia to run a 16-play drive that took more than eight minutes off the clock and ended in a field goal.

“I think that our defense is playing really well right now. There’s times that they could be better,” Nagy said.

Despite their defensive struggles, the Lions offense led by quarterback Matthew Stafford is putting up 391.3 yards per game (fifth in the NFL) and averaging 25.5 points a game (12th in the NFL).

Nagy had high praise for Stafford who is having a standout season. “I put him for sure as one of the top ‘gunslingers’ in this league,” he said. “I think that he can throw from every arm angle possible and he’s always aggressive.”

Those struggles were evident against the Eagles, when the Bears offense had only nine net yards in the first half.

“Right now there’s been more frustration than success,” Nagy said, but “we do really feel like we’re right there.”

Former Bears offensive lineman and WTTW News football analyst James “Big Cat” Williams gives us three key takes on what the Bears need to do to beat the Lions.

The Bears must call running plays and off of those run plays they need to be able to get Trubisky out of the pocket and on the move to throw the ball.

The Bears are not playing poorly because of one person, it is a group effort. Penalties like offsides, hands to the face, illegal formations and delay of game calls. The line miscommunicates and doesn’t pick up a defensive line stunt or a blitzer. A receiver takes an outside release on an RPO (run pass option) instead of the proper inside release and now the quarterback has to hold onto the ball. An over or under thrown receiver, tight end or running back. All of these things add up play after play.

The Bears can’t allow him to stand in the pocket and have time to scan the field for wide receivers Kenny Golladay and Marvin Jones Jr.