The Chicago Bears (3-1) will head across the pond when they face the Oakland Raiders (2-2) on Sunday in London.

Not having a home field advantage doesn’t seem to faze Bears’ head coach Matt Nagy though. “Everywhere we go I feel like it’s a home game. Our crowds are amazing. It’s all over the country. And obviously now we’re going to see it and witness it being across the world,” he told reporters before Thursday’s practice. (Watch his full comments here.)

Backup Bears’ quarterback Chase Daniel is expected to start after Nagy told reporters Wednesday that Mitchell Trubisky will “most likely” miss the game. Trubisky did not participate in practice Wednesday or Thursday.

Trubisky injured his left, non-throwing shoulder on the opening drive of the Bears 16-6 win over the Minnesota Vikings last Sunday. Daniel came in for Trubisky and finished the drive with a 10-yard touchdown pass to running back Tarik Cohen. Daniel finished the game completing 22 of 30 passes for 195 yards with a touchdown and no turnovers.

The offense will have to find a way to put up more points after averaging only 16.5 points per game so far this season. The offense should have a favorable matchup against a Raiders defense giving up 385.5 yards per game. 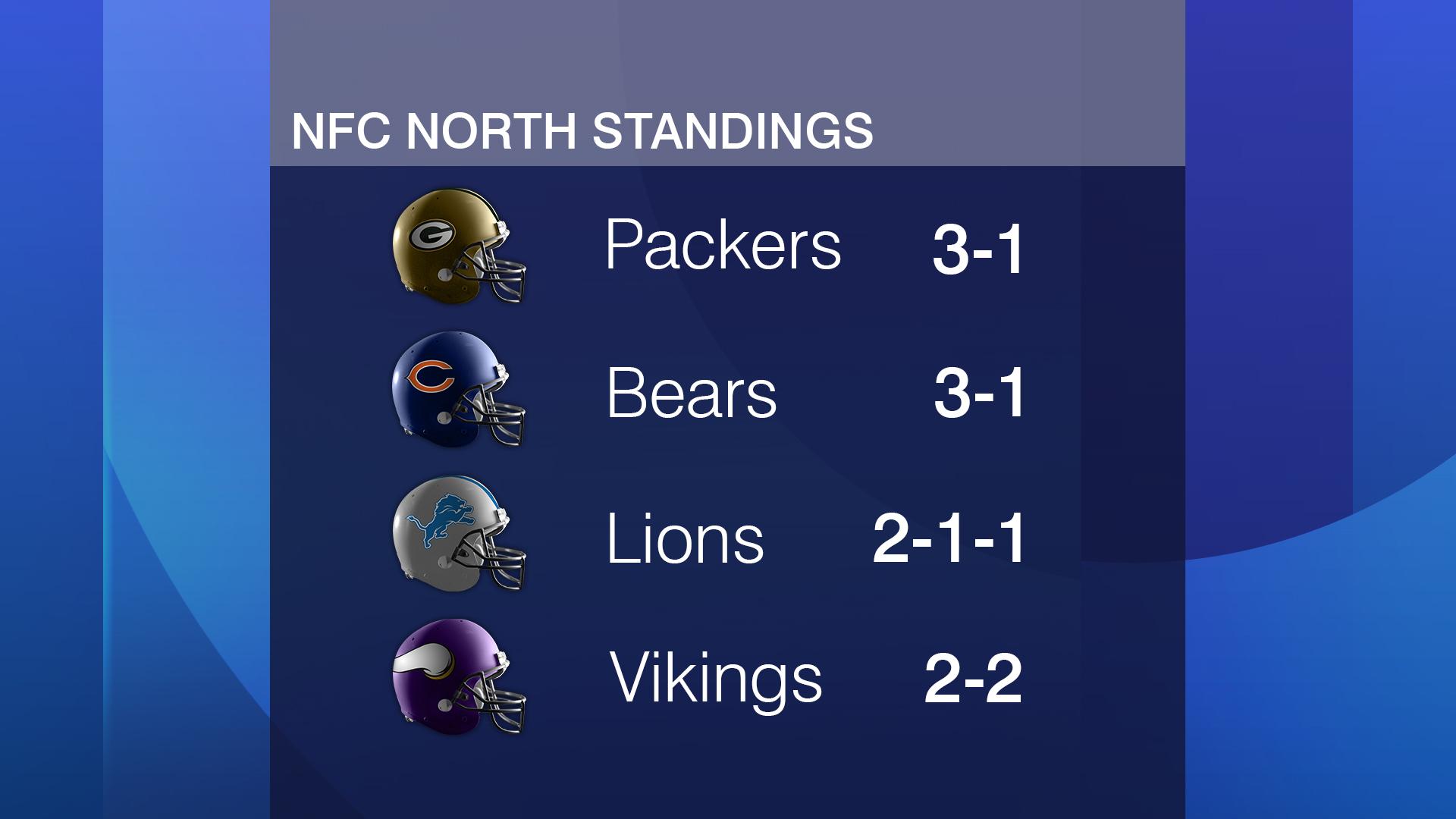 The Bears’ defense will be led by linebacker Khalil Mack who will line up against his former team. The Raiders drafted Mack with the fifth overall pick in the 2014 NFL draft. Mack went on to play with the Raiders from 2014-2017. In September 2018, the Bears traded for Mack in a blockbuster deal that included two first-round draft picks. The Bears then signed Mack to a six-year $141 million deal with $90 million guaranteed.

“The guy, he’s a game wrecker. He’s a multiplier. He’s everything that we look for in a playmaker. He makes us a better team,” said Nagy when addressing reporters Wednesday.

The matchup will also mark a reunion for Bears’ kicker Eddy Pineiro who was acquired by trade from the Raiders for a conditional seventh-round draft pick in 2021. Pineiro has made eight out of nine field goals this season, despite a weight room injury to his right knee that happened before the Vikings game. Pineiro was listed as a full participant in practice on Wednesday and Thursday.

The Bears look to gain ground in the NFC North division, where they are currently tied with the Green Bay Packers in the standings. The Bears have a bye in week six after their matchup against the Raiders.

The Bears and Raiders will be the first NFL teams to play in London’s Tottenham Hotspur Stadium which opened in April. Kickoff is at noon CT.

Former Bears offensive lineman and WTTW News football analyst James “Big Cat” Williams gives us three key takes on what the Bears need to do to beat the Raiders.

Daniel did a good job of handling the pressure put on by the Vikings by getting the ball out of his hands quickly. He's going to have to do the same thing this week against the Raiders, but probably with more pressure coming up the middle to try and flush him out of the pocket.

The defense is going to need to start strong. The Raiders scored 14 points versus the Broncos and 21 points against the Colts in the first half of their two wins.

Video: Bears head coach Matt Nagy speaks to the media ahead of Sunday’s game against the Raiders.