Despite a lot of back-and-forth, negotiations between the Chicago Teachers Union and city negotiators appear to be deadlocked.

Classes have been canceled for a 10th school day Wednesday.

Mayor Lori Lightfoot and Chicago Public Schools CEO Janice Jackson told reporters late Tuesday afternoon that they met with CTU leadership for about 3.5 hours to review the issues. But Lightfoot said that at the end of that meeting, CTU leaders walked away without agreeing to a deal.

Meanwhile, the union accuses the mayor and CPS of misleading parents and the public by sending out a robocall claiming the CTU’s House of Delegates meeting at CTU headquarters Tuesday night would include a vote.

CTU maintains that it called the meeting to inform delegates about the status of bargaining, not to call a vote on a tentative contract.

The mayor has accused the union of moving the goal posts at the 11th hour. She says the union and the city disagree over returning morning prep time to teachers, which the city argues would reduce student instructional time, and new issues: amending a clause in the contract that would change the issues over which the union can strike, and the union’s demand that the mayor support an elected school board bill in Springfield.

“Are we really keeping our kids out of class unless I agree to support the CTU’s full political agenda wholesale?” Lightfoot asked. “If the CTU wants a deal, there’s a deal to be had right now on the table. It’s an excellent offer.”

“This is no longer about money,” Jackson said, speaking alongside the mayor. “This is about the political issues … and a last-minute grab to take away precious instructional time that our students need and we have seen tremendous academic gains as a result of.”

The city and district are asking parents and taxpayers to take a look for themselves at the offer they have made to CTU. (You can read it here.)

Rather than hold the regular picket lines at schools Tuesday morning, the union held one mass rally at the Lincoln Yards development in Lincoln Park. They’re again making the argument that more than a billion dollars in TIF funds being used for that $6 billion development should be used to pay for schools. 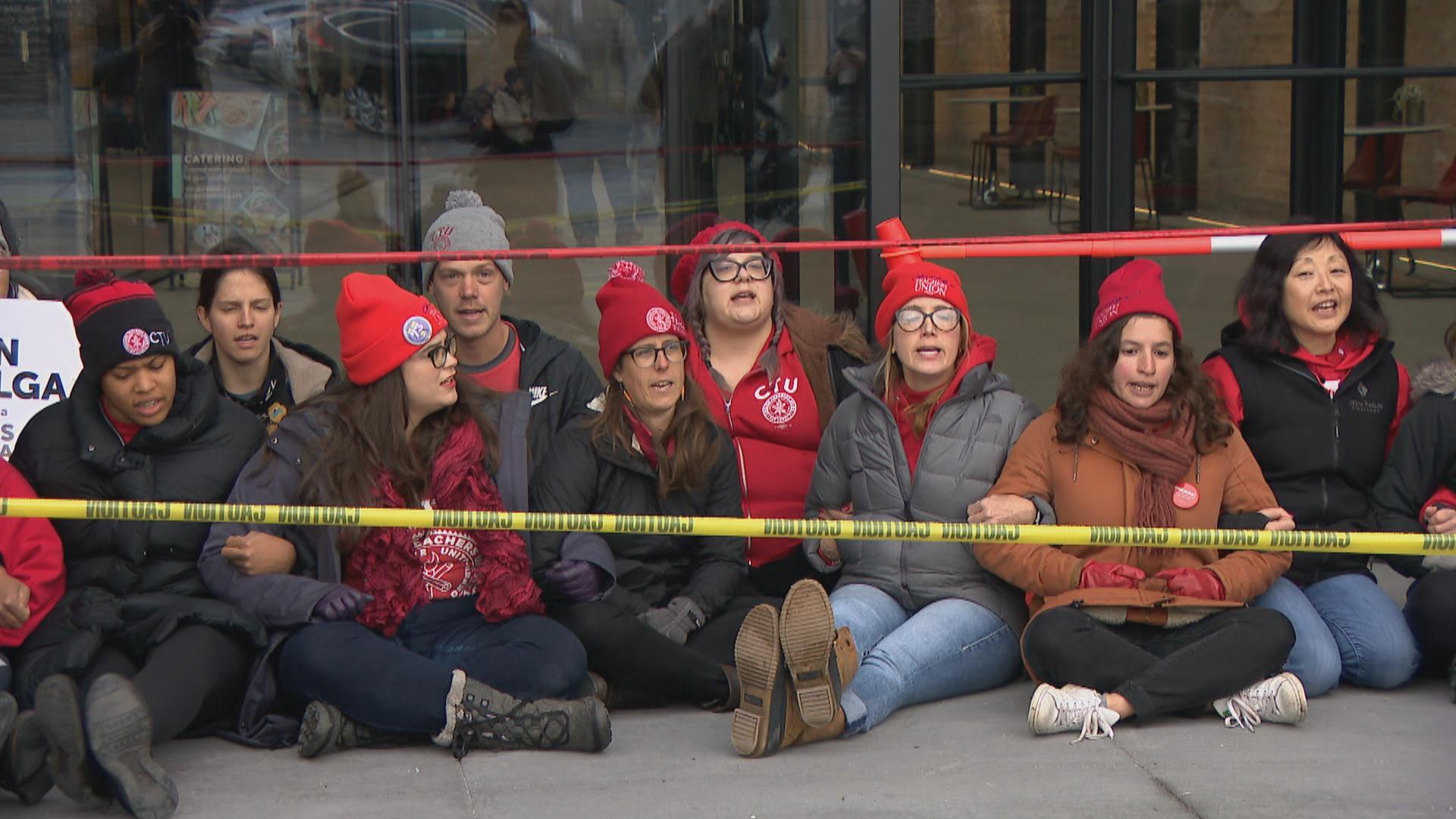 Later on Tuesday, more demonstrators conducted a sit-in at the Fulton Market offices of the developer behind Lincoln Yards, Sterling Bay, and blocked the doors. Chicago police say nine people were arrested there for refusing to leave.

Meanwhile, the strike is, arguably, having an outsize impact on students.

High schools were slated to administer the PSAT test Wednesday – it was originally scheduled to be given Oct. 16, the day before the strike began – but CPS says that even if classes were to resume Wednesday, schools would not give students that test, but would wait for optimal conditions.

Friday is the deadline to apply for early admission or early action at many colleges and universities. Some schools, including the University of Chicago, are extending their early application deadlines for CPS students.