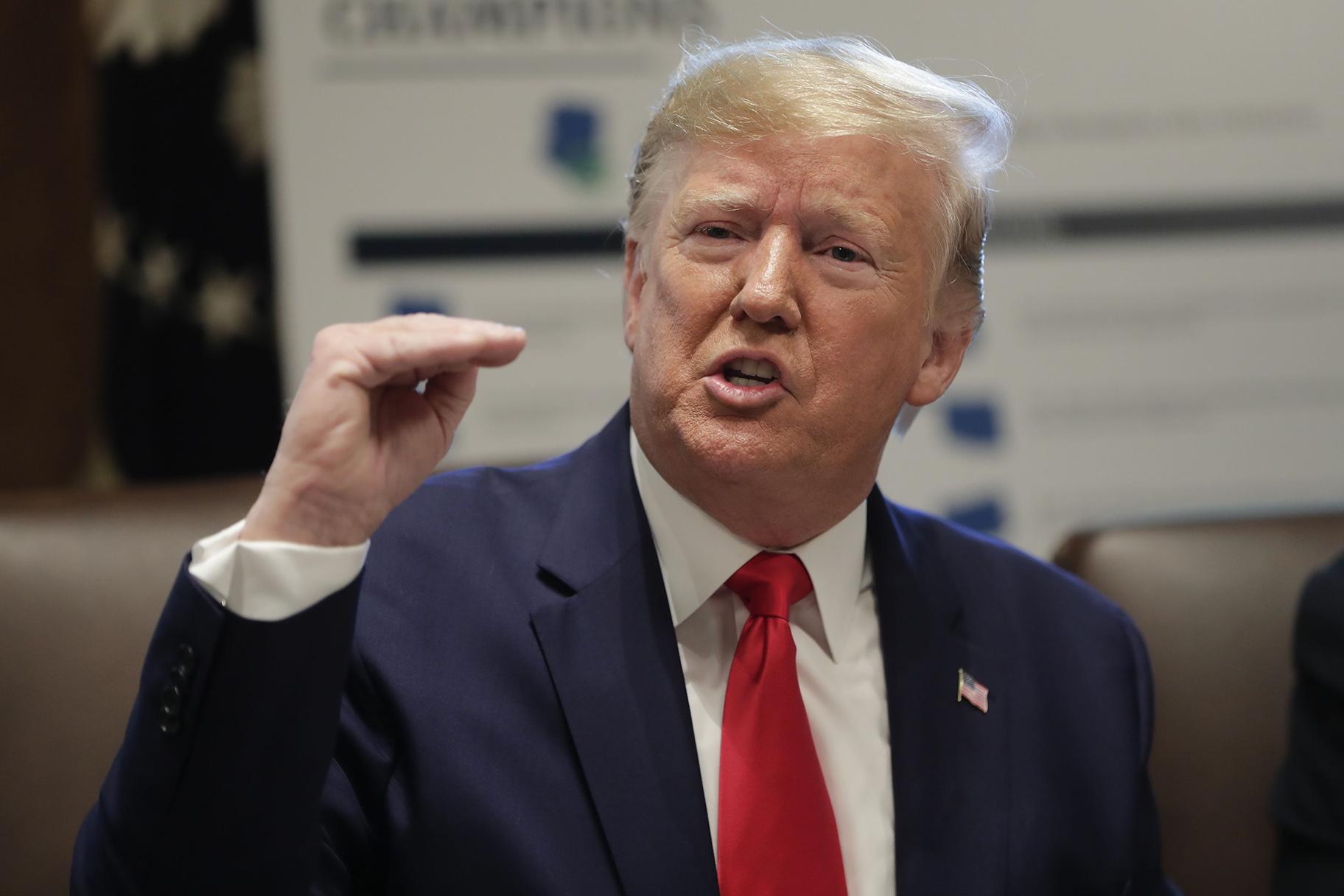 WASHINGTON (AP) — President Donald Trump’s visit to Chicago is stirring up a tempest even before he arrives in the city that he’s repeatedly derided as the poster child of urban violence and dysfunctional Democratic politics.

Chicago Police Superintendent Eddie Johnson, the host of a gathering of police chiefs from around the country that Trump is to address on Monday, said he will not attend the speech because he opposes the administration’s immigration policies.

The city’s mayor, Lori Lightfoot, also refuses to meet with Trump. She’s criticized him in the past for proposing a rule that would allow federal contractors to make employment decisions based on religious convictions, and she’s pushed back against tweets from the president’s daughter Ivanka Trump about the city’s gun violence.

Trump has frequently slammed Chicago for its gun problems, describing the shootings as “horrible carnage,” calling the city a “total disaster” and comparing it to Afghanistan.

“I can’t in good conscience stand by while racial insults and hatred are cast from the Oval Office or Chicago is held hostage because of our views on new Americans,” Johnson said.

The bad blood runs deep between Trump and politicians in the Windy City, which Democratic rival Hillary Clinton took by more than 70 percentage points in 2016.

Days into his presidency, Trump warned that if Chicago did not stem the violence, he would “send in the Feds.” In 2016, the city recorded its bloodiest year in nearly two decades, with more than 760 homicides.

The Trump administration has followed up on the threat with action.

Over the last two years, the Justice Department has added a dozen criminal prosecutors to the U.S. Attorney’s Office in Chicago. In 2017, the department also created the Chicago Gun Strike Force, a partnership with the Chicago Police Department that led to 20 agents being added to the local Bureau of Alcohol, Tobacco and Firearms office.

Most of the gun violence occurs in a handful of low-income, predominantly African American neighborhoods on the city’s South and West sides.

The U.S. Attorney’s Office in Chicago reports a 44% increase in the number of defendants it has charged with gun-related offenses in 2019 compared with last year, a 15-year high for new prosecutions.

The number of homicides in the city has dropped 31% thus far in 2019, compared with the same point in 2016, and shooting incidents have decreased by 38% over that time period, according to Chicago Police Department data.

“We’ve never had a partnership as with the U.S. Attorney’s Office as we’ve had with John Lausch,” Guglielmi said. “He’s gone on ride-alongs with the superintendent on holiday weekends. He’s at all the gun stat meetings.”

Johnson’s decision to skip Trump’s address angered the city’s police officers’ union, the Fraternal Order of Police, which said in a Facebook post that “such a gesture would be an insult to both President Trump and the office of the presidency itself and would be a mark of disgrace upon the city throughout the entire nation, including Mayor Lori Lightfoot.”

Then FOP Lodge 7, which represents rank-and-file Chicago police officers, announced that it had cast a vote of no confidence in Johnson.

The vote might please Trump, who likes to tell officers not to treat crime suspects so gently and was cheered at last year’s gathering of the same police chiefs’ organization in Orlando, Florida, when he advocated the use of the “stop and frisk” policing tactic that has been deemed unconstitutional.

The president’s visit also comes at a complicated moment for the city. More than 25,000 members of the Chicago Teachers Union have been on strike since Oct. 17.

Johnson is also under an internal investigation opened after he was found earlier this month sleeping in a city-owned vehicle.

Lightfoot said the superintendent, who called for the investigation, told her he had “a couple of drinks with dinner” before he fell asleep at a stop sign while driving home. Johnson said the episode was related to a change in his blood-pressure medication.

In addition to his address to the International Association of Chiefs of Police, Trump is also scheduled to hold a campaign fundraiser.

The last time Trump visited Chicago was as a presidential candidate in 2016 for what was supposed to be a campaign rally on the campus of the University of Illinois at Chicago. But after fights broke out between supporters and protesters awaiting his arrival at the arena, Trump canceled the event before taking the stage. He said that he consulted Chicago police before making the decision.

Escalante said he believes the organizers of the rally canceled it because they could see that about half of the people inside the arena were anti-Trump.

“I think they saw that, and they didn’t want to be embarrassed,” Escalante said. “They could see it wasn’t going to look good and told him, ‘You are going to get shouted down,’ and they made up this thing about safety concerns.”