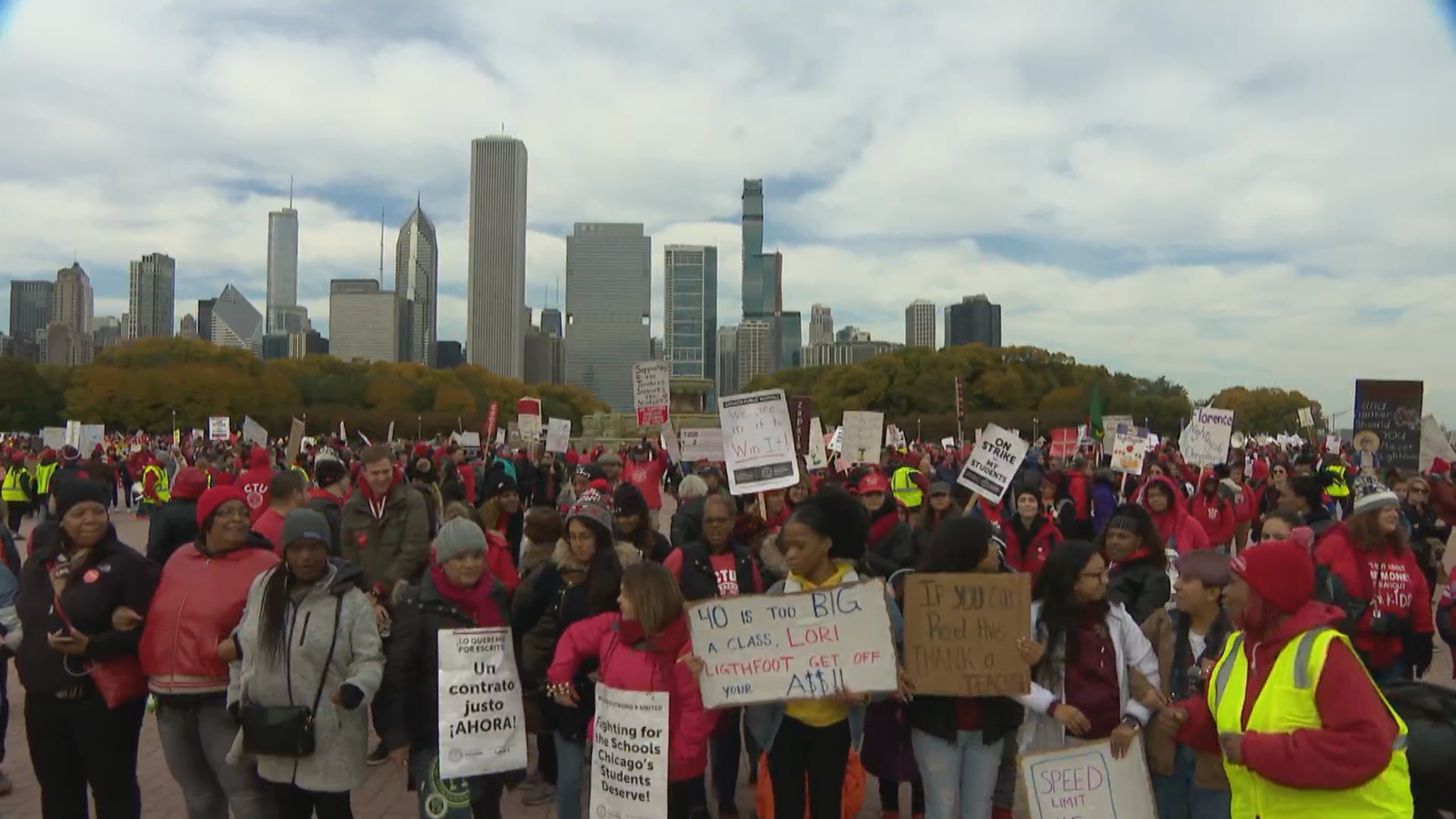 Members of the Chicago Teachers Union gathered for a rally at Buckingham Fountain on Friday afternoon, the seventh day of their ongoing strike. (WTTW News)

Chicago Teachers Union and city leaders had few updates Friday night after the seventh day of the teachers strike.

CTU President Jesse Sharkey said there were no major breakthroughs during negotiations Friday, but both sides are now focused on the “key issues” as they work to finalize a new contract.

“I’m still hopeful,” Sharkey said outside Malcolm X College on Friday evening. “It’s stressful, there’s pressure … I remain hopeful that we can get it done.”

Sharkey described the negotiations at this point as “sensitive,” saying the sides need to keep their emotions in check as they get closer to the finish line. He said there aren’t a large number of issues left to work through, but the ones remaining “are the important issues.”

The CTU and city negotiators have already reached more than 80 tentative agreements on more minor issues, but have not yet hammered out arrangements on top-line issues like class sizes, staffing and prep time. Chicago Public Schools leaders have expressed concern about the strike affecting college applications and PSAT/SAT testing if it extends into next week.

Earlier on Friday, union members gathered at Buckingham Fountain for a massive rally and march. They attempted to shut down Lake Shore Drive, but were turned away by Chicago police and instead took their march down Michigan Avenue.

Friday marked the seventh day of missed classes in the teachers’ work stoppage, matching the length of the union’s 2012 walkout. Negotiations are set to continue Saturday morning.