Chicago has the largest life expectancy gap of any big city in America, and much of that gap seems to be driven by race.

A recent study from NYU School of Medicine found that residents of Streeterville on the Near North Side could expect to live to an average age of 90. That figure for residents of Englewood, an overwhelmingly African American community just 9 miles away on the South Side, dropped to 60.

“There’s no easy answer” to this enormous disparity in health outcomes and life expectancy, says Maureen Benjamins, senior research fellow at the Sinai Urban Health Institute which studies and attempts to address health disparities across communities in Chicago. But she says the city’s high degree of racial segregation clearly plays a role.

“The fact that we have community areas that are 90 percent or more of one ethnic group – that’s pretty extreme,” said Benjamins.

She believes the legacy of redlining, a practice which is now illegal but once allowed mortgages to be withheld from African Americans, leaving them to be largely confined to live in particular areas, created segregated neighborhoods that also concentrated poverty and the associated health problems that go with it.

“So when you have segregation like that, something like racism can really flourish in terms of disinvestment and some of the more structural factors that lead to the poor health outcomes,” said Benjamins. “I think it’s because it’s easier for policies to impact one area. If whites and blacks were dispersed across the city there wouldn’t have been an easy way to discriminate against blacks in that way. 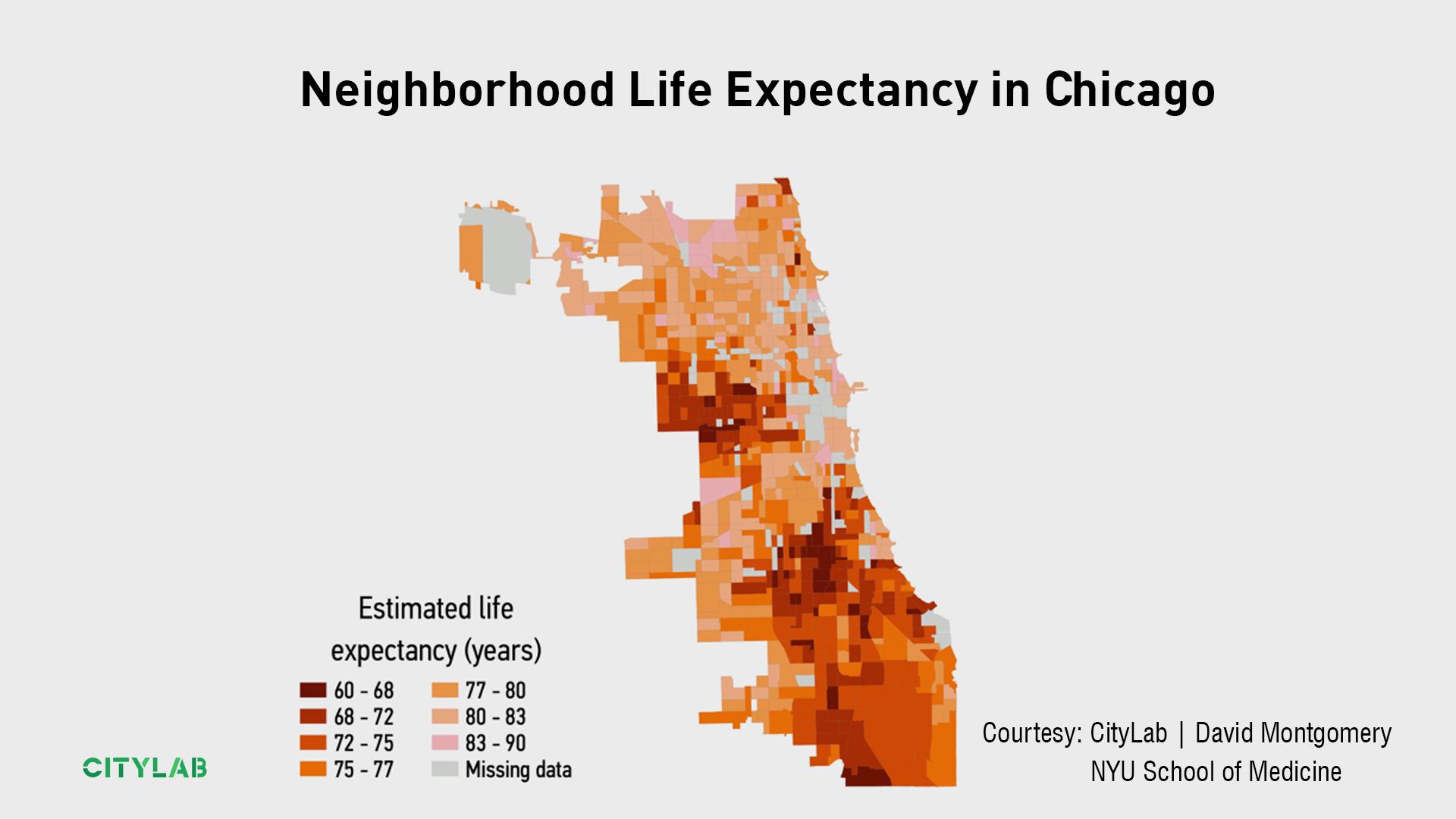 While such a huge disparity in health outcomes between affluent whites and poorer African Americans is shocking to many, health professionals have long known about this gap. Many factors that contribute to poor health outcomes – including poverty, community disinvestment and high unemployment – are seen at higher levels in Chicago’s black communities.

“Most people think it’s due to health care (access) and that’s not really it,” said Benjamins. “The access to health care (in North Lawndale, where Mt. Sinai Hospital is located) is pretty high actually because we have Mt. Sinai, we have Cook County Hospital, we have the medical district all here, and that’s not making the health outcomes any better in this community.”

Benjamins says she doesn’t think that in the past there was political will to address this issue but she hopes that Mayor Lori Lightfoot’s appointment of a chief equity officer to try and address some of the city’s most entrenched problems could signal a change of attitude at City Hall.

“Maybe the new administration is a little more serious about it,” she said.