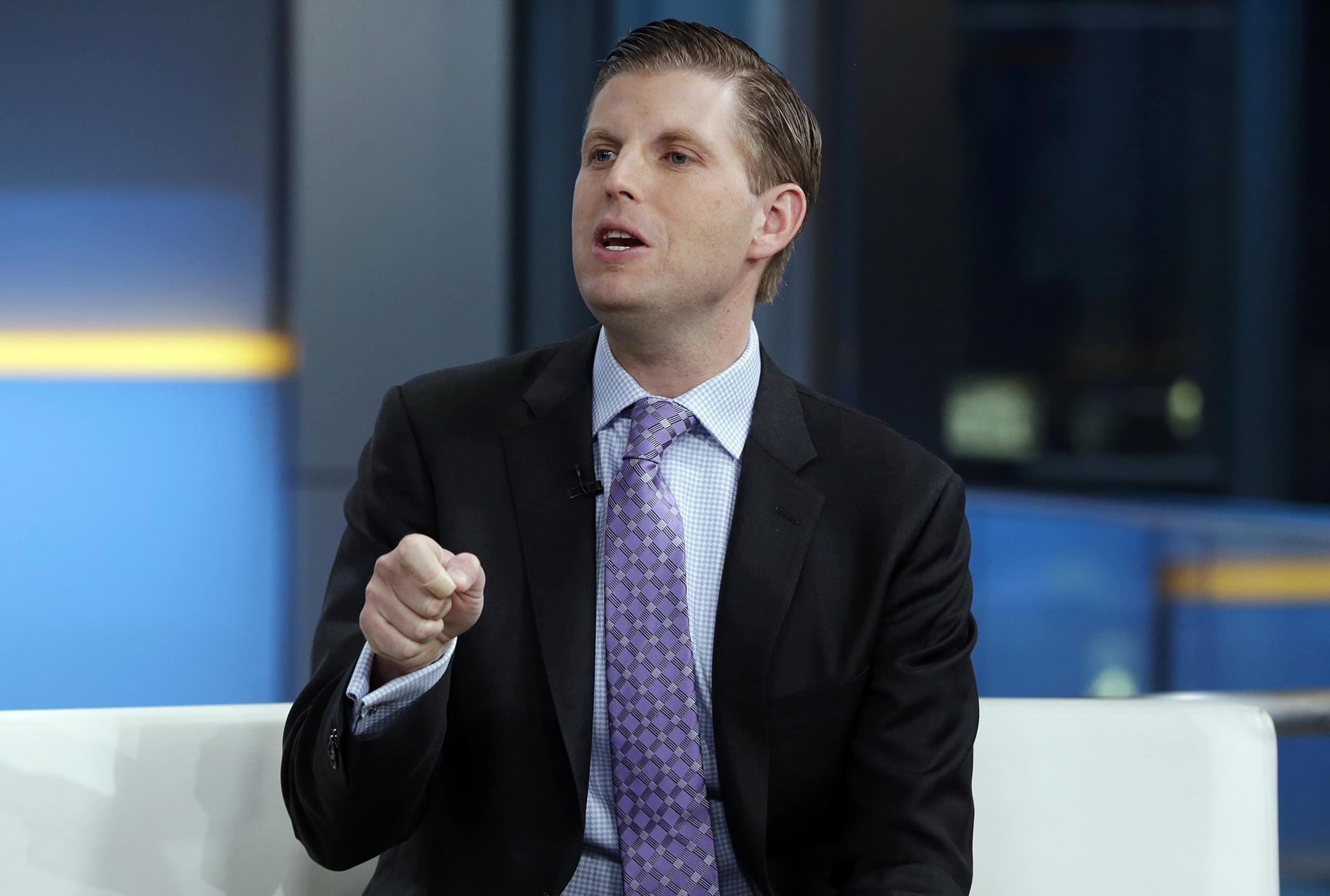 CHICAGO (AP) — President Donald Trump’s son Eric Trump said the U.S. Secret Service took an employee of a Chicago cocktail lounge into custody after she spit on him.

Eric Trump told Breitbart News in a telephone interview that it was “purely a disgusting act by somebody who clearly has emotional problems.” He implied that the incident was an example of Democrats’ showing frustration for the successes of his father’s Republican administration.

“For a party that preaches tolerance, this once again demonstrates they have very little civility,” he said. “When somebody is sick enough to resort to spitting on someone, it just emphasizes a sickness and desperation and the fact that we’re winning.”

His comments came after reports of the alleged spitting incident Tuesday night at The Aviary in Chicago’s trendy West Loop area.

The lounge’s owners, the award-winning Alinea Group, said in a statement Wednesday that they’re “just beginning to learn the details” of the “unfortunate incident,” but the employee who allegedly spat upon Eric Trump has been placed on leave.

“What is certain is this: no customer should ever be spit upon,” the statement said.

Alinea Group said employees have received threats and that fake reviews are being posted about the lounge. It said people are wrong to call for the lounge to be closed, as are others who are “praising this as an act of civil disobedience.”

The statement adds: “We hope this incident can, at least, serve to illuminate the current absurdity of the discourse in our politics.”

One of the restaurant group’s co-owners, Nick Kokonas, invited the national champion Clemson football team to eat at his restaurants in January after President Trump served them fast food at the White House.

Chicago police spokesman Anthony Guglielmi said on Twitter that officers assisted the Secret Service with a “law enforcement matter” and deferred inquiries to the agency.

The Secret Service, White House and Trump Organization, which Eric Trump helps run, didn’t immediately respond to requests for comment from the AP.

There have been other public confrontations involving those associated with Trump and his administration.

In June 2018, The Red Hen restaurant in Virginia refused to serve President Donald Trump’s spokeswoman, Sarah Huckabee Sanders, at the request of gay employees who objected to how Sanders defended Trump’s desire to bar transgender people from the military. That triggered debate about whether politics should play a role in how administration officials are treated in public.

Several other Trump administration officials, including Homeland Security Secretary Kirstjen Nielsen, were confronted in public around that time amid fury over an administration policy that led to an increase in the number of migrant children being separated from their parents after crossing the border illegally.