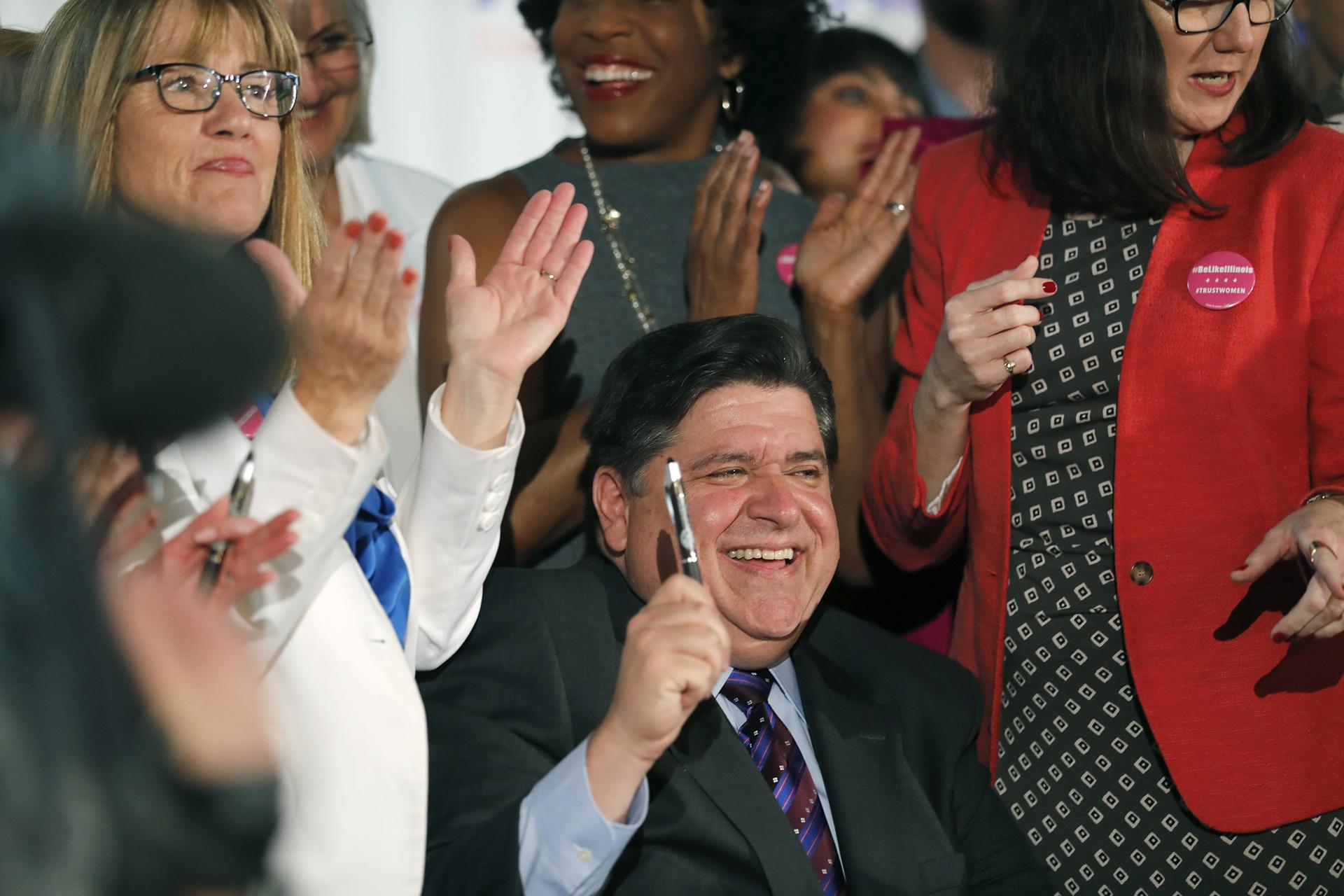 CHICAGO (AP) — Illinois Gov. J.B. Pritzker signed sweeping abortion protections into law on Wednesday, establishing women’s access to the procedure as a “fundamental right” and putting Illinois at odds with Republican-led states that have been embracing steep abortion restrictions.

The new Illinois law voids decades-old abortion regulations that were on the books but had never taken effect because of court orders, including restrictions on late-term abortions and criminal penalties for doctors who perform abortions. It also requires insurance coverage for abortions, contraception and related medical care.

“In a time when too many states across the nation are taking a step backward, Illinois is taking a giant step forward for women’s health. In this state, we trust women,” the Democratic governor said at a bill signing ceremony in Chicago. He was surrounded by abortion-rights advocates from Planned Parenthood and the American Civil Liberties Union of Illinois.

Supporters said the plan, which took effect immediately, simply puts existing practice into law, which they argue has become more urgent because of the conservative shift on the U.S. Supreme Court and the prohibitions on abortion in other states that could lead to the overturning of the 1973 Roe v. Wade decision, which legalized abortion nationwide. They said they planned to continue pushing for expanded access, including attempting to remove a parental notification requirement. Vermont and Maine have recently approved abortion protections.

Republicans, who are in the minority in the Illinois Legislature, strongly objected to the measure, calling it an “extreme expansion.” Their concerns included an increase in late-term abortions.

“Illinois is now one of the most radical states for abortion access,” state Rep. Avery Bourne, a Raymond Republican, said in a statement.

The Thomas More Society, a Christian advocacy group based in Chicago, said the law will make Illinois an “abortion destination for the country.” The group said it will fight any efforts to outlaw parental notification.

More than half a dozen states have adopted steep restrictions on abortion, including a near-total ban signed into law in Alabama last month.

Louisiana, Georgia, Kentucky, Mississippi and Ohio have enacted laws prohibiting abortion once there’s a detectable fetal heartbeat, which could be as early as the sixth week of pregnancy. Missouri passed an eight-week ban, with few exceptions.

None of the bans has taken effect and all are expected to face legal challenges.

Overall, the number of abortions performed in the U.S. has declined, with historically low rates reported in 2014. Illinois has mirrored national trends. Approximately 39,000 abortions were performed in the state in 2017, the latest statistics available. A decade earlier, there were more than 45,000, according to the Illinois Department of Public Health.

Pritzker Agenda Coming Down to the Wire