A Chicago eatery that opened in 1965 made big plans to become “America’s most beautiful restaurant and pizzeria.”

The neighborhood joint remains open after 54 years but some of its beauty is up for sale.

We get a look as the restaurant prepares for a most unusual estate sale.

Brandis Friedman: On Howard Street in Rogers Park, Gullivers has served many travelers and countless locals over the years.

They make all kinds of food, and it all comes with an enormous side dish of antiques. 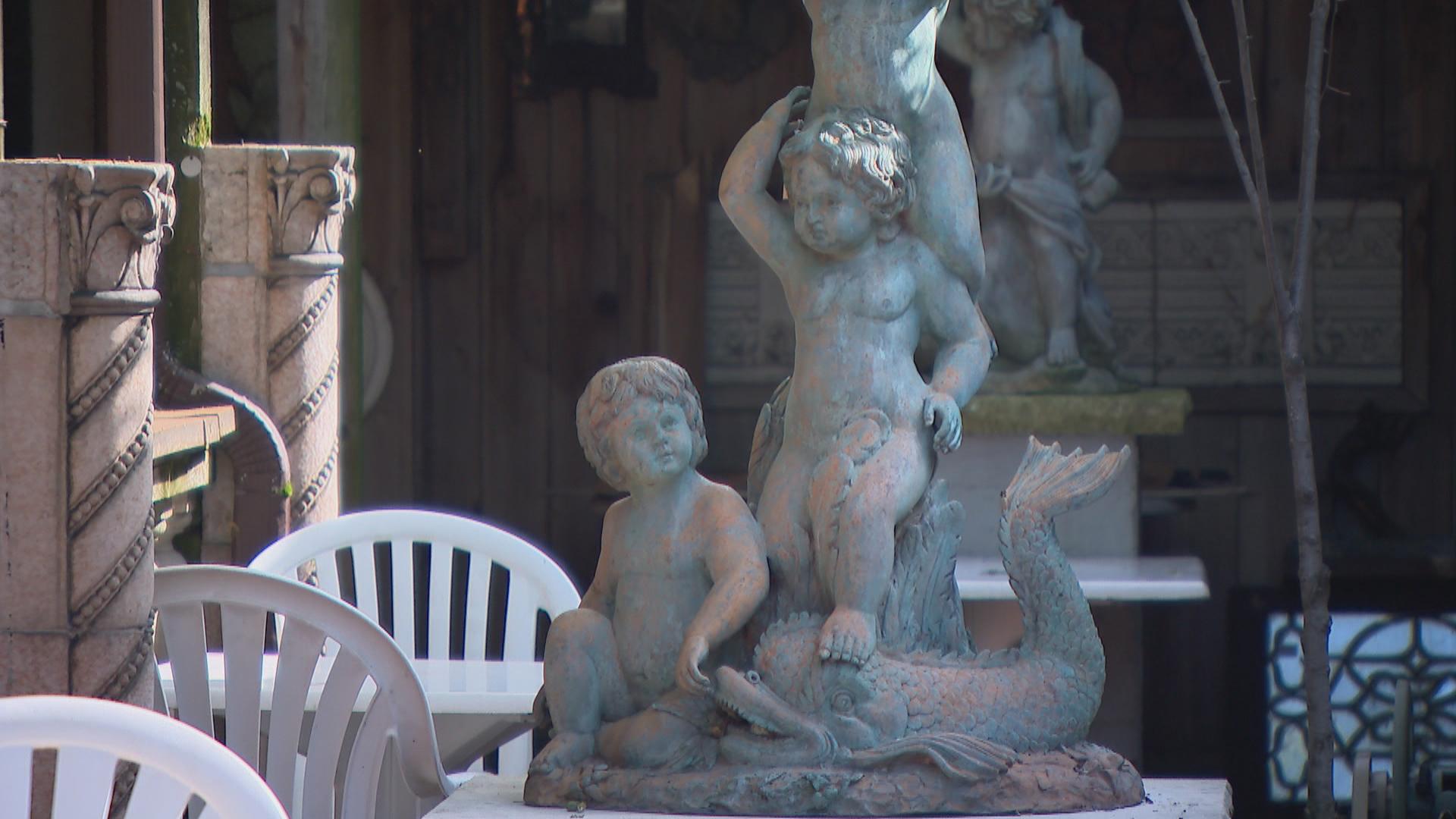 Business in the big restaurant and bar goes on while items are removed – and appraisers evaluate thousands of pieces for an uncommon estate sale.

Sophia du Brul, appraiser, Sophia’s Room: This is very atypical. This is atypical for anyone in my business. This really is kind of one of those once-in-a-career sales, to get a big collection like this and to get a pretty complete collection. Most of the time what we’re doing is, you know, people’s houses.

This is a sale that a lot of people would kill for.

There’s a lot of architectural salvage, and from what I understand there was an old dealer named Larry Levine who used to scavenge a lot of buildings and he sold a lot of this stuff to (Jerry Freeman, the original owner). But Jerry would often go on his own scavenging hunts and expeditions. And in the ‘70s so many beautiful buildings were torn down in Chicago, there was a lot of scavenging to do.

Friedman: So if you’re looking for architectural ornaments, or you have a pressing need for a 100-gallon chemical vase from a 19th century English pottery, or an abundance of lamps and chandeliers, all of them can be found in the collection amassed by the late co-founder of Gullivers, Jerry Freeman.

du Brul: There is some arts and crafts, there is some art deco, there are a couple pieces that go to the Columbian Exhibition. There are some pieces that are earlier, there are definitely some early 19th century pieces too, but the majority of it is kind of the Edwardian, late Victorian art nouveau. That seemed to be Jerry’s sweet spot. 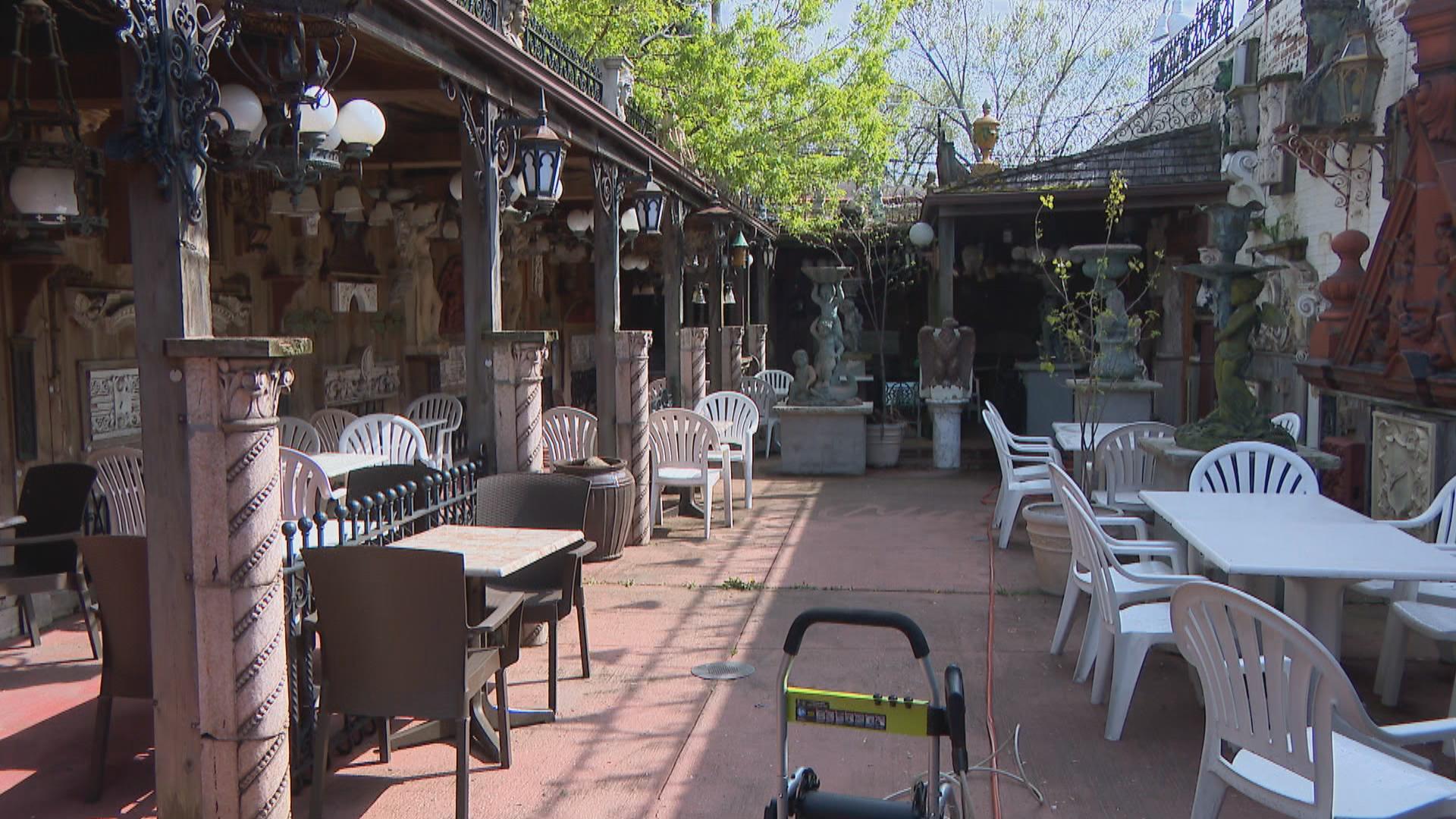 Friedman: The collections spill out onto the patio, where many of the architectural pieces reside – including what might be a Louis Sullivan ornament.

du Brul: I did a rough estimate when I took on this job but we’re not through pricing everything. I’d say that we’re not quite, we’re between like half and two-thirds of the way through, I mean we’re over $300,000 in inventory already.

Customers have bittersweet feelings about owning a slice of Gullivers.

Charlotte Rusnak, longtime customer: We just bought two of the fixtures today, because I wanted to have a part of this place because it means so much to me.

Anthony Rusnak, longtime customer: It’s a friendly confines, and it’s an eclectic crowd and you can get every person you can think of walking through the door. Even though they were strangers you still felt like you were part of a community. 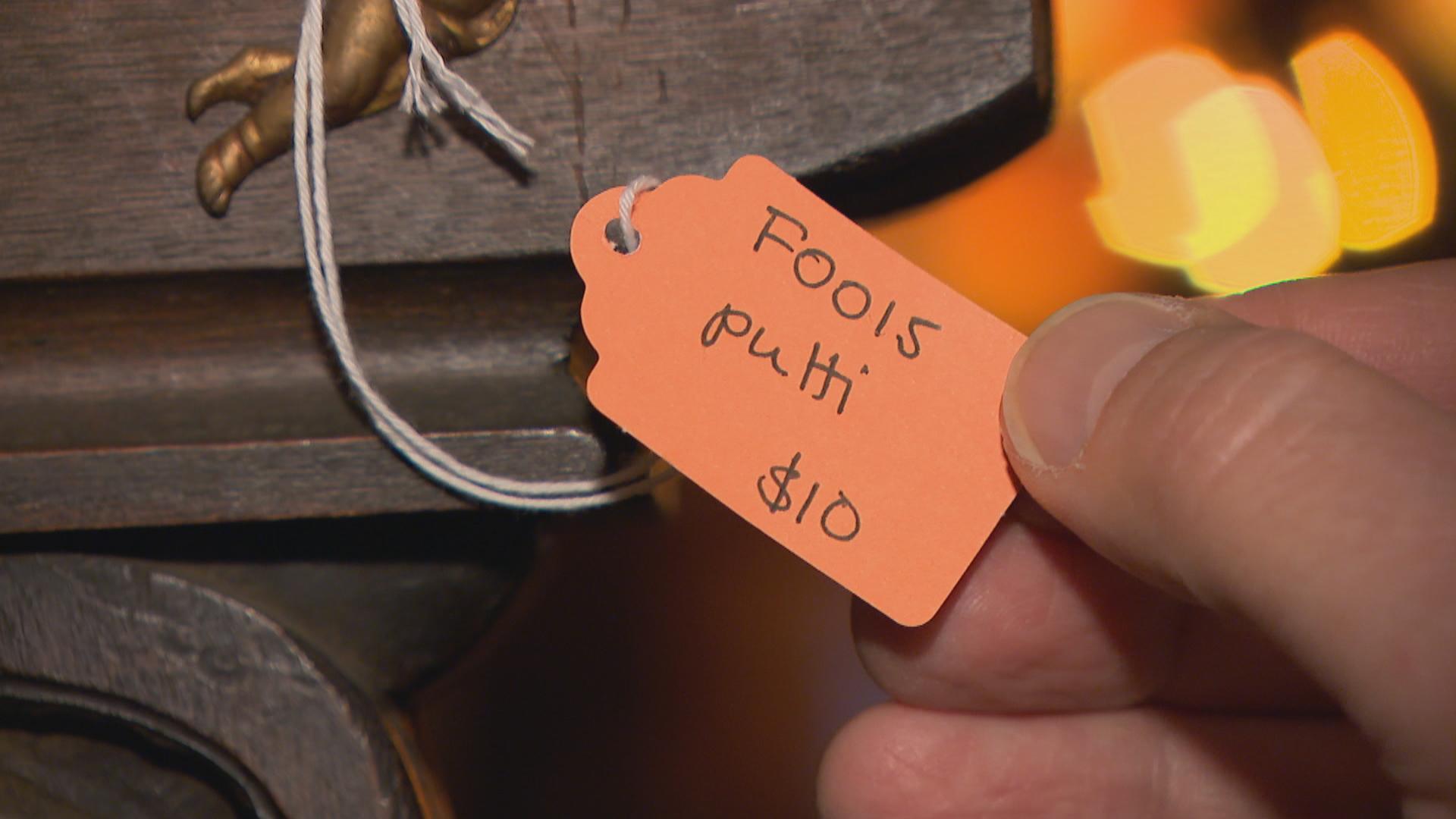 Friedman: A key member of the team has been a part of that community since 1985.

Amy Juhlin, Gullivers Pizza & Pub: I was 21 years old and it was one of my first waitress jobs and … it’s my home away from home, because I’ve been here on and off for so many years.

Friedman: She worked for decades with the original owner.

Juhlin: Jerry was very passionate when he would get a new piece. He would walk around for days thinking he wanted to put it in just the right spot.

du Brul: It’s so creative what he did with a lot of this stuff. Like a lot of these decorations that you find on the booths, these are furniture mounts, so these are taken off of antique pieces of furniture, and – like these are elevator grills that came off the doors off of the elevators at Chicago City Hall.

Juhlin: I have purchased an item or two. It holds a special place in my heart. I met my ex-husband here and I wouldn’t have my two beautiful daughters had that not happened.

I think the customers do want a little piece of Gullivers because there’s just that great memory.

It’s been a pleasure to be surrounded by this beauty.

Gullivers is still open although the restaurant is for sale. The estate sale of furnishings at Gullivers starts Friday, May 24 and runs through Monday, May 27. Find more information about the estate sale here. 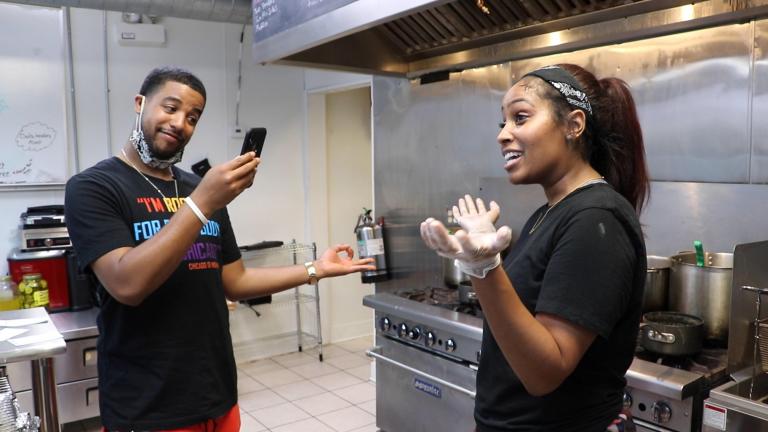