The Department of Homeland Security is front and center in today’s debates about immigration, disaster relief and cyber warfare.

The massive agency that controls things like border patrol, FEMA and the TSA was born out of the 9/11 terror attacks. It’s been charged with the broad task of keeping the country safe while balancing the civil liberties of Americans.

In the new book “How Safe Are We?” former Obama-era Homeland Security Secretary Janet Napolitano offers a report card.

In some respects, we’re safer than we were before 9/11, she says.

“It’s difficult to imagine an attack like the 9/11 attack succeeding again,” Napolitano told “Chicago Tonight.” “We’ve so strengthened our security around air travel and the like. But other risks have evolved – it continues to evolve. So, the risks associated with global warming. Cybersecurity. The risk of mass gun violence. Those are three key areas of risk that have only grown since the attacks of 9/11.”

Napolitano has been president of the University of California system since 2013, and before serving as DHS secretary was Arizona’s attorney general and then governor.

Below, an excerpt from “How Safe Are We?” 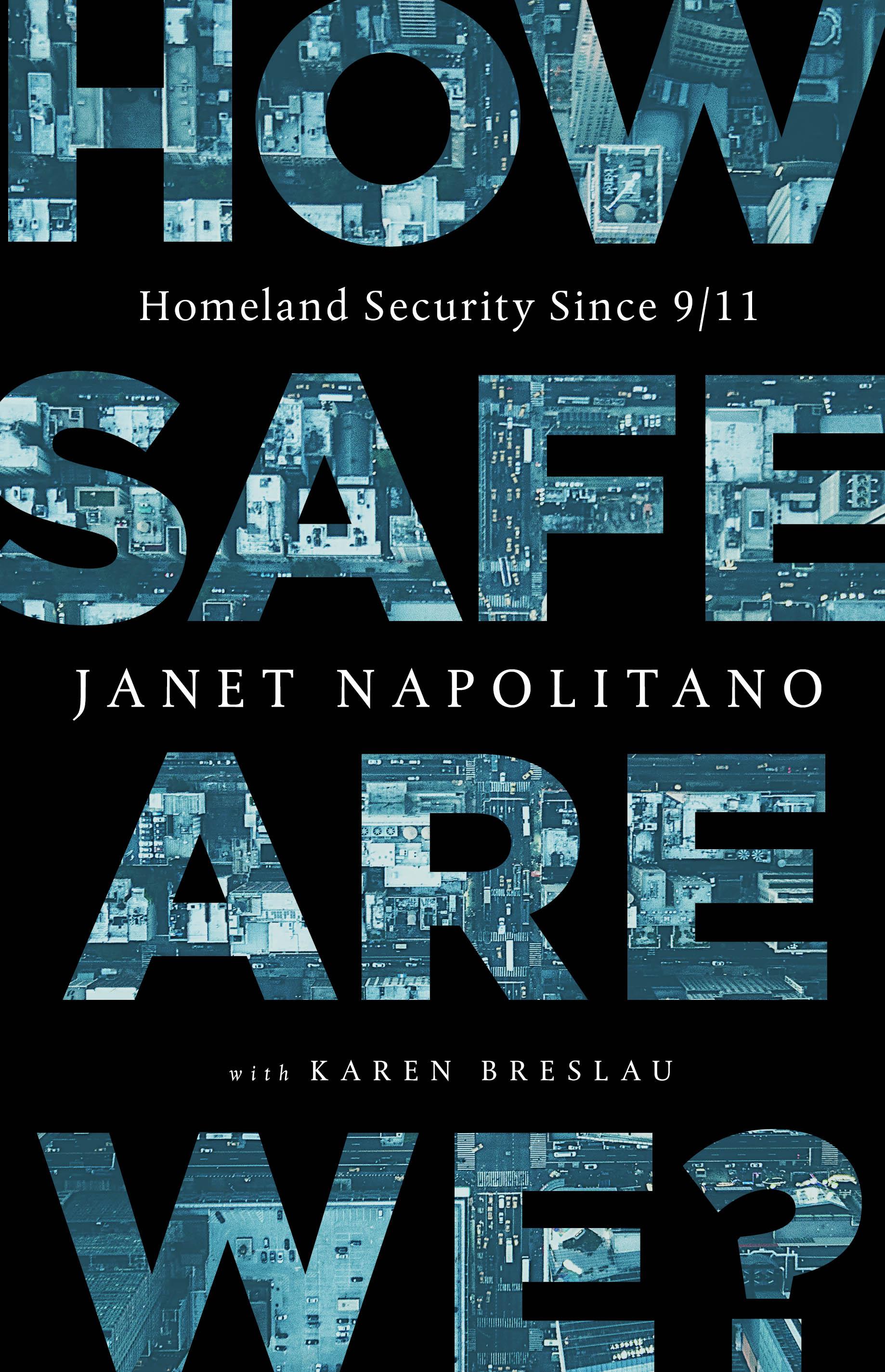 Like most Americans of a certain age, I remember exactly where I was and what I was doing when our country was attacked on the morning of September 11, 2001. It was shortly before 7:00 a.m. in Phoenix, Arizona, and I was home getting ready for work when I heard on NPR that a plane had flown into one of the World Trade Center towers. The cause was being described as a possible air traffic control problem. A few minutes later, as I was drying my hair, I heard the announcement that stopped me cold—that the second tower had been hit. I knew then, along with the rest of America, that this wasn’t an accident.

I was the attorney general of Arizona at that time, and the moment I heard that the second tower had been hit, I dropped my hair dryer and went into crisis mode. I called my chief of staff to activate our team and run through our plan should there be an attack on Arizona. A few minutes later, I got a call from Governor Jane Dee Hull, asking whether she had the legal authority to scramble National Guard jets to protect the state’s Palo Verde Nuclear Generating Station, the largest power plant in the nation. I took a beat. It’s in my nature to plan for everything, to prepare for every eventuality, but there was no plan for this. I had to make a call. I told the governor that without authorization from the Pentagon, she could not activate the Guard, since it was both a federal and a state asset. By this point, we’d learned that the Pentagon had also been hit by a commercial airliner and was in flames. There would be no answer from Washington that day.

As a high‐level state government official, the near silence from the federal government was eerie. In the chaotic first hours after the attacks, President George W. Bush was aboard Air Force One, flanked by F‐16s, as he was flown from one military base to another, unable to communicate reliably with his cabinet, leaders of Congress, or the American people. With the president out of the public eye for the moment, New York City mayor Rudolph Giuliani emerged for many as the face and voice of the government response on that first day and the days that followed. In that task, he performed admirably.

Everyone was scrambling to understand what was happening, including cabinet secretaries, governors, mayors, police chiefs, first responders, the media, and, of course, the American public. People were terrified, wondering what could happen next and where to get reliable and actionable information. It wasn’t until I got home late that night and watched people jumping from the burning towers on television that the impact of the day hit me. As I numbly watched endless video loops of office workers plunging to the ground to avoid being consumed by flames, I could only think about what horrors they must have been faced with to make the decision to jump. Those images remain seared in my memory to this day, as they do for many of us.

We will soon observe the twentieth anniversary of the Tuesday that transformed our nation so profoundly that it is known most commonly by its date: 9/11 (like December 7, 1941, Pearl Harbor, or November 22, 1963, the assassination of President John F. Kennedy). The 9/11 attacks changed the way we fly, protect our borders, investigate crime, and gather government information. They changed the way we organize the federal government itself, the economy, and even the way we watch the news on television. (The nonstop news ticker screen crawl was born to handle the torrent of information that day.) The 9/11 attacks shook the American psyche too, in ways that continue to reverberate. It had been nearly sixty years since the Japanese bombed Pearl Harbor, and for the first time in the lives of most Americans, we had to struggle with the realization that we were no longer safe from attack by a foreign entity within the borders of the United States. This altered our expectations of what our government can and cannot do for us. It affected our politics; it challenged our conception of ourselves as the world’s most open society.

It’s been nearly two decades since 9/11, and I believe it’s time to take stock of those changes, to identify which policies that were put in place back then still work and which ones need to be fixed. In those early days after the attacks, decisions were made and laws were passed that were the result of fear, lack of information,  and often a sincere desire to ensure that kind of attack would never happen again. It’s time to look at those decisions in light of the country we are today and to address the new threats that have arisen in the nearly two decades since the attacks.

Think of this book as an American report card. What has worked and what has not? What are the social, political, and economic costs of that progress? Where are our biggest vulnerabilities today, and how do we repair them? What are the risks we must accept if we are to remain a free and open society? What should government do for us, and what must each of us do for ourselves and our neighbors in the event of emergency? Most importantly, are we safer and more resilient today than we were on September 11, 2001?

Excerpted from How Safe Are We?: Homeland Security Since 9/11, by Janet Napolitano with Karen Breslau. Copyright © 2019. Available from PublicAffairs, an imprint of Perseus Books, LLC, a subsidiary of Hachette Book Group, Inc.