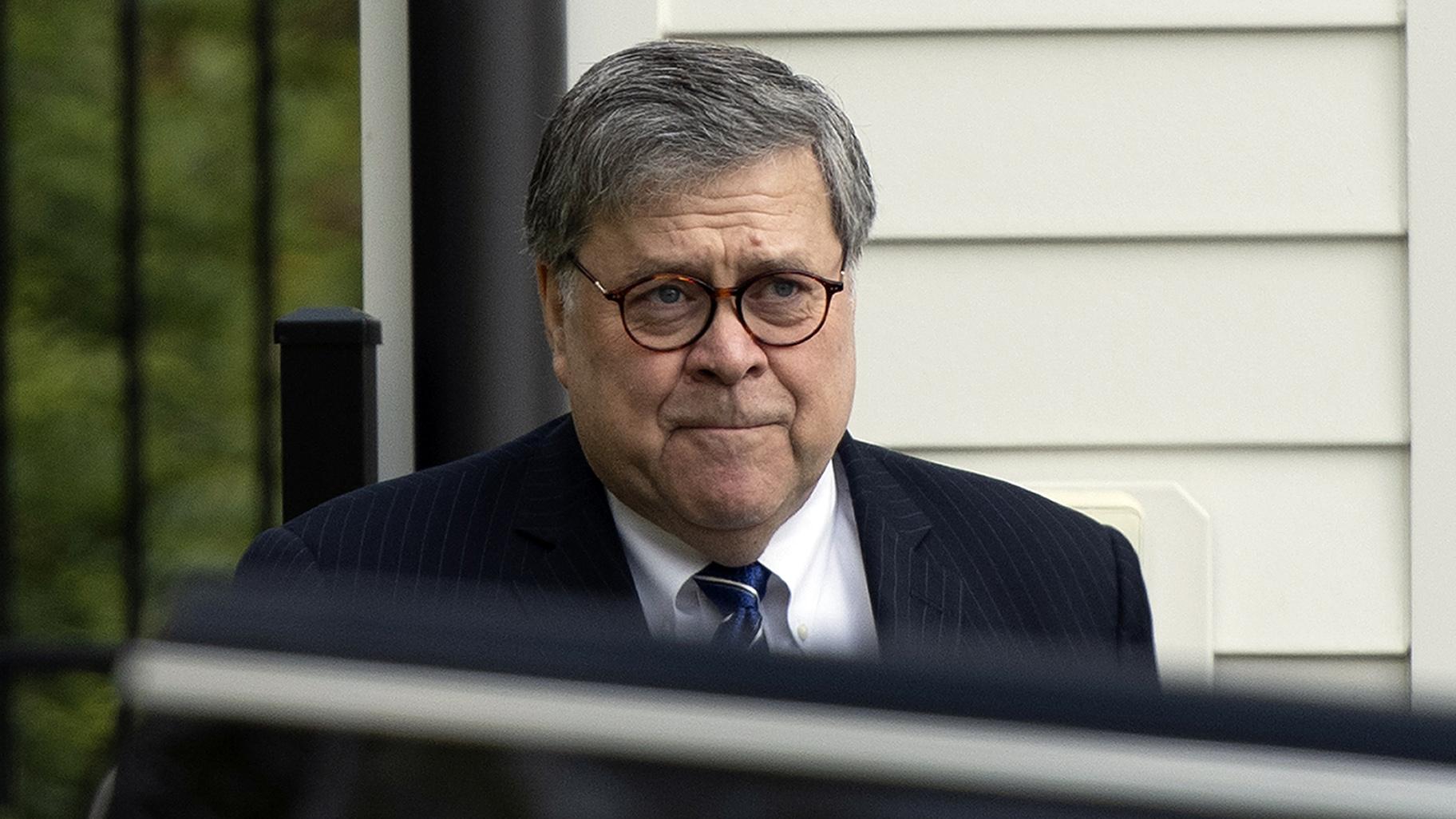 WASHINGTON (AP) — After nearly two years of waiting, America will get some answers straight from Robert Mueller — but not before President Donald Trump’s attorney general has his say.

The Justice Department on Thursday is expected to release a redacted version of the special counsel’s report on Russian election interference and Trump’s campaign, opening up months, if not years, of fights over what the document means in a deeply divided country.

Even the planned release of the nearly 400-page report quickly spiraled into a political battle Wednesday over whether Attorney General William Barr is attempting to shield the president who appointed him and spin the report’s findings before the American people can read it and come to their own judgments.

Barr will hold a 9:30 a.m. news conference to present his interpretation of the report’s findings, before providing redacted copies to Congress and the public. The news conference, first announced by Trump during a radio interview, provoked immediate criticism from congressional Democrats.

House Speaker Nancy Pelosi said Barr had “thrown out his credibility & the DOJ’s independence with his single-minded effort to protect” Trump. And Senate Minority Leader Chuck Schumer said, “The process is poisoned before the report is even released.”

“Barr shouldn’t be spinning the report at all, but it’s doubly outrageous he’s doing it before America is given a chance to read it,” Schumer said.

A Justice Department official confirmed Barr’s plan to speak and answer questions about his “process” before the report’s public release. He will be accompanied by Deputy Attorney General Rod Rosenstein, who oversaw the investigation after Mueller’s appointment in May 2017. Mueller and other members of his team will not attend, special counsel spokesman Peter Carr said.

After the news conference, the report will be delivered to Congress on CDs between 11 a.m. and noon and then be posted on the special counsel’s website, said the official, who wasn’t authorized to discuss the matter publicly and spoke on condition of anonymity.

Barr formulated the report’s roll-out and briefed the White House on his plans, according to a White House official who was not authorized to discuss the matter publicly. The White House declined to comment on an ABC News report that it had been briefed on the contents of Mueller’s report beyond what Barr has made public.

At a later date, the Justice Department also plans to provide a “limited number” of members of Congress and their staff access to a copy of the Mueller report with fewer redactions than the public version, according to a court filing Wednesday.

The report is expected to reveal what Mueller uncovered about ties between the Trump campaign and Russia that fell short of criminal conduct. It will also lay out the special counsel’s conclusions about formative episodes in Trump’s presidency, including his firing of FBI Director James Comey and his efforts to undermine the Russia investigation publicly and privately.

The report is not expected to place the president in legal jeopardy, as Barr made his own decision that Trump shouldn’t be prosecuted for obstruction. But it is likely to contain unflattering details about the president’s efforts to control the Russia investigation that will cloud his ability to credibly claim total exoneration. And it may paint the Trump campaign as eager to exploit Russian aid and emails stolen from Democrats and Hillary Clinton’s campaign even if no Americans crossed the line into criminal activity.

The report’s release will be a test of Barr’s credibility as the public and Congress judge whether he is using his post to protect Trump.

Barr will also face scrutiny over how much of the report he blacks out and whether Mueller’s document lines up with a letter the attorney general released last month. The letter said Mueller didn’t find a criminal conspiracy between the Trump campaign and the Russian government but he found evidence on “both sides” of the question of whether the president obstructed justice.

Barr has said he is withholding grand jury and classified information as well as portions relating to ongoing investigation and the privacy or reputation of uncharged “peripheral” people. But how liberally he interprets those categories is yet to be seen.

Democrats have vowed to fight in court for the disclosure of the additional information from the report and say they have subpoenas ready to go if it is heavily redacted.

House Judiciary Chairman Jerrold Nadler, D-N.Y., said Wednesday he will “probably find it useful” to call Mueller and members of his team to testify after reading the version of the report Barr releases.

Nadler also criticized the attorney general for trying to “bake in the narrative” of the report to the benefit of the White House.

Late Wednesday, Nadler joined the chairs of four other House committees in calling for Barr to cancels his news conference. But Rep. Doug Collins of Georgia, the ranking Republican on the Judiciary Committee, defended Barr and accused Democrats of “trying to spin the report.”

Collins said Barr has done “nothing unilaterally,” saying he had worked with Rosenstein and Mueller’s team “step by step.”

Mueller is known to have investigated multiple efforts by the president over the last two years to influence the Russia probe or shape public perception of it.

In addition to Comey’s firing, Mueller scrutinized the president’s request of Comey to end an investigation into Trump’s first national security adviser; his relentless badgering of former Attorney General Jeff Sessions over his recusal from the Russia investigation; and his role in drafting an incomplete explanation about a meeting his oldest son took at Trump Tower with a Kremlin-connected lawyer.

Overall, Mueller brought charges against 34 people — including six Trump aides and advisers — and revealed a sophisticated, wide-ranging Russian effort to influence the 2016 presidential election. Twenty-five of those charged were Russians accused either in the hacking of Democratic email accounts or of a hidden but powerful social media effort to spread disinformation online.