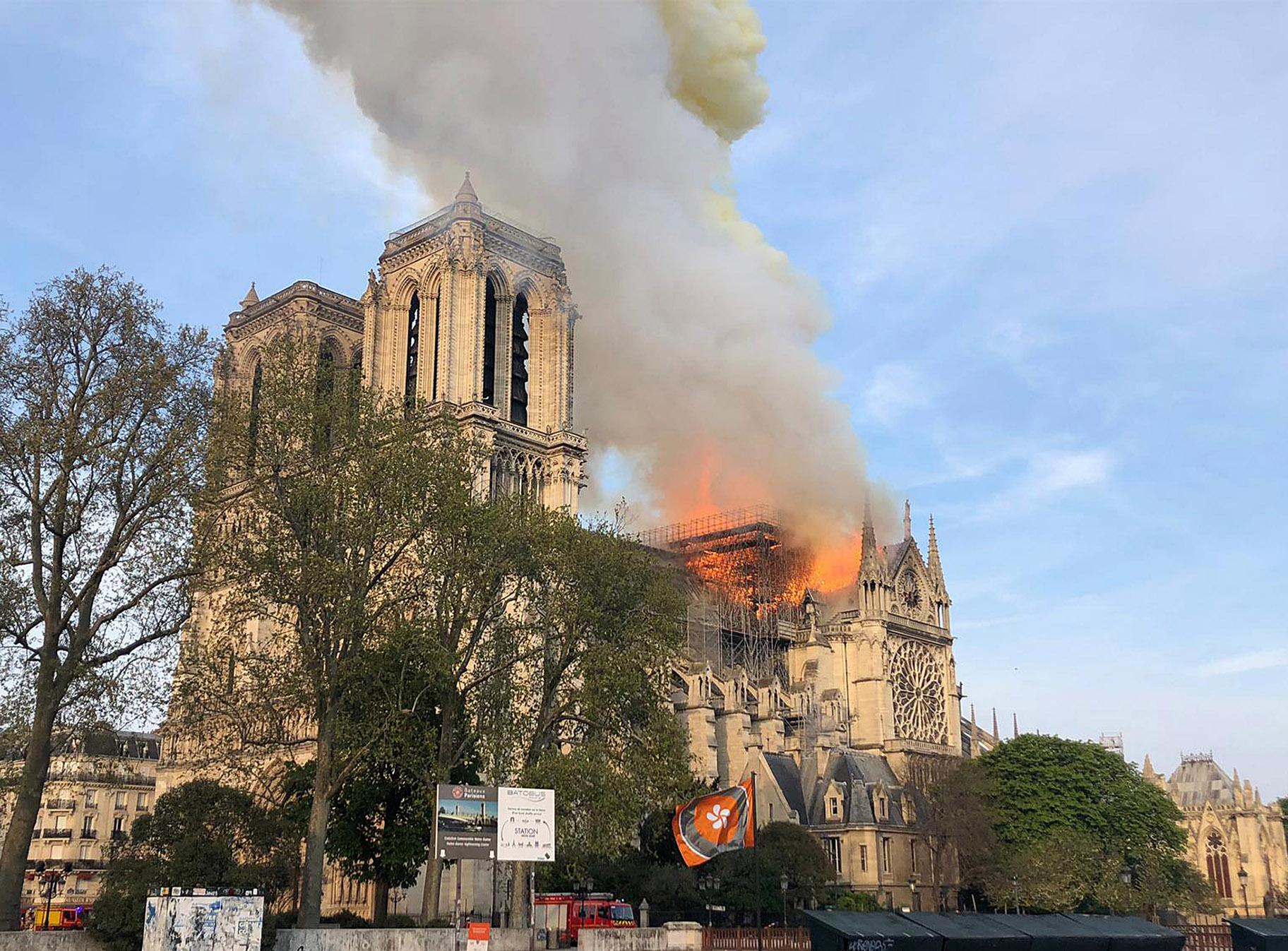 Notre Dame Cathedral is burning in Paris on Monday, April 15, 2019. Massive plumes of yellow brown smoke is filling the air above Notre Dame Cathedral and ash is falling on tourists and others around the island that marks the center of Paris. (AP Photo)

PARIS (AP) — A massive fire engulfed the roof of Notre Dame Cathedral in the heart of the French capital Monday, shooting up its long spire and sending thick plumes of smoke high into the blue sky as tourists and Parisians looked on aghast from the streets below.

The cathedral is home to incalculable works of art and is one of the world’s most famous tourist attractions.

As Paris firefighters battled the blaze, part of the spire of the 12-century monument collapsed.

Paris police said there were no deaths so far and the origin of the fire was unknown. French media quoted the Paris fire brigade saving the fire is “potentially linked” to a 6 million-euro ($6.8 million) renovation project on the church’s spire and its 250 tons of lead.

Flames shot out of the roof behind the nave of the cathedral, among the most visited landmarks in the world.  Sights of the flames stopped passers-by in their tracks along the Seine River that passes beneath the cathedral. 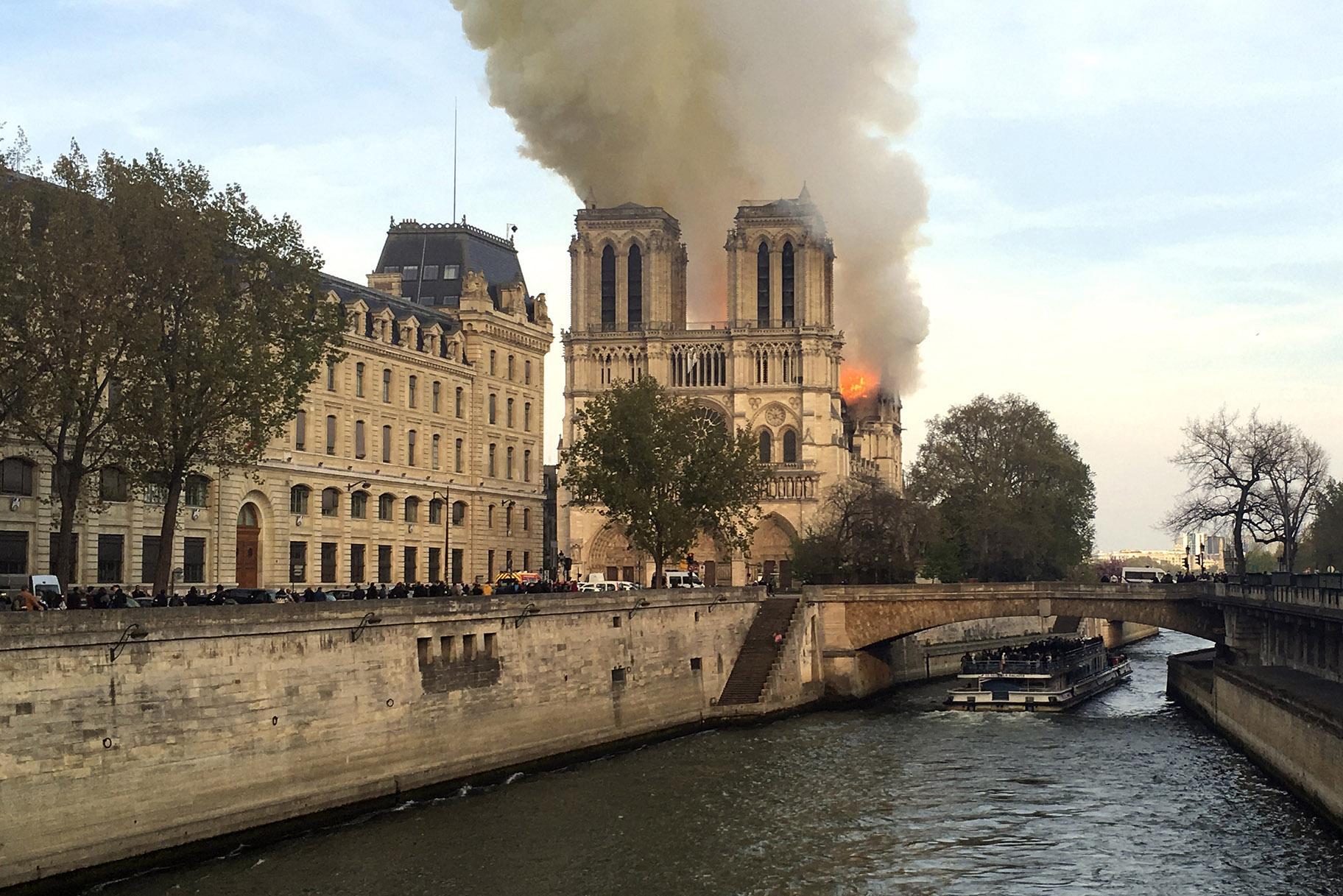 French President Emmanuel Macron postponed a televised speech to the nation because of the stunning blaze and was going to the cathedral himself.

Macron’s pre-recorded speech was set to be aired Monday evening, to lay out his long-awaited answers to the yellow vest crisis that has rocked the country since last November.

Associated Press reporters at the scene saw massive plumes of yellow brown smoke filling the air above the Cathedral and ash falling on the island that houses Notre Dame and marks the center of Paris.

Paris Mayor Anne Hidalgo is in despair at the “terrible fire.” Hidalgo said in a Twitter message that Paris firefighters are still trying to limit the fire and urged Paris citizens to respect the security perimeter that has been set around the cathedral.

Hidalgo said Paris authorities are in touch with Paris diocese.