Until recently, few people had ever heard of pangolins. Now these scaly anteaters are making headlines as the most trafficked animal in the world and could be extinct before most of us ever have a chance to see one.

Researchers estimate that over the past decade, more than one million animals have been taken from the wild as demand has soared for pangolin meat and pangolin parts used in traditional Chinese medicine.

Among the eight known species of pangolin, four are found in Asia and four in Africa. All are endangered.

“They are on a fast track to extinction,” said Bill Zeigler, senior vice president of animal programs at the Chicago Zoological Society, which manages Brookfield Zoo.

Last month, a shipment of nine tons of pangolin scales with a reported value of $8 million was intercepted in Hong Kong on its way to Vietnam.

And earlier this month, authorities in Malaysian Borneo raided a warehouse and factory and discovered some 30 tons of pangolins. Most had been frozen and were seemingly destined for the dinner tables of wealthy Asians.

“Most people don’t realize that there’s an upper class in China and being able to eat exotic things, that’s a status symbol,” said Zeigler.

Aside from being consumed as an exotic delicacy, one of the biggest challenges to conservation efforts is that the use of pangolin parts in traditional Chinese medicine, particularly the scales, is deeply ingrained.

“You have a young generation that is coming up that is much more aware of conservation efforts but they are not the decision makers yet -- they will be soon,” said Zeigler. “But right now you have the older generation that has grown up (using) pangolin parts for migraine headaches or that type of thing and they believe in it very strongly.” 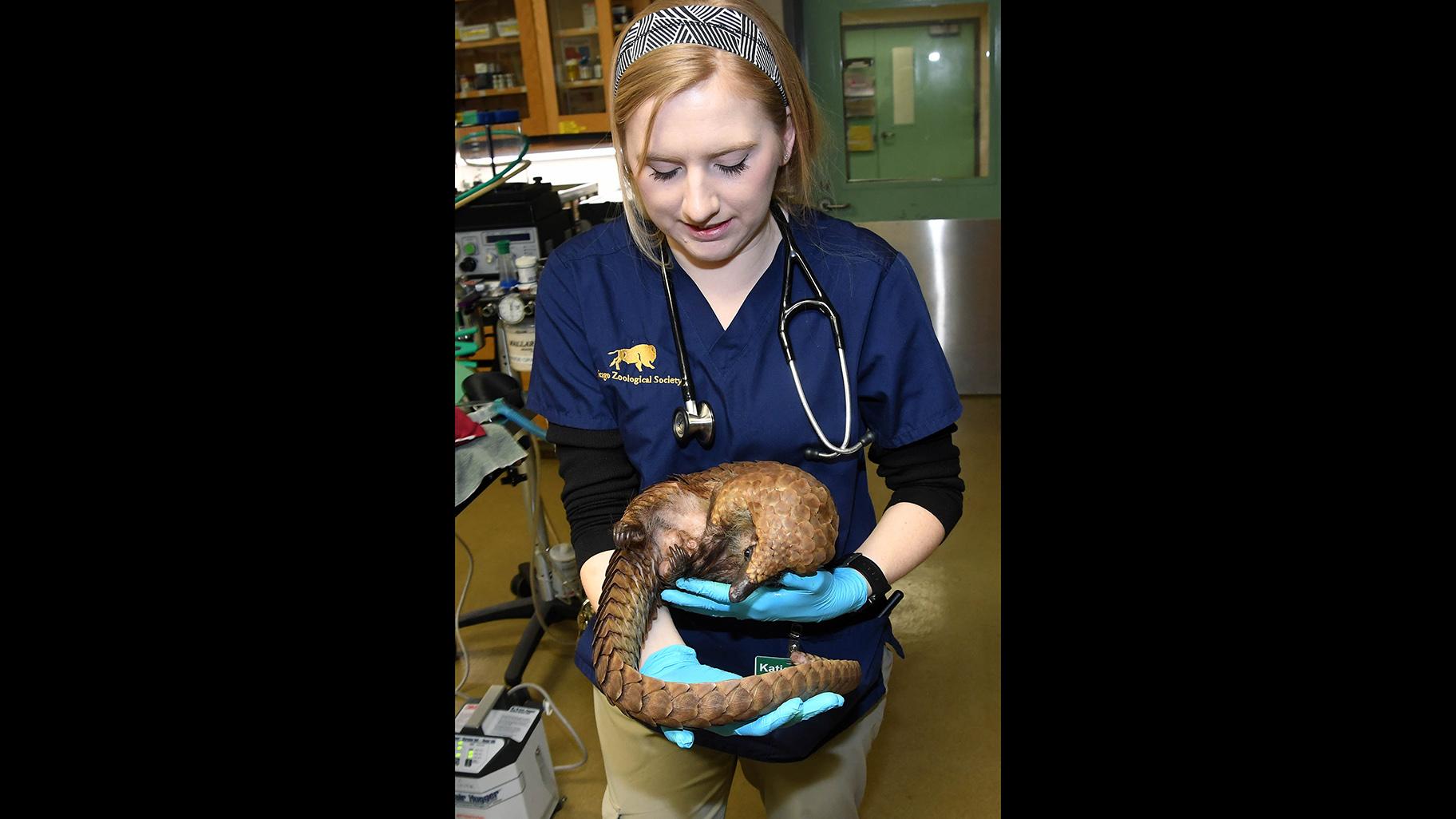 But pangolin parts are not just being trafficked in Asia.

“Believe it or not, the United States is still a fairly good size importer of pangolin byproducts. They’re worded differently, they’re hidden in different ingredients and they go to a lot of the Asian markets,” said Zeigler.

In an effort to curb that trade in Illinois, the Chicago Zoological Society is backing a bill (HB1644) introduced by state Rep. Jonathan Carroll (D-Buffalo Grove) that would prohibit the possession, sale, trade or distribution of pangolin products in the state.

But the Zoological Society’s efforts to help save the pangolin go much further than that.

Since 2016, Brookfield Zoo has led a seven-institution consortium working to protect and learn more about this largely nocturnal and, until recently, elusive creature.

“Between our seven institutions we see over 17 million people a year,” said Zeigler. “We are trying to get the word out and support pangolin conservation and educating the public more about it. Why that demand is there and the fact that the demand has no (scientific) foundation. There is no medicinal quality in the scales – it’s like your fingernails, keratin.”

One key to helping save the pangolin is to learn more about them in order to advance conservation efforts in the field.

As part of that effort, 45 pangolin were brought from Togo in West Africa to create a captive breeding population. “Pangolins tend to be individual animals. They only usually come together for reproduction,” said Zeigler. “That’s one of the things we are studying here – what is the reproductive physiology? How long is the gestation period? We never knew until we brought them in and now we know that gestation period is about eight months.”

So far, the animals seem to be thriving.

“We’ve had six births. We have three females that are pregnant right now and we’re in the process of trying to get two other females that we have here pregnant,” said Zeigler.

The ultimate goal is to create a population that is genetically diverse and large enough to be sustainable without having to take any other creatures from the wild where much of their natural forest habitat is being destroyed.

“In the ‘60s and ‘70s a lot of areas (in which pangolins are found) used to be impenetrable forests but now you’ve seen logging concessions and roads being built and that has also brought in the hunters,” said Zeigler. “In the last 10-12 years there’s been a huge rise in interest in African pangolins (being poached) because the Asian pangolins are getting harder to find.”

For pangolins to survive in the wild, demand must be stopped at the source but that requires cultural change – which may not come fast enough.

“Will the species survive? There is a heavy cultural pressure and cultures are generational. So it takes one or two generations to change a culture. So do they have time? I don’t know,” said Zeigler.

“I don’t want to be pessimistic and obviously we have undertaken this effort and we are going to do whatever we can,” he said. “Regardless of what happens we will never give up. But the end result is not up to us. The end result is up to all the people out there.”

Find CZS' petition to save the pangolin here.