Six days to go until the mayoral election, and it's anybody's guess as to who will make the runoff. The same can be said about dozens of City Council aldermanic races.

Our politics team of Paris Schutz and Carol Marin takes us behind the scenes once again in this week's edition of Spotlight Politics.

Chicago voters will face a choice for alderman in 45 of 50 city wards when they go to the polls on Tuesday. Five incumbent aldermen are running without any opposition. But some of the contested City Council races have resulted in residents being bombarded with attack mailers, text messages and other campaign paraphernalia.

Today, several incumbent and non-incumbent candidates for aldermen laid out proposals that would fundamentally alter the role of alderman in city government. A group of progressive reformers, led by U.S. Congressman Jesus “Chuy” Garcia, pledged to support ethics changes, like giving the Inspector General more power to investigate council members, a limit on the practice of aldermanic prerogative and a ban on any outside employment that could present a conflict of interest with city business.

“There is forward movement, and a realization that, if you have to recuse yourself, you should not be partaking in that kind of employment,” Garcia said. “And even the appearance of a conflict of interest should shame people into leaving other affairs they may be conducting.”

One of the candidates vowing to make ethics changes is Tanya Patino, running against incumbent Ald. Ed Burke in the 14th Ward.

Patino has claimed that Burke has used city money, including limited aldermanic menu funds that go toward ward infrastructure projects, to build a wall and fencing on his private property in the ward.

Patino and another challenger, Jaime Guzman, have close ties to Garcia and have prompted Burke to campaign heavily.

Burke has been criminally charged with one count of attempted extortion for an alleged plot to shakedown a fast food franchisee to get business for his property tax law firm.

The race for 44th Ward alderman has also caught widespread attention because of a notable business that calls the ward home: The Chicago Cubs.

Cubs Chairman Tom Ricketts has made no secret about his disdain for incumbent alderman Tom Tunney, and members of the Cubs organization have contributed heavily to one of his opponents, Elizabeth Shydlowski.

Austin Baidas, who has self-financed much of his campaign, is also running in the race.

Tunney claims that he has been a necessary check on the ambitions of the Ricketts family to expand their footprint in Wrigleyville and gain more concessions from the city, like a permit to allow anyone to utilize their plaza along Clark Street during a Cubs game, as opposed to only ticket holders.

In the 20th Ward, nine candidates are competing to succeed federally indicted Ald. Willie Cochran. Cochran is just the latest in a line of 20th Ward aldermen to get into federal trouble. That dubious list includes Arenda Troutman, convicted on federal bribery charges, and Cliff Kelley, who served a year in prison after being convicted on bribery and income tax charges.

First War Ald. Proco “Joe” Moreno faces challenger Daniel LaSpata, who has pounced on some of Moreno’s possible legal problems, including an investigation by the Chicago Police Department into whether he filed a false police report.

Early voting has been slow to pick up, but election officials say they have gotten more than 60,000 vote by mail requests, nearly three times the amount they received in 2015’s municipal elections.

How Did Chicago Mayoral Candidates Perform in TV Forums? 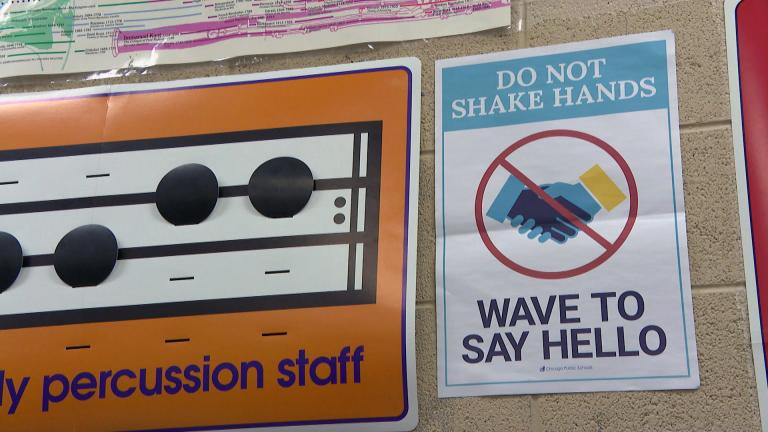