Anyone who has ever been to high school knows that one constant of that world is cliques.

There are the sporty types (“jocks”), the nerdy types (“brains”) and the students who seemingly get along with everyone (the “populars”) who appear to have it all figured out.

But a new study from the University of Illinois at Chicago has analyzed today’s high school cliques and found that while many of these groups are familiar, others appear unique to this generation of students. One such group are the so-called loners – the students that others fear might one day return to do harm.

On the first anniversary of the mass shooting at Marjory Stoneman Douglas High School in Parkland, Florida, we speak with Rachel Gordon, the lead researcher of the study and a professor of sociology at UIC, to examine the role of cliques and alienation in high school life – and what lessons may be learned.

Briefly explain this study of high school cliques or “crowds” – how did you go about trying to identify these crowds?

We talked to college students about their recent high school experience and that allowed us to build on a common approach to learning about crowds. The approach we took allowed us to talk to students who came from a wider variety of high schools whereas some of the studies done previously focused on a single high school. We talked to students in Chicago and Austin, Texas. There were 61 students in total in 10 different focus groups – some of them mixed in terms of racial and ethnic and gender identity and some of them focused on a single racial or ethnic identity.

We see groups that have existed historically but also some that have reinvented themselves for modern times. An example I think about is that when I was in high school there were the kids that geeked out about Dungeons and Dragons and these days we see kids geeking out about Anime Manga.

As a sociologist, what can you tell us about why we naturally form into groups like this – especially at high school? What are the positives of being in a particular crowd?

Should it be a concern that high school students separate themselves in this way? Can this behavior have negative consequences? Social crowds can be positive but for those groups you’ve identified as the loners it can also be a negative. What are your thoughts on that?

I see it as two sides of the coin. Sometimes kids can get pigeon-holed into a particular crowd based upon particular assumptions or they can find it really hard to break into a crowd that they would really like to be a part of. The positive side is that we’ve seen in an additional study that guesses about the crowd that someone may belong to correlate with what they report about themselves. So for instance in that loner group we found that they are reporting more feelings of loneliness and depression

Among the things you note is that at least some students seem to be increasingly anxious. One source of that anxiety is academics. Tell us about that.

When crowd research started about a quarter of the population was going to college and now about two-thirds are. We did see that there was discussion in the focus groups about the “brains” crowd being more anxious these days. I think one of the ways to think about that is pressure they may put on themselves or feel from their parents or teachers to get into the top ranked colleges which are increasingly competitive and difficult to get into.

In terms of the “loners” and the instances of loneliness and depression – is that something that you think is on the rise or is it just that we are getting better at identifying those traits?

That is the question that all scientists would love to be able to answer. We do have data that suggests it’s now being reported more among teenagers – depression and anxiety on the whole.

Your study also noted racial and ethnic differences in term of how students of color identified with and participated in groups. What did you find there? How is the experience of crowds for a person of color different from say a middle-class white student?

It’s a great question and also of interest to us as the country continues to change in terms of those demographics. We did have some focus groups that were students of the same racial and ethnic self-identification and some that were a mixture. What we saw was that students who had grown up in a segregated kind of context – so mostly around other white middle class students – thought there would a racial/ethnic crowd. So a crowd of all Latino kids or African American kids and when our moderators asked them about characteristics of that crowd they didn’t have real experience so they tended to fall back on stereotypical language like “sassy” or “ghetto.” I wouldn’t want to over-characterize that in a negative way but that leads me to think about how cities like Chicago are still segregated and kids aren’t having opportunities to have real experiences with each other.

How do you want people to use this study? Are there any potential lessons for school administrators?

I would hope we take on board those two sides of the coin that we’ve talked about – that crowds are natural. I think people inherently find this topic fascinating because we all have experience with it. So to think about not trying to eliminate crowds but trying to reach out to crowds – especially those crowds that need help like the “loners” crowd. Also to help see kids see commonalities so that crowds don’t become a bright line separating kids – trying to encourage some of the cross-crowd interaction. I think it’s really important to engage kids directly. 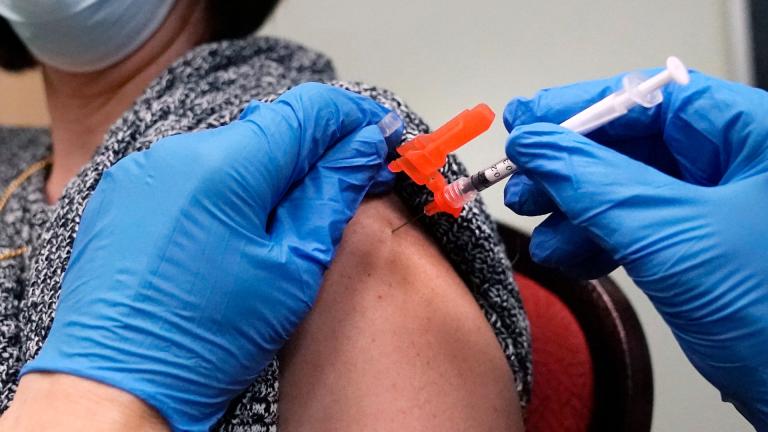