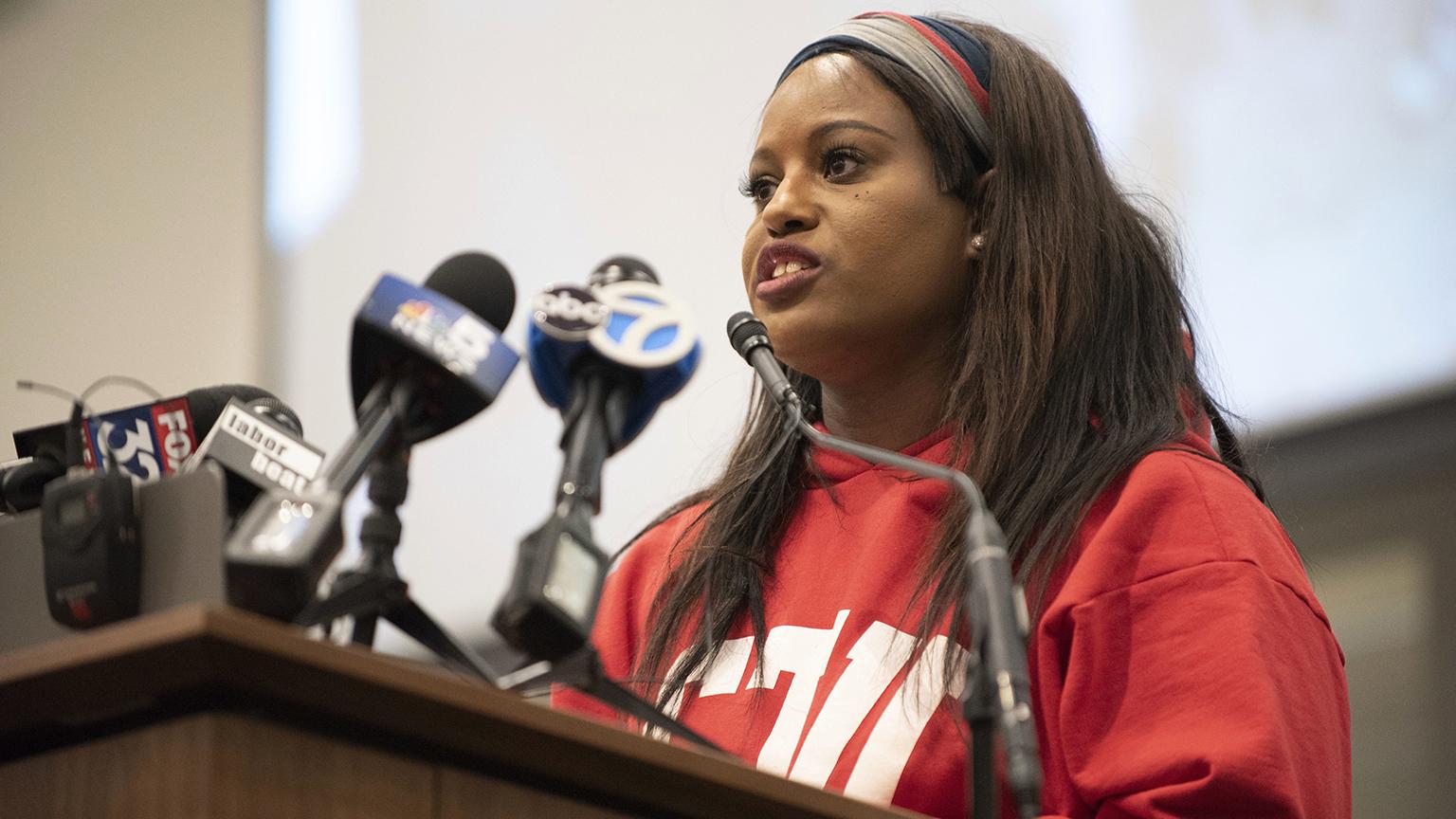 Stacy Davis Gates, vice president of the Chicago Teachers Union, speaks during a news conference at the CTU headquarters in Chicago on Sunday, Dec. 9, 2018. (Colin Boyle / Chicago Sun-Times via AP)

CHICAGO (AP) — The nation's first teachers’ strike against a charter school operator will end after their union and management struck a tentative deal Sunday that includes protections for students and immigrant families living in the country illegally.

The Chicago Teachers Union said more than 500 teachers will return to classes Monday at Acero’s 15 schools with 7,500 predominantly Latino students. Teachers went on strike Tuesday and classes were canceled.

Robert Bloch, general counsel for the union, said that since the schools’ enrollment is “overwhelmingly low-income Latino,” the union felt it was necessary to have provisions to protect students, their families and teachers who may be living in the country illegally. The agreements prohibits Acero from collecting and distributing information about the immigration status of students, teachers and families and restricts access by Immigration and Customs Enforcement to schools except by court order, he said.

Acero said in a news release the two sides agreed to raises for teachers and staff annually over the four-year term of the contract and the charter operator agreed to the union’s request to shorten the school year to more closely align with the Chicago Public Schools.

Teachers’ work days will be reduced, but Acero said that through changes in the way the school day is structured, the schools will preserve the amount of instructional time for students. The deal was struck just before 5 a.m. Sunday.

“Thanks to hard work and very long hours from both bargaining teams, we were able to reach an agreement that values teachers and staff for the important work they do, while still maintaining the attributes of our network that help produce strong educational outcomes for our students,” Acero Schools’ CEO Richard L. Rodriguez said in a prepared statement. “Most important for all of us and the families and communities we serve, we can now get students back into the classroom, where they belong.”

The union said the strike was the first against a charter school operator in the nation. The union also represents public school teachers in Chicago.