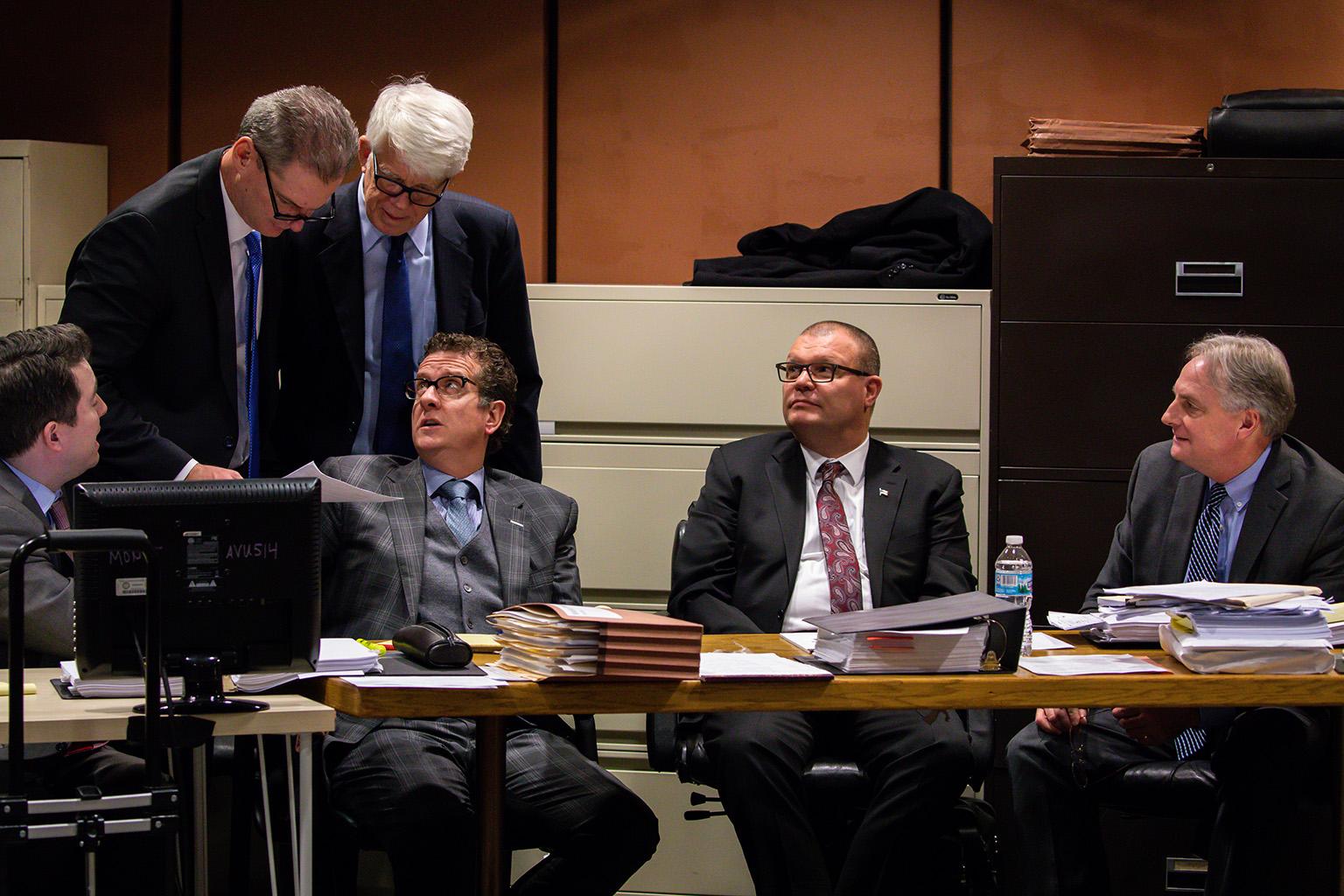 The Cook County judge overseeing the conspiracy trial of three Chicago police officers accused of covering up the 2014 shooting of Laquan McDonald has denied requests for directed findings from each defendant, meaning the case will continue.

More: Updates from the courtroom

The three men are each charged with conspiracy, official misconduct and obstruction of justice after they allegedly falsified reports from the scene of the shooting to “conceal the true facts” of McDonald’s death in an attempt to shield fellow Officer Jason Van Dyke from prosecution.

After the state rested its case Tuesday, defense attorneys each requested a directed finding of not guilty, claiming the state had failed to prove any conspiracy existed. In what were de facto closing arguments, attorneys for the trio of defendants attempted to shred the state’s case, claiming witnesses lied or were mistaken about the night of the shooting.

“They have the burden of proof,” said James McKay, who represents David March. “They came up short.” 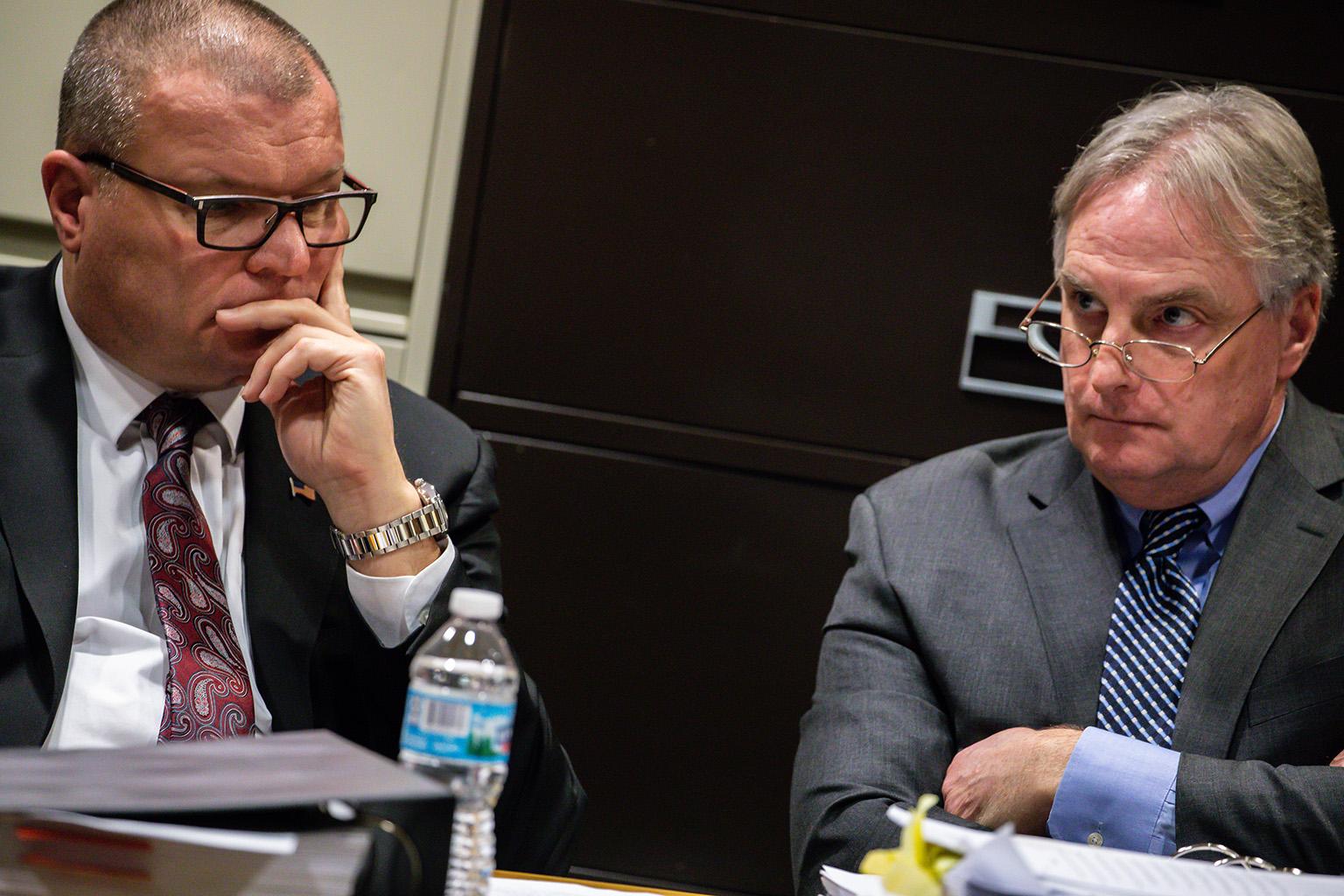 Officer Dora Fontaine lied about what she told March, McKay claimed. Eyewitness Jose Torres was further away from the shooting that he claimed and medical examiner investigator Earl Briggs never heard March or anyone else claim McDonald had “lunged” at officers, defense attorneys said.

McKay said his client was nothing more than a “reporter” that night, taking down witness statements even if he didn’t believe them to be true. And because March was the one to inventory and preserve the infamous dashcam footage of the shooting, McKay argued, he couldn’t have been involved in a conspiracy to cover up the shooting.

Walsh’s attorney Todd Pugh claimed there’s no evidence of any intent from the defendants to explain why they’d jeopardize their careers by covering for Van Dyke. Gaffney’s attorney Will Fahy said the state’s entire theory “doesn’t make sense” and claimed the state hadn’t proven anything more than the existence of a “possible” mistake in his client’s official report.

But assistant special prosecutor Ron Safer pointed again to the “identical” false information included in official reports from Walsh, Gaffney and Van Dyke, specifically, that all three failed to check a box to indicate McDonald was trying to flee police before his death.

“He was fleeing. He was trying to get away,” Safer said. “That’s the box they don’t check because it doesn’t justify Jason Van Dyke killing Laquan McDonald … There is no innocent explanation for these exact wrong reports.”

Their reports also each list the number of officer victims as “three.” But Gaffney wasn’t at the shooting scene, so he should’ve only listed one or two officer victims, indicating himself and his partner, who interacted with McDonald blocks away before the shooting.

The fact that each officer put three, Safer argued, again proves they got together to get their stories straight.

As for March, Safer claimed the detective immediately began “shaping the narrative” of the shooting as an aggravated battery investigation with the soon-to-be deceased McDonald identified as the perpetrator.

Stephenson did not explain her ruling beyond stating that she was denying the defense requests.

With the state case finished, the trial will resume Thursday, at which point defense attorneys may begin calling additional witnesses.

Below, more updates from the courtroom. 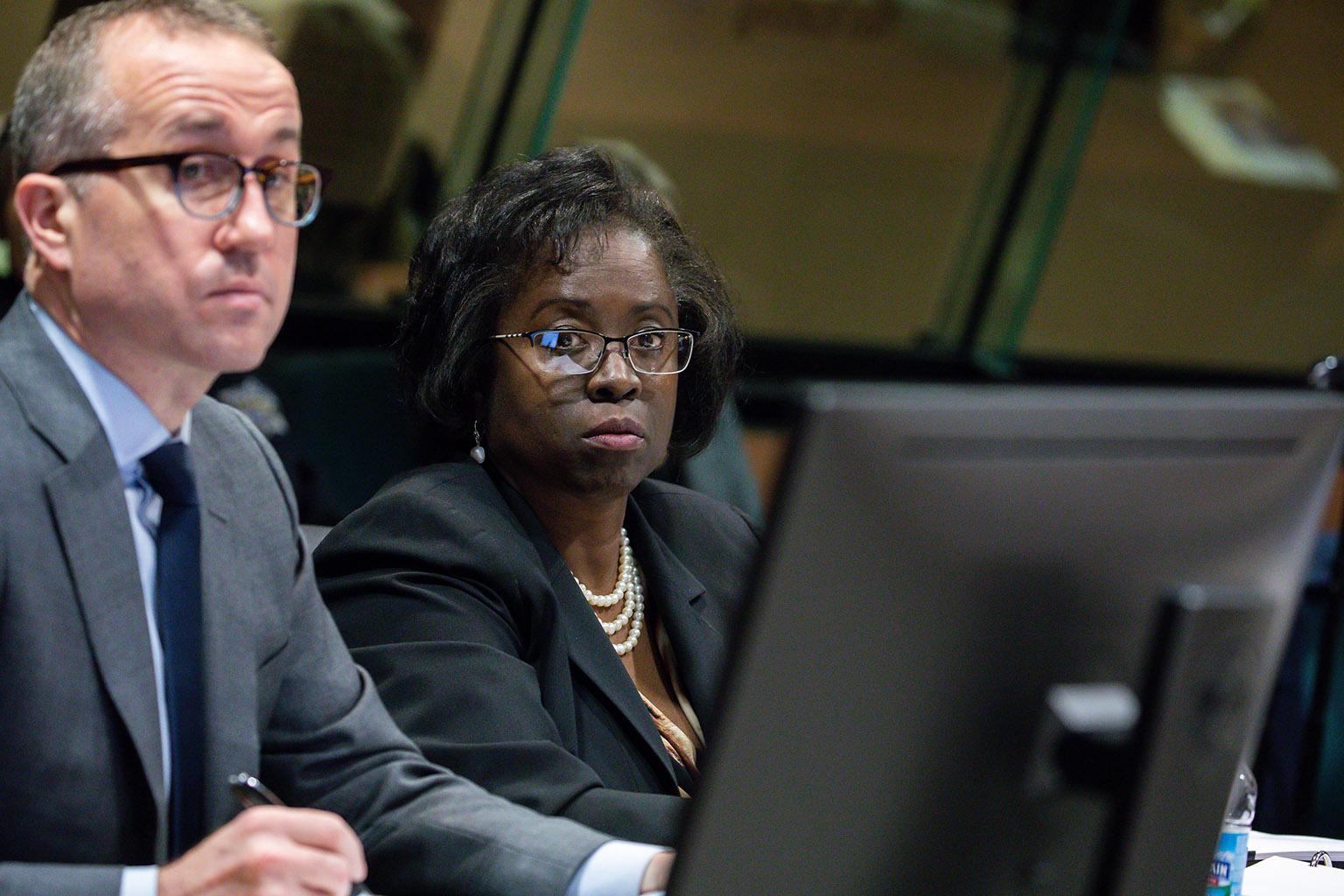 After four days of testimony from seven witnesses, special prosecutors announce they are resting their case against the three defendants.

Once Steve Maris finished testifying about Chicago Police Department emails, the state attempted to enter into evidence additional officer battery and tactical response reports filed by Gaffney and Walsh from incidents unrelated to the McDonald shooting. One of those reports came about seven years before McDonald was killed.

Prosecutors allege as part of the cover-up, Walsh and Gaffney intentionally and incorrectly filed officer battery and tactical response reports to make it appear they and Jason Van Dyke had been battered by McDonald.

These other reports would have presumably shown the officers knew how to fill them out correctly.

But the defense argued these reports were irrelevant to the case at hand and would only result in a “mini trial” of these unrelated incidents. Judge Stephenson agreed, ruling the reports could not be admitted.

The state then immediately rested its case. 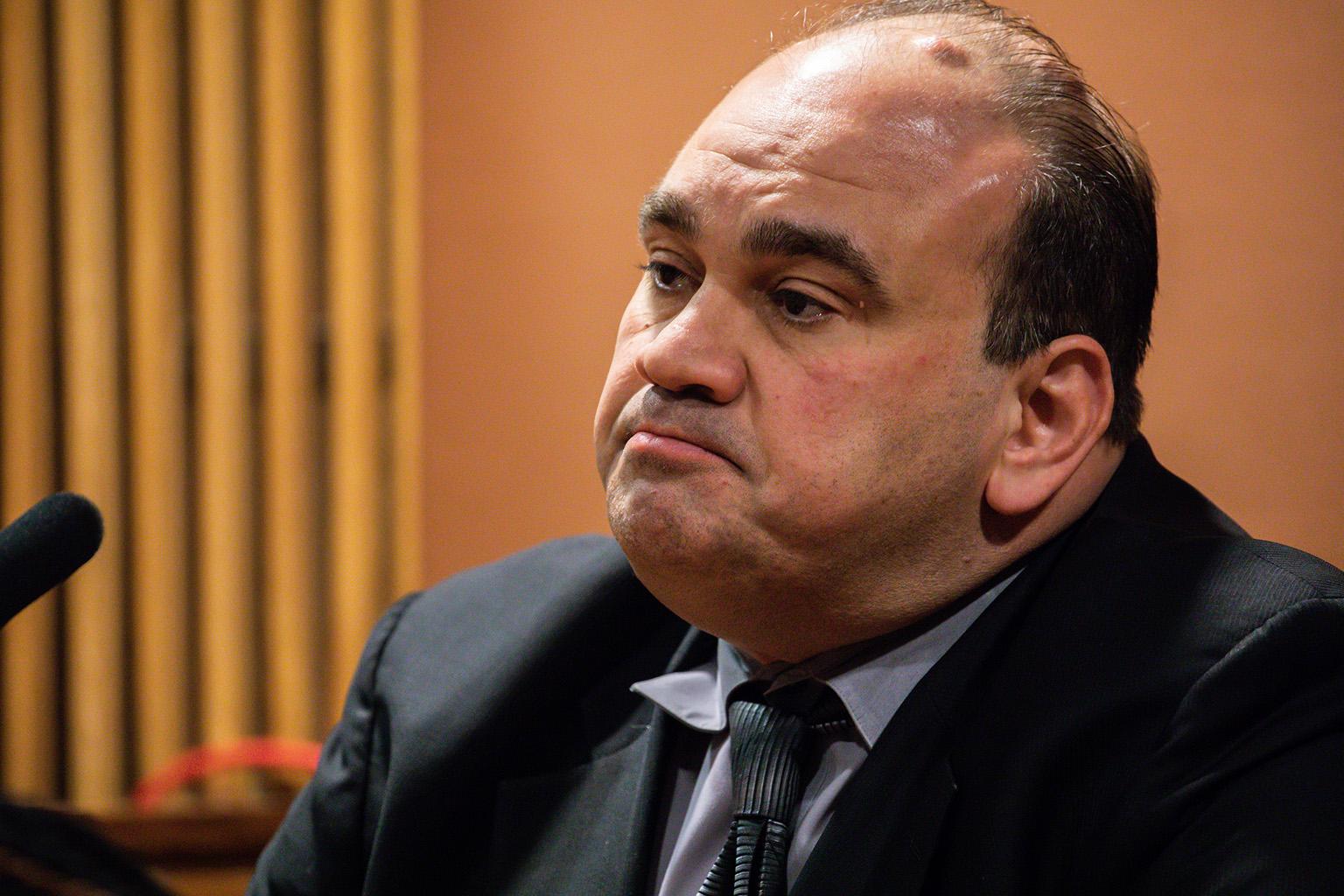 The state called its seventh witness, Steve Maris, director of the police department’s Information Services Division, to lay a foundation and validate the police emails special prosecutors fought to admit.

Among those emails was a message sent by Sgt. Anthony Wojcik to Lt. Daniel Gallagher two weeks after McDonald was killed. In it, Wojick claims Van Dyke had retreated slightly before shooting McDonald and suggests McDonald took a “fight stance” and continued advancing on officers before he was shot.

“Offender chose his fate, possibly suicide by police,” the email states. “We are trained to shoot until the threat is eliminated, defeated or neutralized. Officer did exactly what he was trained to do.”

Dashcam video of the shooting shows Van Dyke did not retreat, but took steps toward McDonald before shooting, and the teen did not appear to be walking toward officers or taking a “fight stance” before he was killed.

“We should be applauding (Van Dyke) not second guessing him,” Wojcik concludes in the email.

Attorneys on both sides presented lengthy arguments about the admissibility of those emails last Thursday. Defense attorneys said the emails are hearsay and don’t include any direct statements from the defendants.

But prosecutors argued the emails are exempt from hearsay rules because they include untrue statements that are based on false evidence the men included in their official reports of the shooting.

Stephenson ruled last month the emails would be admissible at trial, but the defense asked her to reconsider that ruling just before the state rested its case. After Stephenson’s decision, the state is set to call its final witness, a CPD records custodian who will testify to the validity of the emails.