Were three Chicago police officers adhering to an unofficial “code of silence” when they allegedly tried to cover up what really happened the night Laquan McDonald was killed? Or were they simply working by the book through the high-pressure scene of an officer-involved shooting?

Each of the men have been charged with conspiracy, official misconduct and obstruction of justice after they allegedly falsified reports from the scene of the shooting to “conceal the true facts of the events” surrounding McDonald’s death.

Related: Who’s Who in the Laquan McDonald Shooting Conspiracy Trial

In her opening statements Tuesday, special prosecutor Patricia Brown Holmes said the men violated the public’s trust when they lied in official reports and shooed away eyewitnesses from the scene after Officer Jason Van Dyke shot and killed McDonald in October 2014.

“It boils down to what the defendants wrote on paper versus what is shown on video,” Brown Holmes said. 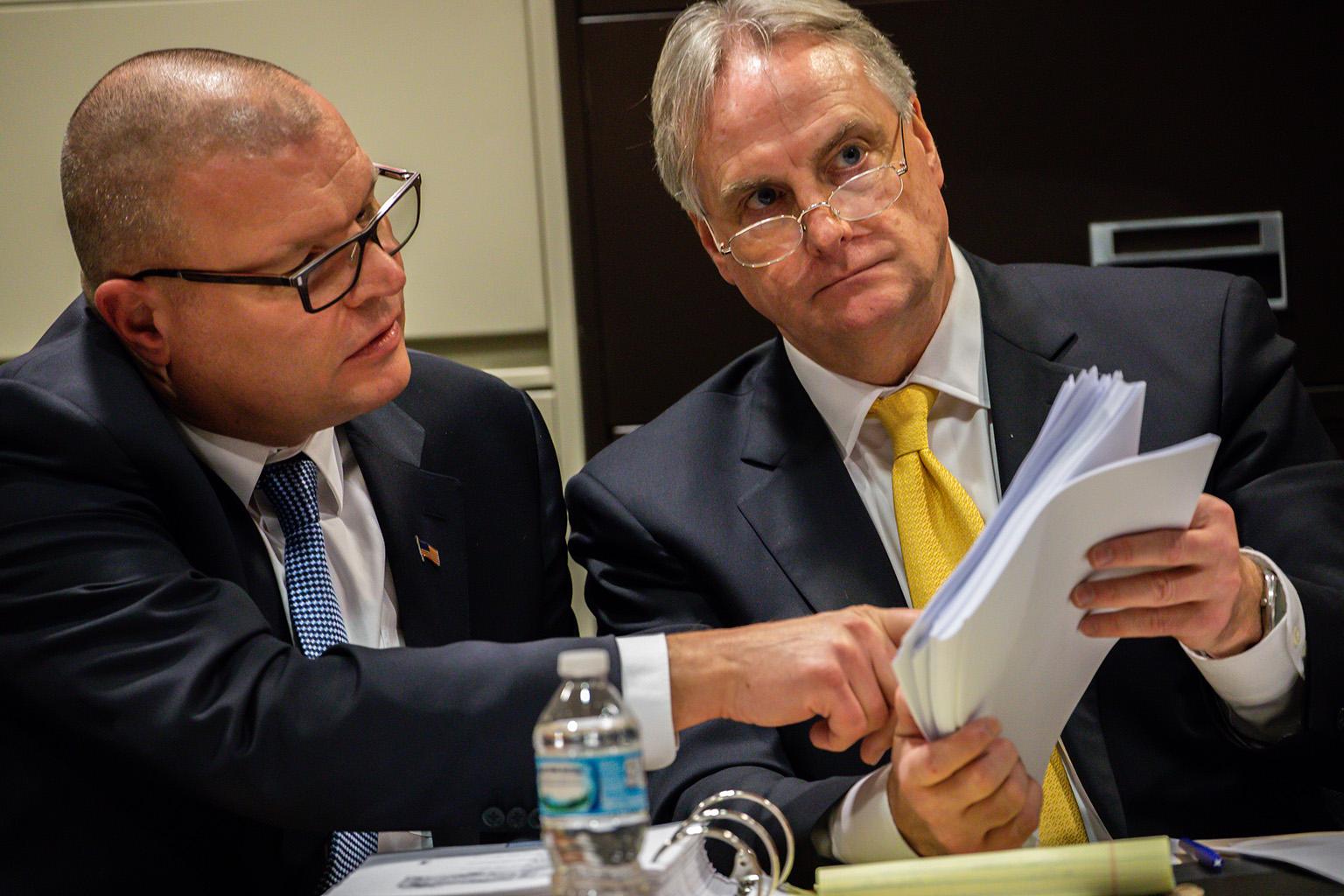 The three men have each opted for a bench trial, meaning Cook County Associate Judge Domenica Stephenson will decide their fate.

Prosecutors allege Van Dyke and the defendants conspired to cover up what really happened at the scene by submitting “virtually identical false information” in official reports to help shield Van Dyke from a criminal prosecution. Van Dyke was eventually convicted of second-degree murder and 16 counts of aggravated battery at trial last month.

More: Updates from the courtroom

Much of the testimony Tuesday came from Joseph Perfetti, the director of the CPD’s records services division. He read through more than a dozen police reports related to the McDonald shooting, which stated McDonald had used a knife to attack Van Dyke and other officers before he was killed.

Those reports, which were entered into evidence Tuesday, include details that McDonald was swinging his knife in “an aggressive manner” and had moved to attack and injure Van Dyke before he was shot.

They also list Van Dyke, Walsh and Gaffney as “victims” and state Van Dyke only fired after McDonald used “force likely to cause great bodily harm or death.”

Dashcam footage of the incident released more than a year after the shooting showed that while he was carrying a knife, McDonald did not attack Van Dyke or injure any other officers in the moments before the shooting.

March, the lead investigator into the shooting, also allegedly directed Officer Dora Fontaine to include that false information in her own report about the shooting. She will testify at trial as a state witness.

Defense attorneys for the three men in their opening statements focused largely on McDonald and his actions before the shooting. They pointed to a knife attack inside a nearby truck yard. They discussed how McDonald stabbed at a CPD squad car and ignored countless orders to drop his knife.

“This case is about law and order,” said James McKay, who represents March, in his opening statements. “It’s about Laquan McDonald not following any laws that night. There must be some individual responsibility attached to McDonald.”

Each defendant has denied that a conspiracy exists. Todd Pugh, the attorney for Walsh, said his client had no oversight responsibilities and his involvement in the shooting investigation ended only hours after it occurred. Will Fahy, who represents Gaffney, said his client didn’t even witness the shooting, so he couldn’t have attached himself to any cover-up.

“They don’t have a lick of evidence that there was any type of conspiracy,” Fahy told Stephenson. “We’re going to ask you to put an end to this madness and find (the defendants) not guilty.”

The trial is set to resume Wednesday morning. Below, updates from day one in the courtroom.

An investigator for the Cook County Medical Examiner’s office says March told him McDonald had “lunged” at officers while still holding his knife, a statement prosecutors believe shows the conspiracy was in motion only hours after McDonald was shot.

Earl Briggs, the second state witness, testified that March called the medical examiner’s office just before midnight on the night of the shooting, identified himself and gave a narrative of the incident based on his initial investigation.

Briggs recalled March telling him that McDonald had “lunged” at Van Dyke, which prompted the shooting. Dashcam footage of the shooting shows no such action. Briggs said he read this statement back to March to confirm its accuracy, and the detective again affirmed the information.

Defense attorneys had objected to Briggs even taking the witness stand, saying the statement March allegedly made was hearsay and should be excluded. Stephenson disagreed.

On cross-examination, March’s attorney James McKay suggested it could have been someone else who made that phone call to Briggs since the investigator had no previous knowledge of what March’s vice sounds like. Briggs, however, stood by his report and said the caller said he was March and offered the detective’s star number and beat as identification. 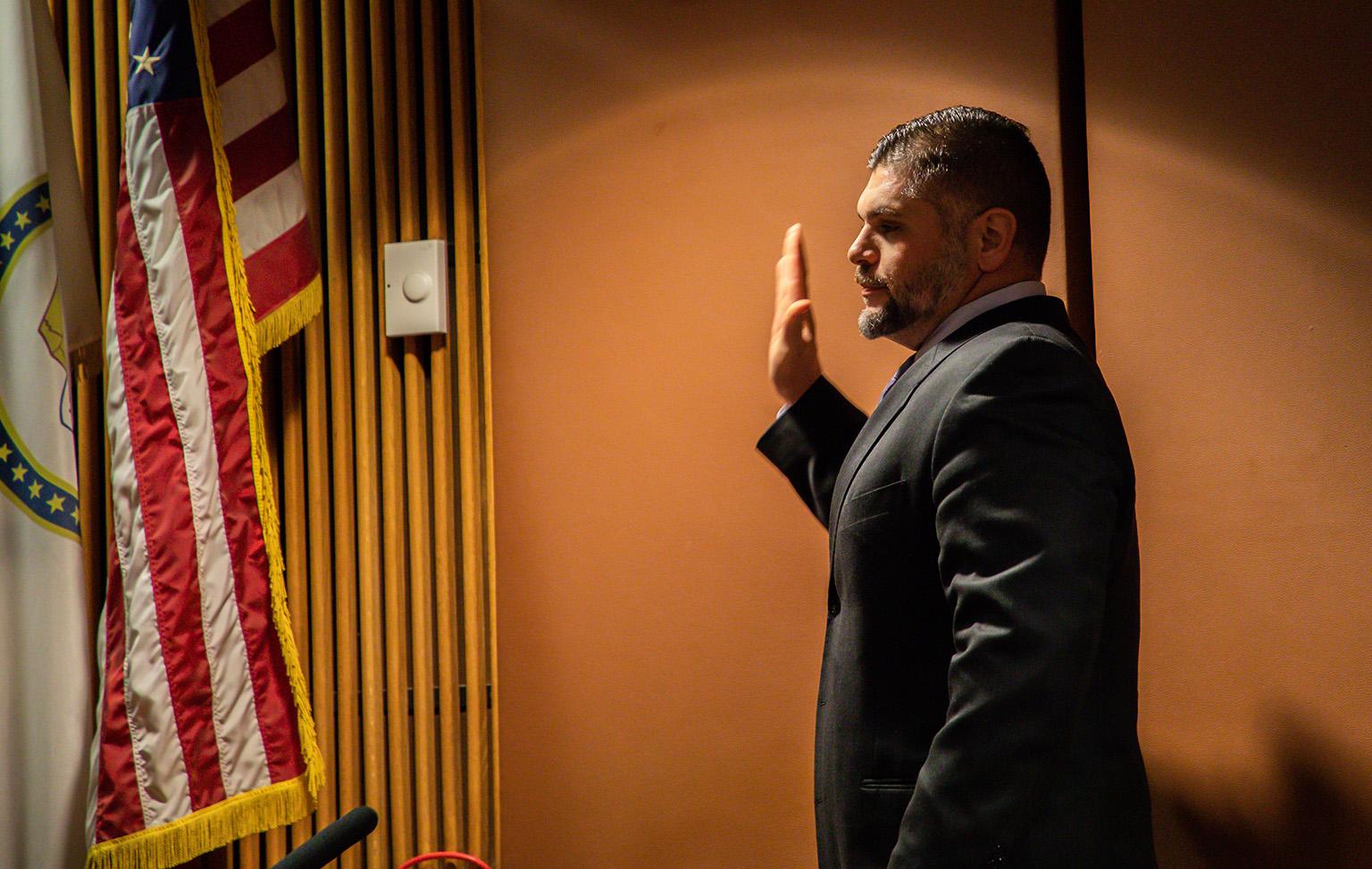 Joseph Perfetti, director of the CPD’s records services division, testified at length Tuesday about more than a dozen police reports relating to the McDonald shooting.

His testimony was included by prosecutors in order to enter those reports into the record as evidence. Many of those reports were filed by the defendants and identified Van Dyke, Walsh and Gaffney as victims, while claiming McDonald committed aggravated assaults against each man.

These reports, prosecutors claim, show March, Gaffney and Walsh conspired to enter falsified information about the shooting in order to help keep Van Dyke from being prosecuted.

On cross-examination, McKay showed his client, March, was the one who actually inventoried the dashcam video from the night of the shooting. He has previously argued that because March is the one who saved this footage, he couldn’t possibly have been involved in a conspiracy to cover anything up.

Like McKay, attorneys for Walsh and Gaffney focused much of their openings on McDonald’s actions before he was shot and killed.

Walsh had no oversight responsibilities after the shooting and his involvement in the investigation ended by the next morning, according to defense attorney Todd Pugh. Gaffney’s attorney, Will Fahy, said his client never even saw Van Dyke shoot McDonald so he couldn’t have been involved in any sort of cover-up.

“They don’t have a lick of evidence that there was any type of conspiracy,” Fahy told Judge Stephenson. “We’re going to ask you to put an end to this madness and find (the defendants) not guilty.”

In her opening statements, Special Prosecutor Patricia Brown Holmes said this case boils down to what the defendants wrote in their reports from the scene of the McDonald shooting versus what can be seen on dashcam video of the incident.

“This case is about violating the public trust,” she said.

Brown Holmes also pointed to Chicago police Officer Dora Fontaine, who is expected to testify that March told her to include false information in her report from the scene of the shooting and attributed false statements to her in his own report.

Brown Holmes said Fontaine’s “reward” for telling the truth was being called a “rat” and being told that she would not be safe during her street patrols.

Defense attorney McKay, however, said Fontaine has given multiple sworn statements since the shooting and has on occasion said March didn’t make her do or say anything.

“She is a liar,” said McKay, who represents March, “and all the previous under oath statements will prove that.”

In his own opening, McKay denied there was any conspiracy to cover for Van Dyke.

He said this case isn’t about a white officer shooting a black teenager, but instead about “law and order.” Like Van Dyke’s attorneys did at his murder trial, McKay put blame for the shooting on McDonald, saying he refused officer demands to drop his knife and was prepared to attack police before he was killed.

“For the love of God, McDonald never drops that damn knife,” he said, describing McDonald as “6-feet, 185 pounds with PCP running through his veins.” 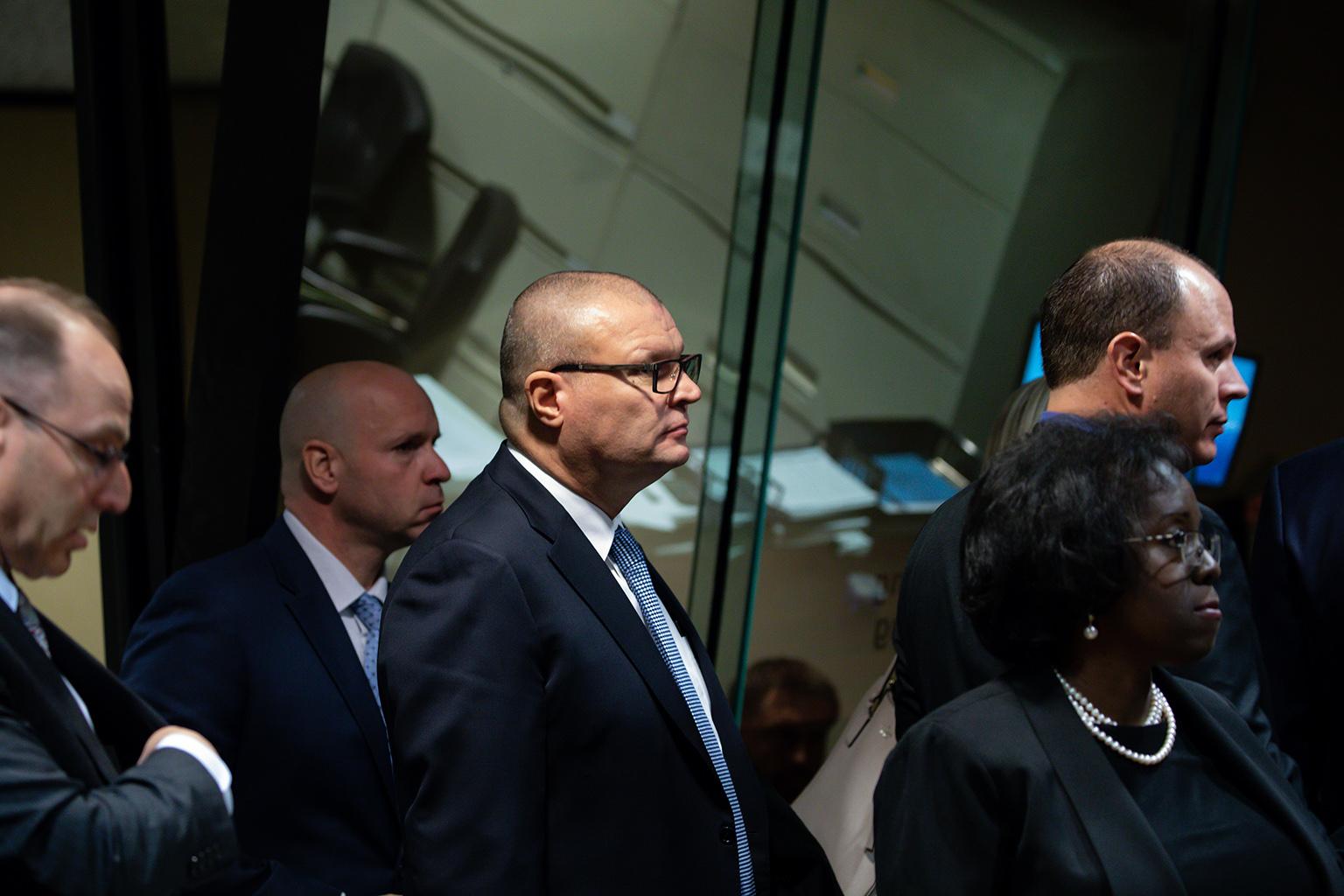 All three defendants appeared before a fully packed courtroom just after 11 a.m. Tuesday as the trial got underway. March, Walsh and Gaffney each formally waived their right to a jury trial under questioning from Cook County Associate Judge Domenica Stephenson. That means the case will proceed as a bench trial, with Stephenson alone determining if the men are innocent or guilty.

The small gallery in Stephenson’s courtroom has room for about 40 people and is separated from the rest of the court by thick panes of glass. It was standing-room only and some observers were turned away at the door as media, family and activists stuffed eight gallery benches.

Among the attendees are the Rev. Marvin Hunter – the uncle of Laquan McDonald – the Rev. Michael Pfleger and Chicago Fraternal Order of Police President Kevin Graham.