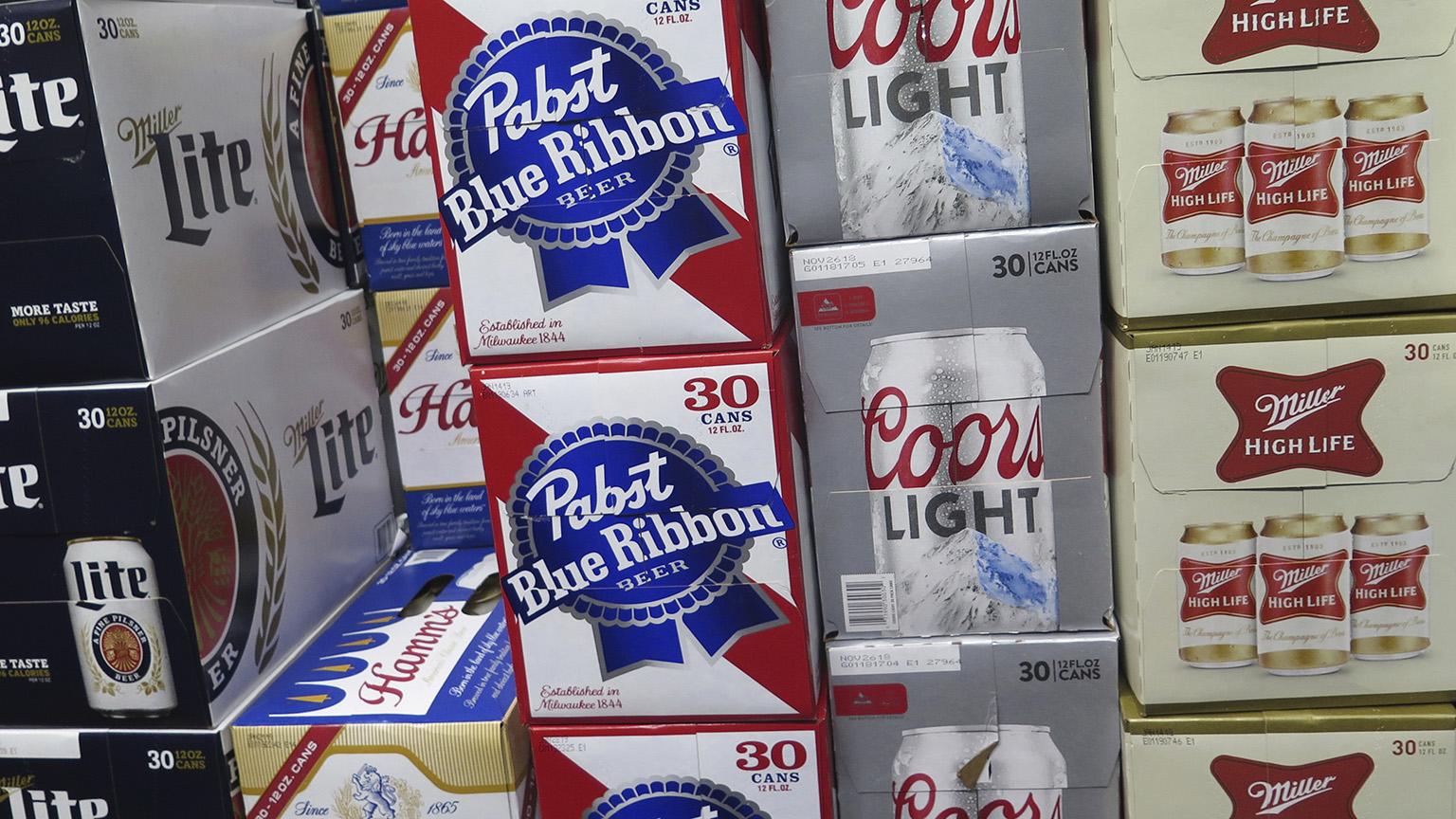 In this photo taken on Thursday, Nov. 8, 2018, cases of Pabst Blue Ribbon and Coors Light are stacked next to each other in a Milwaukee liquor store. (Ivan Moreno / AP Photo)

MILWAUKEE (AP) — MillerCoors and Pabst Brewing Co. settled a lawsuit Wednesday in which the hipster's brand of choice claimed the bigger brewer lied about its ability to continue brewing Pabst's beers to put that company out of business.

The settlement came as jurors were ending their second day of deliberations after a two-week trial in Milwaukee County Circuit Court. Details of the settlement were not disclosed.

“We have reached an amicable settlement in the case and are pleased to resolve all outstanding issues with Pabst,” MillerCoors LLC said in a statement.

In a separate statement, Pabst said it “will continue to offer Pabst Blue Ribbon and the rest of our authentic, great tasting and affordable brews to all Americans for many, many years to come.”

Since 1999, Chicago-based MillerCoors has made and shipped nearly all of Pabst's beers, which include Pabst Blue Ribbon, Old Milwaukee, Lone Star and Schlitz. Pabst’s lawyers argued in the company’s 2016 lawsuit that MillerCoors worried that Pabst would cut into its market share and devised a plan to stop brewing for the smaller competitor. MillerCoors’ attorneys called Pabst’s claim a conspiracy theory and said the company was simply deciding what makes economic sense.

The agreement between MillerCoors and Pabst, which was founded in Milwaukee in 1844 but is now headquartered in Los Angeles, expires in 2020 but provides for two possible five-year extensions. The companies disagreed on how the extensions were to be negotiated: MillerCoors argued it had sole discretion to determine whether it can continue brewing for Pabst, whereas Pabst said the companies must work “in good faith” to find a solution if Pabst wanted to extend the agreement but MillerCoors lacked capacity.

However, Pabst said internal documents from MillerCoors showed the company was worried about competition from Pabst and went as far as hiring a consultant to find a way to get out of the brewing agreement.

“They decided upon the solution before determining their sufficient capacity,” Adam Paris, one of Pabst’s lawyers, said during closing arguments Tuesday. “Their problem wasn't a capacity problem. Their problem was a financial problem.”

Pabst needs 4 million to 4.5 million barrels brewed annually and claims MillerCoors is its only option. Pabst’s lawsuit sought more than $400 million in damages and a court order for MillerCoors to honor its contract.

MillerCoors’ attorney, Eric Van Vugt, told jurors that Pabst presented them with “a tale of conspiracy and deceit that frankly is pretty compelling,” but not true.

“Most of what you heard is a complete distortion of the evidence. It was taken out of context, the facts were distorted, keywords dropped,” he said.

MillerCoors and Anheuser-Busch, which have the biggest U.S. market share at 24.8 percent and 41.6 percent, respectively, have been losing business to smaller independent brewers, imports, and wine and spirits in recent years, according to the Brewers Association, a U.S.-based trade group. Overall U.S. beer sales have declined, with shipments down from 213.1 million barrels in 2008 to 204.2 million in 2017, according to the association.

Anheuser-Busch doesn’t do contract brewing, leaving MillerCoors as the only U.S. brewery with the capacity to make Pabst’s beers.

During contract-extension negotiations in 2015, MillerCoors announced it would close its brewing facility in Eden, North Carolina, and that it eventually might have to shutter another facility in Irwindale, California. Pabst contended that MillerCoors refused to provide any information to substantiate its claim that it would no longer have the capacity to continue brewing Pabst’s beers.

MillerCoors’ attorneys said at trial the company was obligated to project its future capacity to determine whether it could continue its partnership with Pabst, and that it always intended to keep brewing for Pabst until the expiration of the contract, which included a two-year wind-down provision. That meant MillerCoors would still brew for Pabst through 2022.

Pabst Says MillerCoors is Trying to Put it Out of Business