US Officials: It’s OK to Eat Some Romaine, Look for Labels 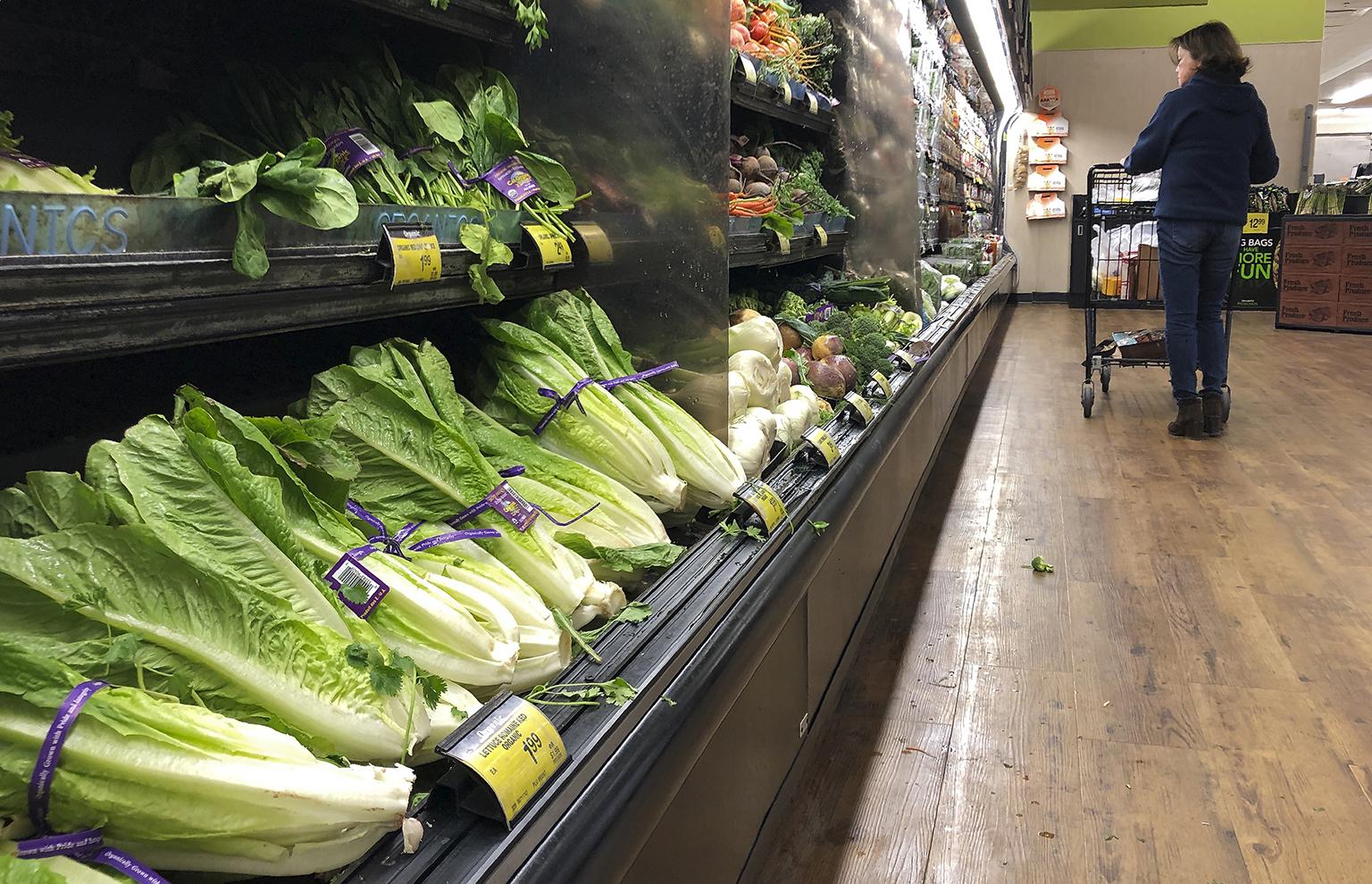 Romaine lettuce still sits on the shelves as a shopper walks through the produce area of an Albertsons market Tuesday, Nov. 20, 2018, in Simi Valley, Calif. (Mark J. Terrill / AP Photo)

The Food and Drug Administration narrowed its blanket warning from last week, when it said people shouldn't eat any romaine because of an E. coli outbreak. Two individuals in Illinois have tested positive for this same outbreak strain of E. coli, according to the Illinois Department of Public Health.

The FDA said Monday the romaine linked to the outbreak appears to be from the California's Central Coast region. It said romaine from elsewhere should soon be labeled with harvest dates and regions, so people know it's OK to eat.

The labeling arrangement was worked out as the produce industry called on the FDA to quickly narrow the scope of its warning so it wouldn't have to waste freshly harvested romaine. An industry group said people can expect to start seeing labels as early as this week. It noted the labels are voluntary, and that it will monitor whether to expand the measure to other leafy greens and produce.

The FDA said the industry committed to making the labeling standard for romaine and to consider longer-term labeling options for other leafy greens.

Robert Whitaker, chief science officer of the Produce Marketing Association, said labeling for romaine could help limit the scope of future alerts and rebuild public trust after other outbreaks.

"Romaine as a category has had a year that's been unfortunate," Whitaker said.

The FDA still hasn't identified a source of contamination in the latest outbreak. There have been no reported deaths, but health officials say 43 people in 12 states have been sickened. Twenty-two people in Canada were also sickened.

Even though romaine from the Yuma, Arizona, region is not implicated in the current outbreak, it was blamed for an E. coli outbreak this spring that sickened more than 200 people and killed five. Contaminated irrigation water near a cattle lot was later identified as the likely source.

Leafy greens were also blamed for an E. coli outbreak last year. U.S. investigators never specified which salad green might be to blame for those illnesses, which happened around the same time of year as the current outbreak. But officials in Canada identified romaine as a common source of illnesses there.

The produce industry is aware the problem is recurring, said Jennifer McEntire of the United Fresh Produce Association.

"To have something repeat in this way, there simply must be some environmental source that persisted," she said. "The question now is, can we find it?"

Growers and handlers in the region tightened food safety measures after the outbreak this spring, the industry says. Steps include expanding buffer zones between cattle lots and produce fields. But McEntire said it's not known for sure how the romaine became contaminated in the Yuma outbreak. Another possibility, she said, is that winds blew dust from the cattle lot onto produce.

McEntire said the industry is considering multiple theories, including whether there is something about romaine that makes it more susceptible to contamination. Compared with iceberg lettuce, she noted its leaves are more open, thus exposing more surface area.

Since romaine has a shelf life of about 21 days, health officials said last week they believed contaminated romaine could still be on the market or in people's homes.

Food poisoning outbreaks from leafy greens are not unusual. But after a 2006 outbreak linked to spinach, the produce industry took steps it believed would limit large scale outbreaks, said Timothy Lytton, a Georgia State University law professor. The outbreak linked to romaine earlier this year cast doubt on how effective the measures have been, he said.

But Lytton also noted the inherent risk of produce, which is grown in open fields and eaten raw.

The Associated Press Health & Science Department receives support from the Howard Hughes Medical Institute's Department of Science Education. The AP is solely responsible for all content.

Americans, Canadians Are Warned Not to Eat Romaine Lettuce

A Sweet Potato Pie Tradition That Almost Wasn’t, and Other Stories of Unforgettable Family Recipes