Supreme Court justices on Tuesday refused to rule on an Arkansas law regulating abortions administered with drugs rather than surgery in Planned Parenthood of Arkansas v. Jegley.

Arkansas can now enforce the law, which requires doctors who prescribe abortion drugs in the early weeks of pregnancy to have a contract with another doctor who will agree to handle any emergencies and can admit patients to a nearby hospital.

Planned Parenthood called the law medically unnecessary and sued to block it.

“Arkansas is now shamefully responsible for being the first state to ban medication abortion,” Dawn Laguens, Planned Parenthood Federation of America executive vice president, said in an emailed statement. “This dangerous law also immediately ends access to safe, legal abortion at all but one health center in the state.”

Arkansas Attorney General Leslie Rutledge said in a statement that as the state’s top law enforcement official, she has “fully defended this law at every turn and applaud the Supreme Court’s decision against Planned Parenthood today.”

“Protecting the health and well-being of women and the unborn will always be a priority. We are a pro-life state and always will be as long as I am attorney general,” Rutledge said.

The court did issue a ruling Tuesday that police need a warrant to search a parked vehicle outside the owner’s house in Collins v. Virginia.

Other hot-button cases of the term will be decided by the end of June:

Mark Janus works in the Illinois Department of Healthcare and Family Services. He is not a member of the union but pays $45 a month for his “Fair Share” of the costs of collective bargaining. Union members pay more. He argues that forcing him to pay the union is against his First Amendment free speech rights.

Timothy Carpenter was convicted in a series of robberies after his cell phone location data was searched and seized over the course of 127 days without a warrant. Carpenter argues that the prosecutors violated his Fourth Amendment rights by obtaining the records without a warrant.

The ACLU argued that Masterpiece Cakeshop’s refusal to make a wedding cake for a gay couple was a violation of Colorado’s anti-discrimination laws. The Department of Justice wrote a brief in support of the baker, saying: “Forcing Phillips to create expression for and participate in a ceremony that violates his sincerely held religious beliefs invades his First Amendment rights.”

Was Wisconsin’s redistricting plan for state legislative districts passed by Republicans in the state’s House and Senate and signed by the Republican governor unconstitutional partisan gerrymandering?

In another voting rights case, the Supreme Court will decide whether it was legal for Ohio to have removed names of inactive voters from the voter rolls.

In one of the most watched cases of the term, Hawaii challenged President Donald Trump’s so-called “Muslim ban,” which excludes immigration from eight predominantly Muslim countries.

Can a state impose sales tax collection obligations on a retailer that has no in-state physical presence?

Joining us with what they anticipate from the high court:

Andy DeVooght, who clerked for Chief Justice William Rehnquist in 2002 and 2003. He is a partner at the firm Loeb and Loeb.

Michael Scodro, a partner at Mayer Brown and formerly the Illinois solicitor general. In 1998 and 1999, he served as a law clerk for former Justice Sandra Day O’Connor.

Carolyn Shapiro, who served as the Illinois solicitor general and clerked for Justice Stephen Breyer in 1996 and 1997. She is an associate professor of law at IIT’s Chicago-Kent College of Law where she is also the founder and co-director of the Institute on the Supreme Court of the United States.

Daniel Hemel, assistant professor at the University of Chicago law school and a former clerk for Justice Elena Kagan in 2014 and 2015. 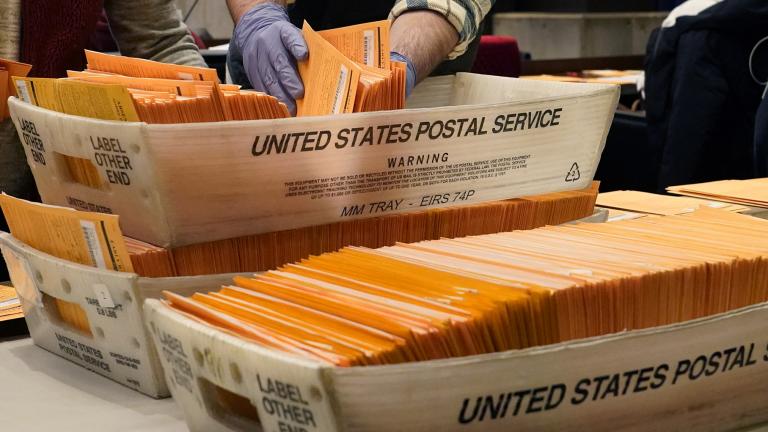 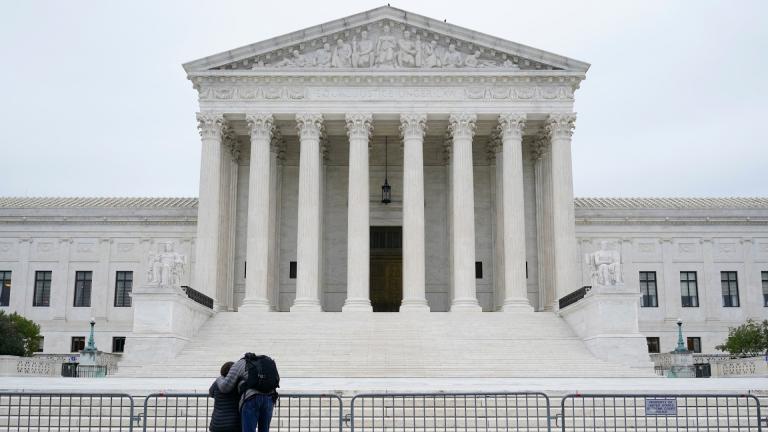