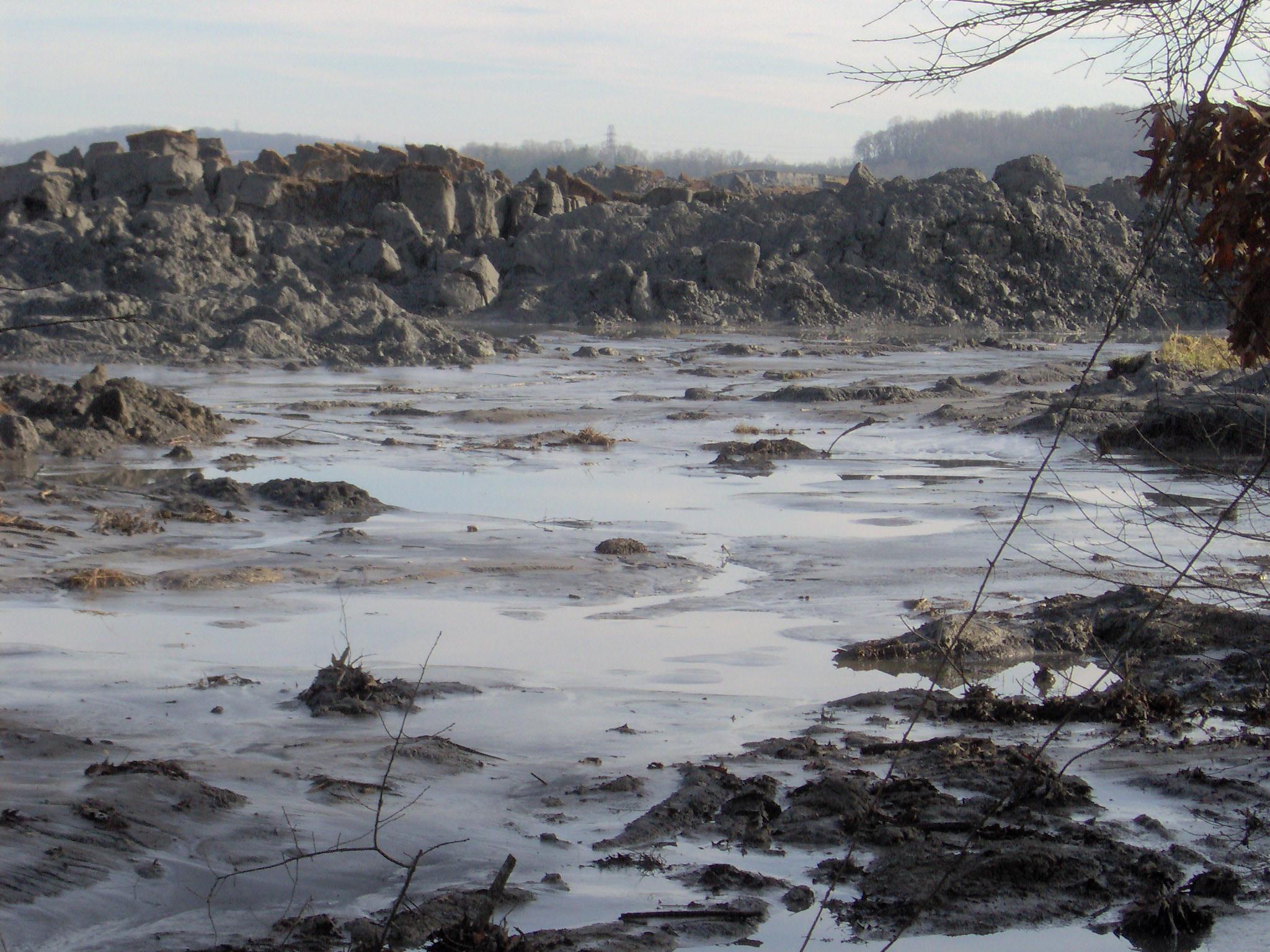 Piles of coal ash after a 2008 spill at the Kingston Fossil Plant in Tennessee. (Brian Stansberry / Wikimedia Commons)

U.S. Sens. Tammy Duckworth and Dick Durbin are speaking out against a proposal to weaken a federal rule protecting rivers and other sources of drinking water from pollution.

Earlier this week, a group of 10 Democratic senators including Durbin and Duckworth sent a letter to U.S. Environmental Protection Agency Administrator Scott Pruitt urging that his agency scrap a proposal to roll back regulations overseeing the disposal of coal ash generated by coal-burning power plants. Environmental groups say coal ash can pollute drinking water supplies if it is disposed of improperly and finds its way into groundwater or rivers.

A rule established in 2015 under the Obama administration set federal standards for disposing coal ash, but Pruitt’s EPA announced in September that it would consider revisions to the rule. The Trump administration has said that softening coal-ash regulations could save utilities $100 million annually in compliance costs.

In their letter to Pruitt, the senators state that coal ash contains toxic metals that can cause cancer, heart damage, lung and kidney disease and birth defects, and can even lead to premature death. An EPA risk assessment found that people living within 1 mile of unlined coal ash ponds have an elevated risk of cancer.

U.S. coal plants produce about 130 million tons of coal ash per year, much of which is disposed of as waste that can leak into sources of drinking water, according to the letter.

In 2008, a spill at a power plant in Kingston, Tennessee, sent more than 1 billion gallons of coal ash slurry (coal ash combined with water) into an adjacent river and bay, causing damage to homes and polluting area waterways.

A recent analysis found that coal ash deposited by energy company Dynegy Inc. has contaminated parts of the Vermilion River in east central Illinois, the state’s only National Scenic River.

“Coal ash is more toxic than typical household waste,” the senators wrote in the letter. “Regulating the disposal of coal ash requires steps beyond those intended for municipal solid waste landfills to address the particular threat of coal ash to groundwater, surface water, human health and the environment. We urge you to keep protections in place that ensure that a qualified technical professional certifies all judgments. This will ensure decisions are made with appropriate expertise to protect human health and the environment.”