Burr Ridge physician Dr. Robert Marshall ran for Congress in 1998 as a Republican.

In recent years, he has run for U.S. Senate as a Democrat (2010), and for the U.S. House of Representatives, also as a Democrat (2016). Now Marshall is running for Illinois governor, and argues that he has some unique prescriptions to fix the state’s problems.

Below, a Q&A with the candidate.

Chicago Tonight: Why are you running for governor?

RM: Well I just feel that I have a lot of unique solutions to our state’s problems. Simple as that. Our problems are high taxes. I’m opposed to this graduated income tax that all of my five (Democratic gubernatorial) opponents are for. Then I offer a unique idea to help solve the problem which is to divide the state up into three new states – three new separate and independent states. All of the debts and the pensions will be divided up and each state will … all of these things will be negotiable.

CT: I’ve read that you wanted to divide the state into four. Is that three new additional states to make four?

RM: No. I’ve changed my plan now. I’m trying to make it simpler and easier to understand. Four is a little too complex I think. Three is pretty simple. Chicago would be one of the states, it would be separate. The second state would be the suburbs. And then the third state would be the rest of the state outside the suburbs. That’s simpler and easier to understand and all this is doable I think. You’re not making small little states. Each state is a pretty good-sized state with the infrastructure, the people, everything to make a new state. The good thing about it is the debts and the bills and the pensions, everything would be renegotiable. Each state would negotiate how they wanted and each state would start off with a new constitution. Everything would be new. We’d start off with a better financial situation than we are in now.

CT: What is the process that would make that happen? Is there any precedent for sub-dividing a state like that?

CT: But what is the process? Would it require a statewide referendum? How would that work?

RM: This is controlled by the U.S. Constitution. The legislature in Springfield would approve the plan. It would be a simple majority – 50 percent plus one. They would devise a plan where the state would be divided up. Then it would have to be approved by the Congress in Washington. Once again, this would be 50 percent plus one. It’s not like an amendment or something where you require 60 percent or two-thirds or whatever. It’s 50 percent plus one and is doable in my opinion. That’s one of the reasons why I am running. I am presenting this to the people of Illinois and they have a choice, they have three choices: There is the Republican plan which is every other year they’ll raise taxes. Then there is the Democratic plan of my opponents that’s a graduated income tax – and for me that’s a tax increase for everybody that is doing well and every year your taxes go up because it’s graduated. And then there’s my plan which basically dissolves the state of Illinois as we know it now. It’s replaced by three states and each of these states solves these economic problems in its own way.

CT: What are the issues that you think are most important to the state to address that would form the rest of your platform?

RM: The second biggest problem are all these murders and shootings that are going on in Chicago. Maybe that’s the number one problem. And then my plan is to take the money … there are so many shootings because they are fighting over the drug money. There is an enormous amount of money in the drug trade so I think we should take the money out of the drug trade. We should legalize marijuana and that takes the money out of that and puts the money in a legalized business and then you put taxes on that business and you actually wind up making money. You put taxes on marijuana and all the other businesses it creates and you generate money. This has been done in other states so it is doable.

CT: You are running in the Democratic primary against candidates with more money than you and more name recognition than you. How do you plan to compete?

RM: Well I’m trying to compete by offering something that’s entirely different. In my opinion all five of my opponents are the same, they’re identical. They have the same program. The all want this graduated income tax. They want more programs that will result in property taxes and sales taxes and federal taxes. All of that requires raising taxes by a large amount and I’m against all of that and therefore I’m hoping this difference – and me presenting the only candidate with this difference will appeal to people across the state. It’s going to be a divided race. If I was going against one of them or even two it would be really difficult, but there’s five of them. They are all very strong candidates and I think 300,000 votes might win the race and maybe I could do that. It is true that I don’t have name recognition and I sure don’t have the money. So I’m depending on the media. The media has to do a fair and balanced and non-biased coverage of the race and then maybe I’ll have a chance.

Marshall joins Phil Ponce to discuss why he’s running for governor and his plans for the state. 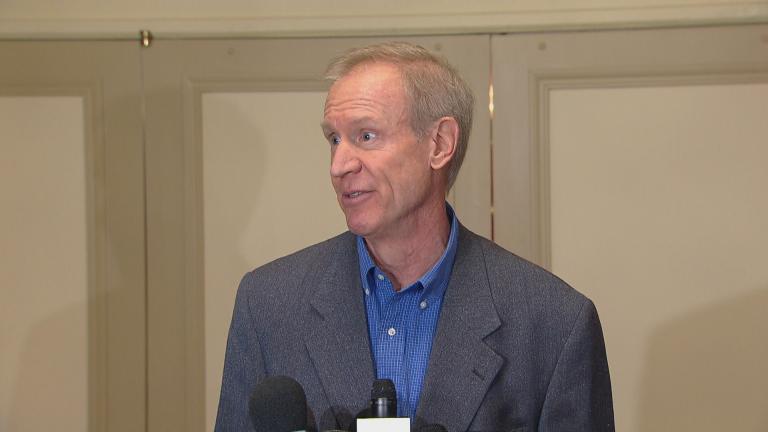 Gov. Rauner Seeking Re-election: ‘I Am Not in Charge’

Dec. 4: Gov. Bruce Rauner came into office selling his credentials as a deal-making businessman who could turn Illinois around. But nearly three years into his term, Rauner said he’s “not in charge.” 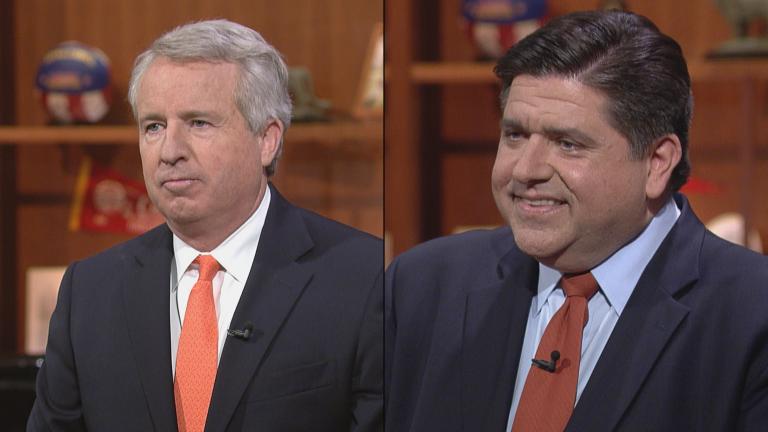 Nov. 27: Amid forecasts that Illinois’ race for governor could break national spending records, two Democratic candidates have released information that begins to show just how much money each has to help fund their campaigns.

Meet the 5 Republicans Hoping to Take on Sen. Dick Durbin